Will Ferrell and Kristen Wiig’s Lifetime movie is either totally happening, not happening at all 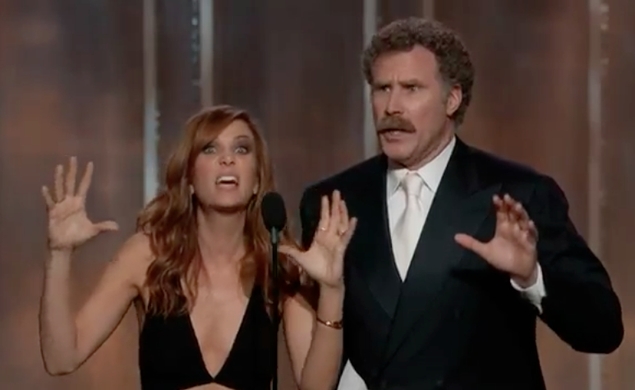 Some dreams have to die (maybe). Yesterday, we giddily reported on the apparent existence of a Will Ferrell- and Kristen Wiig-starring Lifetime film titled A Deadly Adoption. It sounded deadly and adoptive and secret and wonderful. But now it’s not to be (maybe).

The film certainly seemed like a particular clever (and particularly manipulative) April Fools’ Day gag, but The Hollywood Reporter, which first broke the news, swore up and down that it was a real project that not only was really going to happen, but that had really been shot already. (In cases like these, it’s important to emphasize the really of the situation.)

That’s true. Or not. And the film is being released. Or not. Or, you know what, I don’t even know what to think right now.

To clarify, a timeline: THR broke the story on the afternoon of April 1. By the morning of April 2, the news had spread round the worldwide web. By the evening of April 2, Entertainment Weekly revealed that the film had been scrapped, specifically because the news—again, secret news!—had been leaked to the press. Despite that news, The Wrap then posted that the film had not been scrapped. Both reports arrived yesterday evening with giant “EXCLUSIVE” tags on them.

I don’t know who to believe anymore.

Entertainment Weekly’s scoop comes directly from the source, with Ferrell reportedly telling the outlet, “We are deeply disappointed that our planned top secret project was made public… Kristen and I have decided it is in the best interest for everyone to forego the project entirely, and we thank Lifetime and all the people who were ready to help us make this film.”

Notice anything weird about that? The original story held that the film had already been made (which EW notes in their report), but Ferrell’s statement makes it sound as if the film has not been made. Moreover, if the film has been made, “It’s unlikely Ferrell and Wiig have any control on whether it ever makes it to air.” One EW observer added a little heat to the situation, saying, “The only leverage Ferrell has is Lifetime not wanting to piss him off… But what difference does it make if they piss off Ferrell? He will never work again with Lifetime.”

After that report came The Wrap’s report, which claims that the film is very much still on, with TV Editor Jethro Nededog writing, “contrary to reports that the project was DOA, Lifetime is moving forward with its Will Ferrell, Kristen Wiig television movie, individuals with knowledge of the project told TheWrap. On Thursday, other news outlets reported that the movie had been pulled, but that may have been a ploy from Ferrell’s camp after news of the secret movie leaked on Wednesday evening to the actor’s displeasure.”

Additionally, the outlet claims that the film has definitely been shot and is being primed for a summer release.

My hands are in the air and I am shaking my head and looking mostly dazed and glazed. Is this movie real? Will it air? What day is it? Who am I? Who are you? Has a Lifetime movie ever inspired this much reportage? Will this entire situation eventually turn… deadly? (Sunglass raise.)