Will Ferrell and Kristen Wiig made a secret, deadly Lifetime movie 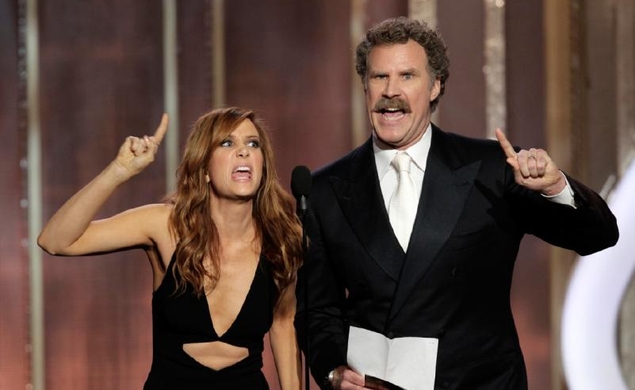 Alert, alert: This is not a (late) April Fools’ Day joke. Although it always pays to be extra-vigilant when ingesting entertainment news that broke on April Fools’ Day, this late-breaking tidbit is very, very real. And it’s funnier than probably 98 percent of yesterday’s actual April Fools’ Day gags.

The Hollywood Reporter shares that Will Ferrell and Kristen Wiig have teamed up to star in a “top-secret Lifetime movie” titled A Deadly Adoption. A “campy” send-up of Lifetime’s usual fare, the “dramatic thriller” (we’re guessing it might be more appropriate to call this one an “overly dramatic thriller”) will feature the duo as “a successful couple who house and care for a pregnant woman (played by 90210 alum Jessica Lowndes) with the hopes of adopting her unborn child—then things quickly go awry.”

It’s a funny enough move by the cable network, which is most well-known for its unintentionally awkward television movies, and Lifetime is very much in on the gag: The film will hit small screens this summer, just as the company is celebrating its 25th anniversary.

Just how top-secret is this feature? Well, it’s already been made. Directed by Rachel Lee Goldenberg (director of a slew of comedy shorts and a pair of actual television movies, including Escape From Polygamy) and penned by Andrew Steele (a former Saturday Night Live writer who also wrote Ferrell’s Casa De Mi Padre and the miniseries send-up The Spoils Of Babylon, which both Wiig and Ferrell appeared in), the movie is already in the can.

Rest assured, we already know that the duo can gloriously, strangely overact with each other anyway:

Lifetime, home of such storied made-for-TV movies as Mother, May I Sleep With Danger? and The Babysitter’s Seduction, has recently shown an interest in getting in on the joke, thanks to hilarious (and often, just plain hilariously weird) offerings like The Unauthorized Saved By The Bell Story and Lizzie Borden Took An Ax (which has now inspired an entire Christina Ricci-starring series, apparently about Lizzie Borden just scaring the crap out of people). Hey, if you can’t beat ’em, join ’em. (But don’t attack them with an ax.)