A director is born? Bradley Cooper wants to direct Beyonce in new A Star Is Born 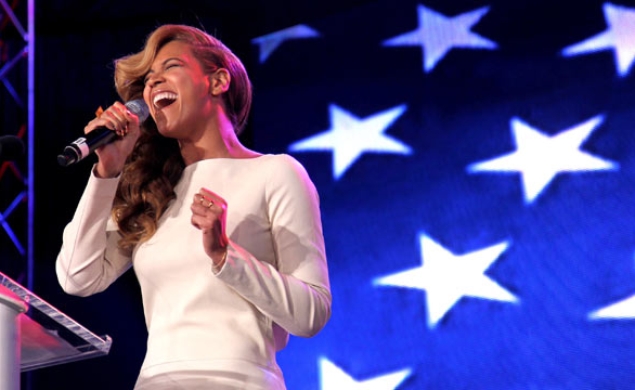 Here’s a tragedy: if you Google image search “Bradley Cooper singing,” the results turn up a heap of nothing (well, besides a shot of the actor hysterically grinning in a bathtub and a bunch of stills of him starring in the Broadway smash hit The Elephant Man). Cooper, it seems, doesn’t like singing, hasn’t done it on the big screen, and apparently doesn’t dabble in the karaoke arts. If, however, you go a bit deeper and turn that Google image search into a video search, you’ll soon discover why the actor doesn’t appear to be into hitting high notes. Just…just watch.

If, in fact, Cooper has any kind of singing-centric stage fright, he will have to get over that soon. Deadline reports that Warner Bros. is currently negotiating with the actor to turn that long-gestating A Star Is Born remake (well, a remake of a remake of a remake, if we’re being clear) into his directorial debut. The studio is also reportedly hot to have Cooper star in the film (in the Kris Kristofferson role, the James Mason role, or the Fredric March role, depending on which version of the story you feel the most personal affinity towards).

Cooper’s ties to the feature are oddly deep, as his American Sniper director Clint Eastwood was set to direct a new take on the material way back in 2011, until the project was seemingly permanently delayed by the news that music superstar Beyonce Knowles, who had been eyed to star in the feature (in the Barbra Streisand role, the Judy Garland role, or the Janet Gaynor role, again, depending on your own affinities), was pregnant. Both Eastwood and Knowles eventually moved on, though Warner Bros. appears desperate to re-attach the star to this newest version of the feature. Deadline reports that, once the studio locks in Cooper, they’re going after Knowles again. The outlet does note, however, that Knowles has not been “re-approached formally,” which probably means she’s reading about this on social media and blogs, just like the rest of us.

Weirdly enough, Cooper was also in the mix to star in the Eastwood/Knowles feature that never got off the ground. (Can we also take a small moment to rejoice in the fact that Eastwood, who massacred my beloved Jersey Boys, will not direct this musical? Thank you for your support.) Was he born to play this role? Oh, gosh, probably not.

Cooper will also reportedly “take a pass” at the newest version of the script, penned by Will Fetters. Given that Fetters’ resumé includes films like Remember Me and not one, but two Nicholas Sparks properties (The Lucky One and The Best Of Me), it seems appropriate to have someone else give them a little looksee, even someone like Cooper, who currently has zero screenwriting credits to his name.

Should the deal come together, Cooper would also produce the film, which is at least something he has done before.

The actor/producer/screenwriter/director/maybe singer is reportedly still interested in directing Honeymoon With Harry, which he’ll likely star in alongside frequent co-star Robert De Niro, but Deadline believes A Star Is Born would come first.