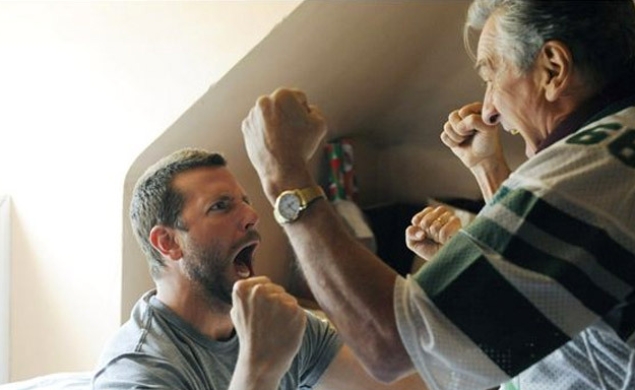 As is the case with seemingly every big star and beloved Hollywood talent, what Bradley Cooper really wants to do is direct. Much like mega-watt names that made the leap before him, from Ben Affleck to Jodie Foster to Clint Eastwood to the traffic sign in L.A. Story, it appears to only be a matter of time before Cooper steps behind the camera and gets himself a nifty new credit on his IMDb resume.

Deadline reports that Cooper appears to be inching ever closer to locking down his directorial debut, as the actor might be taking the reins of the Dan Fogelman-penned Honeymoon With Harry, a feature that he is also looking to star in. Bradley Cooper: overachieving multi-hyphenate.

The outlet reports that Cooper and one of his frequent co-stars, Robert De Niro, are “keen” to take on the story and work together again. (The pair memorably played father and son in Silver Linings Playbook.) The feature would see Cooper playing “a formerly self-centered womanizing booze-hound who changed his ways when he met a girl and fell in love.” Although Cooper’s character is indeed reformed by his lady love, her father (De Niro) never quite warms up to him. Sounds uproarious, right? Wait for it: Although Cooper and his girlfriend ultimately get engaged, she dies just before they’re set to be wed. Cooper’s would-be groom then takes off on their planned honeymoon, where he encounters De Niro’s character, who has come to spread her ashes on her favorite beach. Good God, get out the tissues now.

The sweet-sounding feature has been in the works for some time—Deadline notes that New Line has been working on the film for nearly a decade—but Cooper and De Niro have remained consistently interested in it. In fact, the duo did a table read of the one of the film’s scripts (first penned by Paul Haggis!) back in 2010. The film has been through a number of incarnations over the years, including the possible casting of Vince Vaughn and Jack Nicholson a number of years ago, but the addition of Fogelman signals that the studio really wants this thing to happen. Getting Cooper on board to direct it would only keep that momentum going.

Now, who wants to bet that Cooper will cast Jennifer Lawrence as that soon-to-be-dead fiancée?