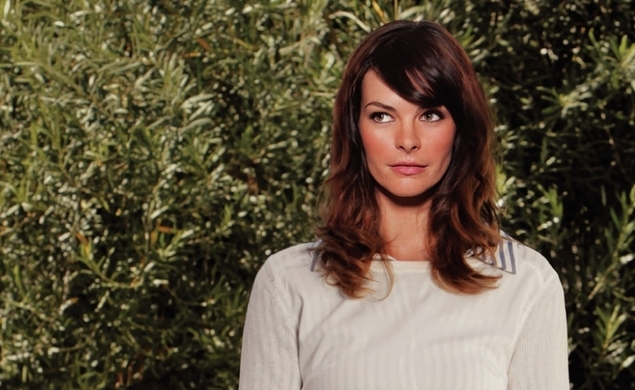 If you’re not yet familiar with Kelly Oxford, you will be, and also, I will explain her to you right now. Kelly Oxford is a brilliant comedy writer whom I feel totally jealous of and admire wildly in equal parts. Soon after joining Twitter in early 2009, Oxford—who was simultaneously raising three kids as a stay-at-home mom in Calgary and running a popular, anonymous blog about the process—gained a substantial following, thanks to hilarious, razor-sharp, and admirably dark tweets like “How do you get a red wine stain off a baby?” and, “If you can name 5 Kardashians but can’t name 5 countries in Asia, stick a knife in an electric socket.” While we were all posting careful accounts of our attempts at juicing and subtweeting our grade-school exes, Oxford was running the game, amassing famous followers ranging from Roger Ebert to Diablo Cody.

As she told the L.A. Times in 2012, “Twitter is like the back page of Tiger Beat, where you found celebrities’ addresses and you could write them a letter. On Twitter, all the celebrities and producers and writers and directors were there…It was suddenly an even playing field.” She—used?—that playing field (I can’t properly extend her sports metaphor, I’m sorry) to parlay her social-media success into a writing career: In 2013, she penned Everything Is Perfect When You’re A Liar, a series of essays about outrageous shit she’d done in her life that became a New York Times bestseller. Sample essay title: “An Open Letter to the Nurse Who Gave Me an Enema Bottle and Told Me to Do It Myself While I was High on Morphine.” Sample essay topic: The tale of the time she stalked Leonardo DiCaprio all the way to Los Angeles. This is a serious and admirable project I’ve thought of undertaking often. There’s still time, fortunately; see you soon, Leo and the LAPD.

Simultaneously, Will & Grace’s Jhoni Marchinko was offering to mentor Oxford and encouraged her to write a TV pilot (she’s sold two thus far, to CBS and NBC, though it’s currently unclear where they’re at development-wise); Oxford wrote and sold Son Of A Bitch to Warner Bros., a screenplay “about a young, pot-smoking party girl with a legion of loyal online followers who must reconcile her new motherhood with her online persona” (please let this be an autobiography?); and she helped Jimmy Kimmel come up with the concept for “Mean Tweets” (inspired, in large part, by her own social-media detractors, of which she has plenty, because she’s a successful, smart woman). And as of this weekend, she’s sold a movie pitch to Sony and producers Seth Rogen and Evan Goldberg.

There’s little info available about the project thus far, because Hollywood is annoying like that. But what we do know is that it’s currently called All The Way, and that it’s a “female-driven sex comedy.” Odds are it’ll be as cutting, clever, and no-holds-barred as everything else Oxford’s done—she’s often spoken about how she felt emboldened to write raunchier, more honest comedy after the critical and box-office success of Bridesmaids. “Before Bridesmaids, I never would have thought to pitch an R-rated girl-centric movie because I knew the odds of it going were pretty slim,” she told the L.A. Times. “But all of a sudden there is a market for this—the outspoken women.”

Fuck yes there’s a market. We’re here, and we want to be you I mean can’t wait to see your movie!