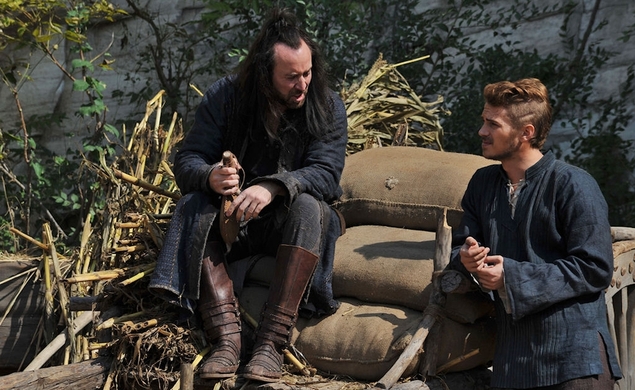 We may already know that the Nicolas Cage-starring Outcast is not very good—our own Chris Klimek called it “a crummy-but-no-worse-than-many-Ridley-Scott-joints hack-and-slash adventure set in 12th-century China,” which could be considered a rave in some circles, considering the general quality of Cage’s recent output—but the people of China have been cruelly unable to form their own opinion of the offering, after it was unceremoniously yanked from theaters mere hours before it was set to be released back in September.

The Nick Powell-directed medieval action outing landed on our shores just weeks ago, but news on the Chinese front had been oddly quiet, and the baffling choice to pull a film that had reportedly been “well received by all buyers who acquired it and even created a bidding war among U.S. buyers” and was already in line for a sequel only seemed, well, more baffling as time went on. Worry no more, however, because Outcast is finally getting a Chinese release.

The Hollywood Reporter shares that Outcast will open in China on April 3, and while its pushed release date is still confounding, its new place on the calendar means that “the movie can take advantage of the Chinese Tomb Sweeping Holiday on April 4 through 6,” which could certainly provide a big boost to ticket sales, which are reportedly already “selling well.”

As the outlet tells it, the reasons why the Yunnan Film Group yanked the film at the last minute have never been revealed. (The news was so unexpected, in fact, that THR shares that star Hayden “Christensen and other castmembers were in China for the launch when it was pulled.”) There are a few theories floating around, including the vague and hilariously ironic idea that “YFG was unhappy with the number of screens made available for the film.” So, let’s not give it any screens? Sure!