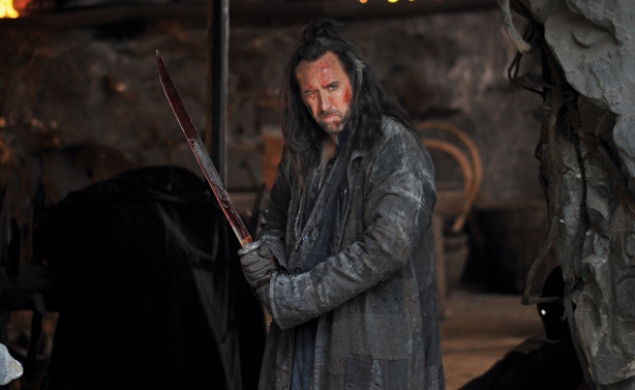 Outcast, Nicolas Cage’s latest medieval-era action flick, has been pulled from its Chinese release mere hours before it was slated to enter theaters. The specific reasons behind the Yunnan Film Group’s decision to withdraw Outcast from Chinese cineplexes has not yet been divulged, as Screen Daily reports that the organization could not share its rationale at the moment. Arclight Films, YFG’s partner on the project, has expressed confusion at this sudden change. “We are completely baffled – as far as we understood, the film had been cleared by China’s censors for release,” said Ying Ye, head of Arclight’s Asian label Easternlight Films, in a statement to Screen Daily. “The film was so well received by all buyers who acquired it and even created a bidding war among U.S. buyers. We are very frustrated that we were not informed.” Distributors in Singapore and Malaysia, where the film will premiere tomorrow, are similarly considering a two-week delay for Outcast’s release.

Much like the the film’s star, this decision proves extremely confusing and flies in the face of most logic and good sense. Cage has proven himself an extremely bankable star in China, winning the coveted Best Global Actor prize at the 2013 Huading Awards in Macau. On that red carpet, Huffington Post quoted him as saying, “I believe in the genius loci of a place, the genie of the place is what I call it. I absorb that energy and it affects performance wherever I go... Making a movie in China, I’m buzzing with good energy, I feel great here. I love the people I’m working with, I love the crew, and there’s a genuine warmth and enthusiasm that I get from my conversations.” See, China! Nic Cage loves your genies! Why would you do him wrong like this?

The film’s trailer suggests that Outcast contains all the major hallmarks of a Cagean megaflop. The Cage’s ratty tresses rank somewhere between Drive Angry and The Sorcerer’s Apprentice on the Bizarre Hairpiece Scale, he bursts into his signature wheezing cackle at least once, and yells things like, “I am the white ghost.” Even if Asian audiences may not be prepared to enter the Cage, let’s all hope that this hiccup won’t deny domestic cineplexes the chance to see Outcast in February 2015—or its already-in-the-works sequel.