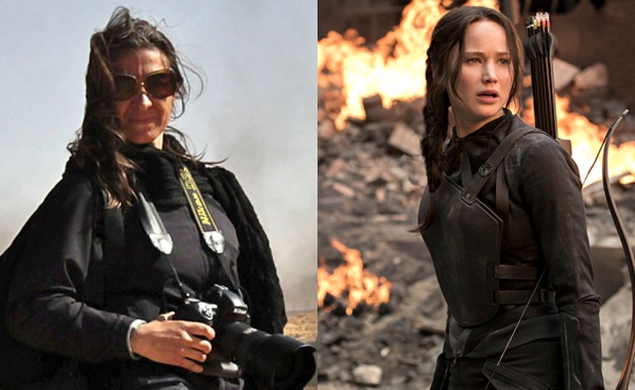 Steven Spielberg’s name appears in the public sphere so often, readers could be forgiven for forgetting that the man hasn’t actually directed a picture since 2012’s Lincoln (or, as it’s known to some, Civil War Horse). He executive-produced Transformers: Age Of Extinction last year and regular-produced last year’s The Hundred-Foot Journey, so thanks a bunch for those gems, Spielberg. What’s this guy ever done for us, again? But the director shall redeem himself after executive-foisting Scientist Mark Wahlberg on the moviegoing populace of America with a pair of new films: An adaptation of Roald Dahl’s novel The BFG, and Cold War thriller St. James Place. Add to that list of future business another, potentially even more exciting entry.

Deadline reports today that Spielberg has signed on to adapt photojournalist Lynsey Addario’s memoir It’s What I Do: A Photographer’s Life Of Love And War for the screen. Addario made a name for herself by fearlessly trekking into the most dangerous parts of the world to expose geopolitical injustice and give a face to the human lives caught in the crossfire. She spent a lot of time in Afghanistan during the American invasion in the wake of 9/11, in addition to reporting on the Iraq War, the genocide in Darfur, the rape epidemic in the Congo, and even the Libyan Civil War (which led to her brief kidnapping by pro-Muammar Gaddafi forces).

Deadline notes that It’s What I Do was a hotly contested property, with strong bids being made from Darren Aronofsky with Natalie Portman in the lead, Working Title Productions on behalf of Reese Witherspoon, and The Weinstein Company for George Clooney in the director’s chair. But it now belongs to Spielberg.

And for his leading lady, he decided it’d probably be best to go with the most famous actress on the planet, and hired Jennifer Lawrence. So what we’ve got here is a perfect storm of name recognition, with America’s most bankable director working alongside America’s most bankable star on a story about white people in the Iraq War, which recently and inexplicably became an extremely profitable subject. Get J-Law in fatigues on a movie poster, and it’s game over.

No release date has been announced as of yet, but don’t worry, you’ll know when this thing comes to theaters. Children living in secluded Indonesian villages will know.