Our Best Films Of The Half-Decade orphans 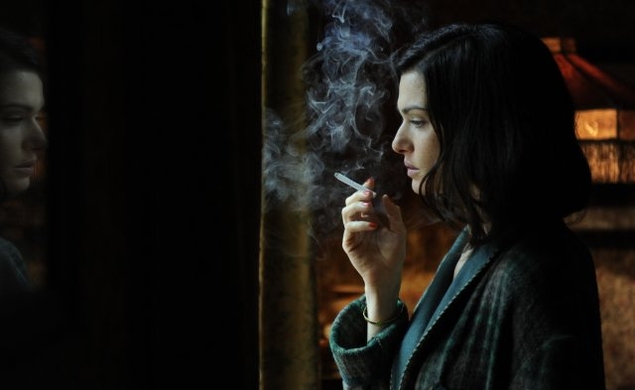 Earlier this week, we revealed parts one and two of our 50 Best Films Of The Half-Decade list. What’s great about publishing lists like these is that they’re thought-provoking and contentious, engendering lots of debate between The Dissolve staff and our always-thoughtful commentariat. What’s very, very sad is that as we form these divisive lists, some of our favorite movies get lost in the fray, left behind in the cold, because only one of us voted for them. Below, we give these poor, orphaned films the recognition they still so richly deserve.

Scott Tobias, The Deep Blue Sea: Another masterpiece from maybe Britain’s greatest filmmaker—close call with Mike Leigh—and I’m the only one to put it on my list?! Then again, Terence Davies’ The Deep Blue Sea is about how love flourishes without being shared, so perhaps my orphan pick is apropos. Whatever the case, Davies’ adaptation of Terence Rattigan’s 1952 play is a devastating chamber piece, a romantic tragedy set against the ruins of post-World War II London, where Hester (Rachel Weisz) creates some wreckage of her own. Abandoning her older husband (Simon Russell Beale, exquisite) for a tempestuous Royal Air Force pilot (Tom Hiddleston), Hester tries to build a life worthy of her consuming passions, but finds herself isolated, lonely, and finally suicidal in a one-room rental apartment. Weisz plays this suffocating heroine beautifully, complemented by a director whose interest in the decor, music, and culture of the past comes vividly to life. If we did a “Best Scenes Of The Half-Decade” list, a flashback where Londoners start a nervous chorus of “Molly Malone” in a subway station as German bombs rumble overhead would be near the top for me.

Keith Phipps, The Kid With A Bike: I wonder if the Dardennes suffered on this poll from too much consistency. I could just have easily have picked Two Days, One Night over The Kid With A Bike. They’re both great films from a reliably great filmmaking team. That said, I’m a little surprised to be the only person to have included this 2011 film, in which a boy wrestles with difficult moral choices without enough good angels in his life pointing him the right direction. It’s the rare depiction of childhood that captures the loneliness and isolation of being kid—and the way grown-ups can compound that loneliness and isolation. But there’s hope in it, too, as is usual with the Dardennes, even if it doesn’t come easily.

Genevieve Koski, Jiro Dreams Of Sushi: Given that most of the documentaries that made the big list are form-breaking and/or epic in some way or another, I’m not too surprised that something as relatively straightforward and low-stakes as Jiro Dreams Of Sushi didn’t appear on anyone else’s list. But it remains one of my favorite non-fiction films of the last half-decade—hell, I’ll say the last decade, even—for its simple beauty, both visually and narratively speaking. Director David Gelb puts as much emphasis on the wizened face of then-85-year-old sushi master Jiro Ono as he does on the man’s simply gorgeous culinary creations—which are easy enough to wave off as well-lit “food porn,” but are often as visually lovely and thoughtful as any work of art. Through his interviews with Jiro, his family members, and those who work for him at his Michelin three-star restaurant, Sukiyabashi Jiro, Gelb paints a compelling portrait of an obsessive perfectionist whose philosophies of life and food are closely intertwined. And while the “obsessive perfectionist” is a common documentary subject, few films approach them with such balance and thoughtfulness, an approach befitting the down-to-the-grain-of-rice rigor Jiro applies to his own craft.

Nathan Rabin, Best Worst Movie: The adapters of The Disaster Artist, Greg Sestero and Tom Bissell’s wonderfully out-there book about the making of The Room, will have formidable competition for best movie about a bad movie, not just from Tim Burton’s beloved Ed Wood, but also from Michael Stephenson’s Best Worst Movie. As a boy, Stephenson had the strange misfortune to star in 1990’s Troll 2, a popular favorite for most entertaining bad movie ever made. As chronicled in Best Worst Movie, the film was doomed from its inception. It had no relation to Troll, the film it was ostensibly a sequel to. Even more perversely, it had no actual trolls, and from the very beginning, there was a surreal and hilarious culture clash between its Italian filmmakers, out to spread a confusing pro-vegetarianism message, and its understandably bewildered cast. Best Worst Movie isn’t just funny and thorough in its postmortems on one of the most entertaining trainwrecks in B-movie history; it’s also unexpectedly poignant as well, particularly in its treatment of Troll’s director Claudio Fragasso, who doesn’t understand why audiences laugh uproariously at Troll 2 when it’s not a comedy. Best Worst Movie has comedy, drama, show-business craziness—just about everything short of an appearance by an actual troll.

Tasha Robinson, The Cabin In The Woods: I’ve already made my detailed case for one of my list orphans, Tomm Moore’s fantastically beautiful animated fantasy Song Of The Sea, and at this point, I don’t think The Avengers needs anyone’s defense. So I’ll use this space to reiterate my praise for Drew Goddard and Joss Whedon’s The Cabin In The Woods, a pitch-perfect horror-comedy that I’m actually surprised didn’t rate with anyone else, considering it was a former Movie Of The Week that earned high praise from the staff. I think I said everything about it I’d want to say in my Keynote, but for the too-long-didn’t-read crowd, the short version is that it’s one of the most non-gratuitously bloody horror films I’ve ever seen, it’s smart about deconstructing horror while still playing into its tropes, and it’s a series of ongoing positive surprises. In its first few weeks of release, I dragged half a dozen friends who hate horror movies to see it, and they all loved it—and were surprised they loved it. It’s such a tight, emphatic, streamlined story in terms of doing exactly what it wants to do, and that for me makes it endlessly rewatchable.