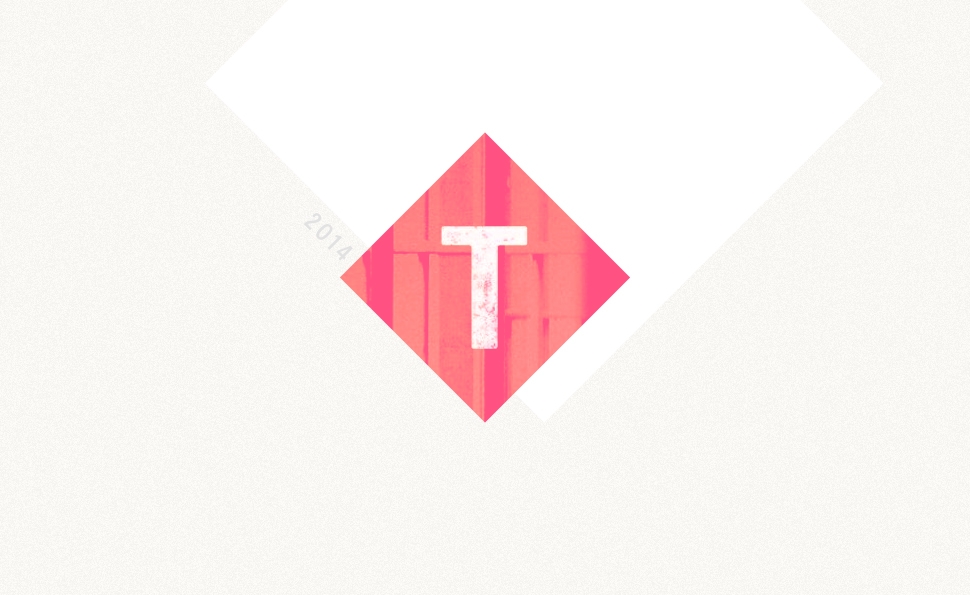 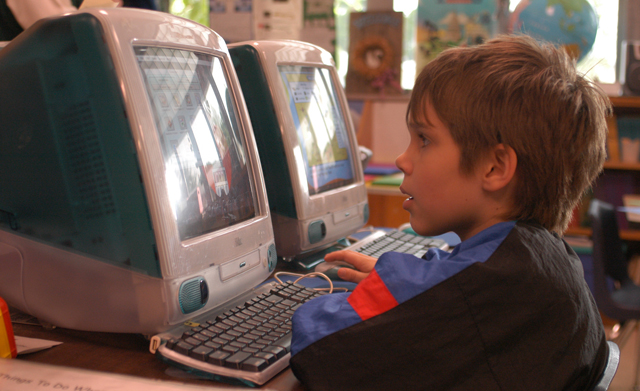 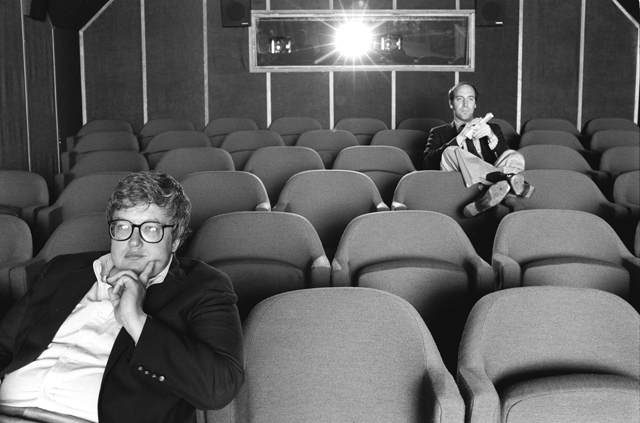 For Chicago film critics, the Roger Ebert biopic Life Itself is required viewing: It’s a smart, concise history of film criticism in Chicago and beyond, as filtered through the life and death of a colleague. For everyone else, it’s only strongly suggested viewing: powerful, frank, and honest, but also full of riveting revelations and behind-the-scenes access to, for instance, Ebert’s contentious relationship with Gene Siskel. While Studio Ghibli’s Hayao Miyazaki holds down the traditionalist fort for the studio, his longtime partner Isao Takahata is free to experiment with visual styles and storytelling, and The Tale Of The Princess Kaguya is the latest stylish, evocative result. An animated Japanese fable about a girl born from a bamboo stalk to country peasants, and raised as a princess, it’s a dreamy, mournful study of duty vs. personal desire in magical fairy-tale Japan. Director Adam Wingard and screenwriter Simon Barrett made a huge step forward from the cheap, gritty horror of You’re Next to The Guest, a thriller that makes tremendous use both of Dan Stevens, in a mesmerizing performance, and of 1980s horror moviemaking. It’s genre-aware without being snarky or meta, and it’s essentially the ideal version of the film Stoker was trying to be. David Michôd finally followed 2010’s breakthrough Animal Kingdom with The Rover, which puts the same bleakness and intensity (and Guy Pearce-iosity) into a much more propulsive and streamlined story of a man in a post-apocalyptic Australian wasteland trying to get his car back, and unwillingly bonding with one of them, played by a never-better Robert Pattinson. And Michael Fassbender proved in Frank that it’s possible to be mesmerizing and charismatic even from inside a giant fake head. The film plays a complicated game with the nature of fame and artistic creation, and wraps up in a sad, startling, but satisfying way. 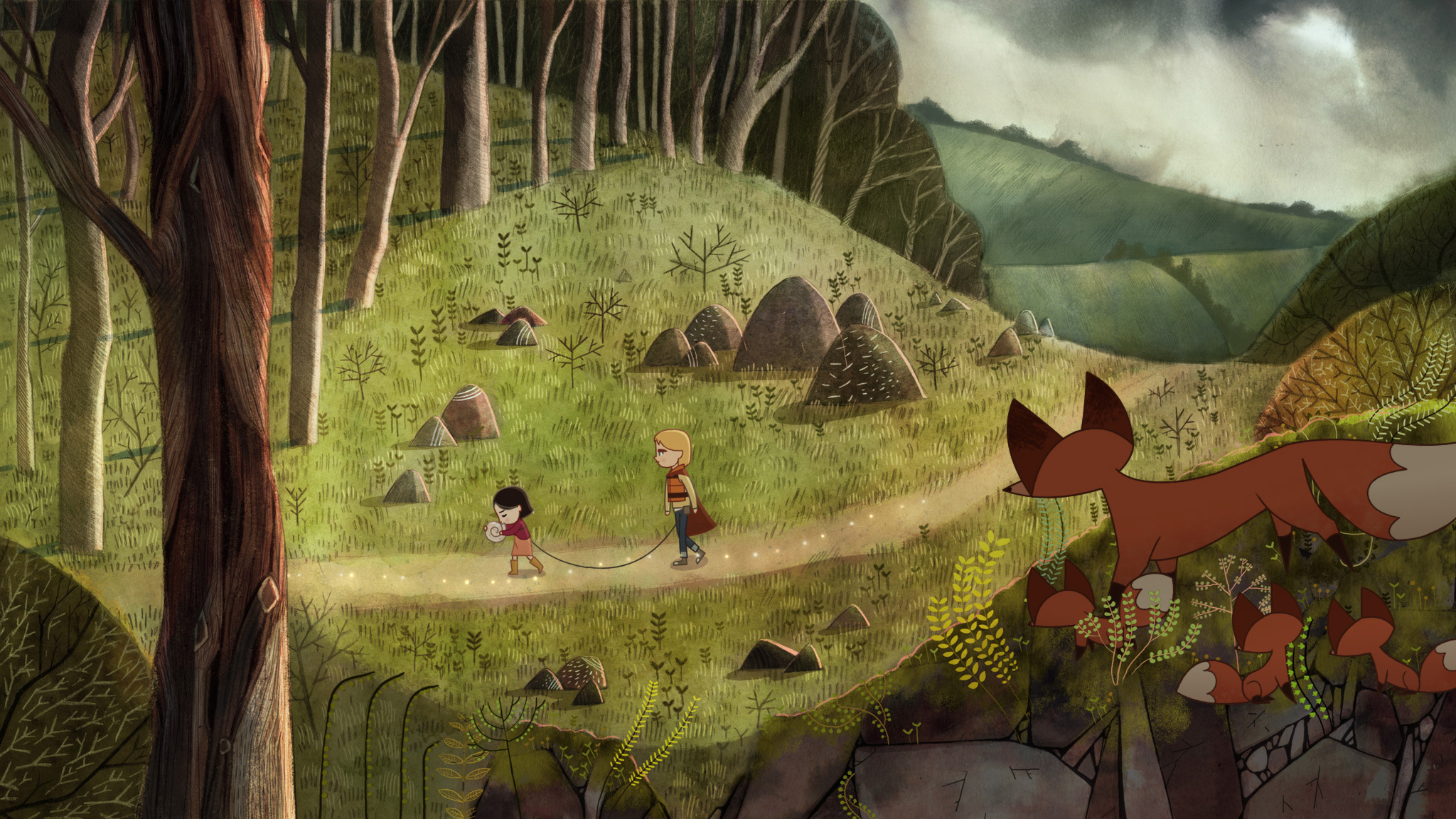 Tomm Moore’s staggeringly beautiful 2009 animated film The Secret Of Kells really was a well-kept secret: When it turned up on the Best Animated Film nominee list at the Oscars, most Americans hadn’t even heard of it, because its release had been so limited and unheralded. His follow-up, Song Of The Sea, already seems destined to follow the same course: Sneaking into New York theaters in late December, it barely qualifies as a 2014 release, and most people won’t even have heard of it yet. But if daring filmmaking and dazzling visuals still have the power to spin up word of mouth, the film should have a long shelf life. Moore ups the ante on his animation style, preserving Secret Of Kells’ sense of elaborate textures moving in perpetual lazy harmony against each other, like clouds drifting across the sky—but he adds even greater density and detail, and suffuses them all with rich color. (Check out the trailer for a small sample.) And he mates this distinctive style with another distinctly Irish story, this time centering on a selkie and her relationship to a bevy of other Irish myths. It’s a wise and knowing family story, but also an exhilarating, breathtakingly beautiful fantasy. Song Of The Sea has distinct touches of Hayao Miyazaki (especially Spirited Away), and it reaches his high standards. But it’s also distinctive and specific, the work of a director with a strong personal vision. 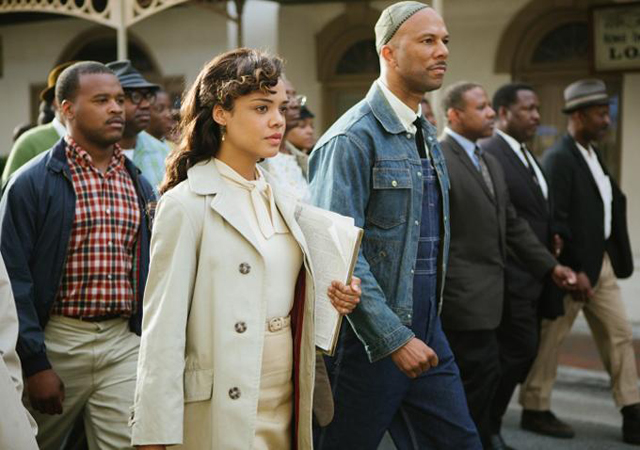 In a season so thoroughly, heartbreakingly defined by awareness-raising over unarmed black civilians killed by white police officers in Ferguson, New York, Cleveland, and elsewhere around the country—awareness-raising dominated by international protests demanding accountability—one scene in Ava DuVernay’s Selma feels particularly relevant and powerful. With Martin Luther King (David Oyelowo) and his inner circle of organizers and leaders observing, the black residents of Selma walk to the courthouse where they’ve been systematically, illegally blocked from registering to vote. Kneeling with their hands on their heads, the locals signal that they’ve come non-violently, that they’re registering their objections to racist policies and racist abuses, but that they will not fight back. And Sheriff Jim Clark, enraged by the demonstration and looking for an excuse to turn it into a riot, finds a way to escalate the situation into violence. That beautifully composed and shot image, of the demonstrators kneeling in mute resistance, inescapably echoes images from the current “Hands Up, Don’t Shoot” movement. And the mayhem that ensues is emotionally wrenching, thanks to Duvernay’s clear staging and the committed performances. Without underlining the point, the scene turns history into a living cycle—not something to look back on from a distance and a sense of pride over how awful people were back in the olden days, but as a stern reminder of John Philpot Curran’s axiom that the price of liberty is eternal vigilance.