Ava DuVernay and Oprah Winfrey to reunite for OWN series 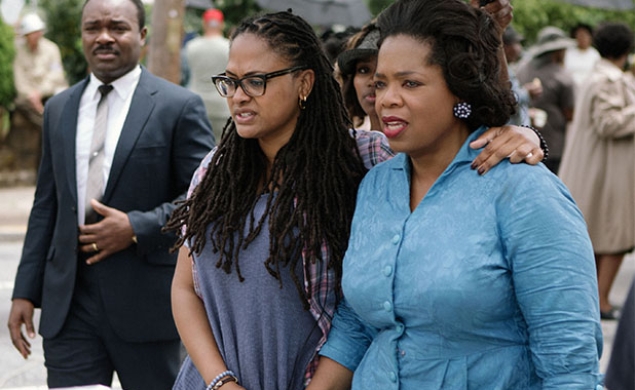 If you’ve ever caught the middle of an episode of Tyler Perry’s The Haves And The Have Nots and been totally confused but intrigued, or watched Oprah (i.e., if you are a human), you know that Oprah Winfrey is damn good at TV. This is partly because she is a massive talent, a smart, bold, and universally beloved empath who isn’t afraid to ask questions so uncomfortable that they turn Beyonce pink, but then she answers them anyway, because it’s Oprah, and Oprah trumps Beyonce in the very expensive game of poker that is the entertainment business. It’s partly because Oprah is ever-so-slightly insane, the kind of insane that manifests itself in too-big-to-fail ideas like The Haves And The Have Nots (a total mindfuck of a show, in the rich tradition of all Tyler Perry mindfucks, which is to say, why aren’t you watching it right now?). And it’s partly because Oprah is unimaginably wealthy and terrifying, and nobody will ever say no to her, lest they be chopped into pieces, boxed up, wrapped and tied with a complimentary ribbon, shoved under audience member’s seats, paired with a scented candle, and given away as prizes.

Clearly, Ava DuVernay does not want to be an audience prize—the much-lauded Selma director has agreed to take her talents to TV for a minute and create a new drama for the Oprah Winfrey Network, which is more colloquially known as “OWN” or “You Better Be Fucking Watching This Or Oprah Will Show Up At Your Grandmother’s House In Jersey And Give You That Disappointed Look She Gave Lindsay Lohan And It Will Totally Crush You.” DuVernay—who previously worked with Oprah when the latter produced and starred in Selma as civil rights protestor Annie Lee Cooper—will write, direct, and executive-produce the series, while Oprah will produce and have a “recurring role.” This marks DuVernay’s first TV project, and Oprah’s first time starring in a show on her own (OWN) network, which must have required Herculean levels of self-restraint, and I’m so proud of her.

DuVernay’s show will be based on Queen Sugar, a novel that Deadline reports “chronicles a spirited woman who leaves her upscale Los Angeles lifestyle behind to claim an inheritance from her recently departed father – an 800-acre sugar cane farm in the heart of Louisiana. Her world and identity are turned upside down as she and her teenage daughter attempt to navigate a new and very different environment while rebuilding their farm from scratch. She is met with curiosity and community, with resistance and romance. It isn’t long before a transformation begins and she realizes that she’s been living a lot farther from her Southern roots than mere miles.”

We all know Oprah loves her a good, life-affirming transformation (see: trying to fix Lindsay Lohan’s entire life last year; hiring Tyler Perry, who quite literally transforms on a second-by-second basis by playing every single character in all of his movies), so, in that sense, Queen Sugar fits in perfectly with her increasingly massive repertoire. And, appropriately, Queen Sugar marks a transformation for OWN—the series will be the network’s first scripted drama not written by Tyler Perry. This has to be unsettling for Perry. The good news is that Perry is also unimaginably wealthy and he will never be a Have Not. The really good news is that this means even more exposure for DuVernay, who’s proven she’s great at telling affecting stories about real women—her earlier works, including I Will Follow and Middle Of Nowhere, feature black female protagonists who are well-drawn, engaging, and, most importantly, central to their respective narrative. Hopefully, Queen Sugar will be a little more grounded in reality than the rest of OWN’s soapy programming. (But if it’s not, I won’t complain, because Oprah sees all.)