How not to talk about the Oscars 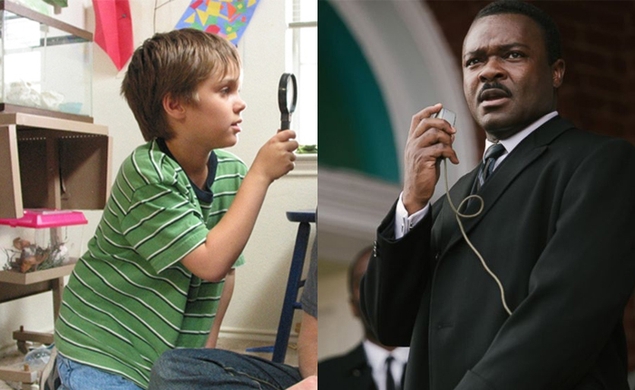 Let us pretend, for a moment, that the Oscars are what they ostensibly claim to be: a celebration of the best movies had to offer in any given year. There are useful conversations to be had around that, a chance to advocate for the movies, performances, and other achievements that deserve nominations—or perhaps alternate choices that are left on the outside looking in. And because the Oscars (and “awards season” more generally) are a topic of conversation for such a long time, roughly from the Toronto Film Festival in early-to-mid September to the ceremony itself in February, the occasion to watch these movies, talk about these movies, and (if you’re a publisher) write about these movies is fairly evergreen. There’s value in that, even if you’re the type to decry the year-end rituals of Top 10 lists and awards-giving as arbitrary or self-congratulatory, or have tastes that run counter to consensus.

Now let’s talk about the Oscars as they often are in reality: a knuckle-bruising campaign of cheap shots and innuendo, aided and abetted by a class of prognosticators who monitor the horserace like political pundits monitor the Ames Straw Poll. This season, we’ve witnessed phenomena like the kneecapping of Ava DuVernay’s Selma, which has gone un-nominated by the Producers and Directors Guild and whiffed in every category at the Golden Globes save for Best Original Song—all this despite a 99 Rotten Tomatoes score (100 until very recently), an A+ CinemaScore, and appearances on countless Top 10 lists, not to mention support from a major studio (Paramount) and producer Oprah Winfrey. The possible reasons? An op-ed about film’s supposed unfair treatment of Lyndon Johnson from a former LBJ assistant for domestic affairs, which set off a brushfire of related articles in support, rebuttal, or somewhere in between. Or maybe it’s simply that Paramount didn’t send out awards screeners until late in the game, essentially putting all its eggs in the Oscar basket.

There’s an ugliness to all this wrangling—and, in the case of Selma, some legitimately thoughtful considerations of push-and-pull between historical fact and artistic license—but now that the Golden Globes are over and the Oscars themselves are taking center stage, it’s about to get uglier. Because studios are running expensive and slyly aggressive campaigns, they naturally have the power to dictate not only what films get talked about, but how we talk about them. And so we’ll be seeing more of the worst kind of Oscar conversation, where one great movie is used as a cudgel with which to beat another great movie over the head. It goes beyond merely comparing apples to oranges—which I’m perfectly willing to do, since honeycrisp apples are plainly superior to even the juiciest orange—and finds us pulling each other’s hair in the social-media mudpit.

I addressed this comprehensively a couple of years ago, when The Artist, a perfectly charming little silent-movie pastiche, was elevated to Best Picture frontrunner, and thus needed to be cut down to size. And now I fully expect the affirmation of Boyhood at the Golden Globes will lead to a backlash that’s completely out of proportion to the movie on offer, all in the name of exalting another contender you feel is more deserving. Suddenly, a Richard Linklater film shot in secret over 12 years, with very little money and the support and distribution of an independent that’s rarely in the Oscar picture, starts to look like the same bloated, stampeding elephant the studios offer up every year. Or perhaps, in comparison to Selma, an avatar of white male privilege. (Like this from The Dissolve’s @-replies, literally seconds after writing this sentence.)

These are false rivalries, whipped up by high-stakes campaigns that will disappear the morning after like the circus blowing through town. I’m certainly not innocent of participating in the mud-slinging—see again, my irrational “hatred” of The Artist—and it’s not my place to silence those who genuinely believe that Boyhood isn’t the great achievement many claim, or that Selma is a grievous distortion of history, much as I’m inclined to disagree vociferously on both counts. But it’s worth remembering that this is a game we’re playing on Hollywood’s terms, and recognition from the Academy is only as significant as you choose to make it. Remember: You can like Boyhood and Selma. Maybe think twice before making it an either/or proposition.