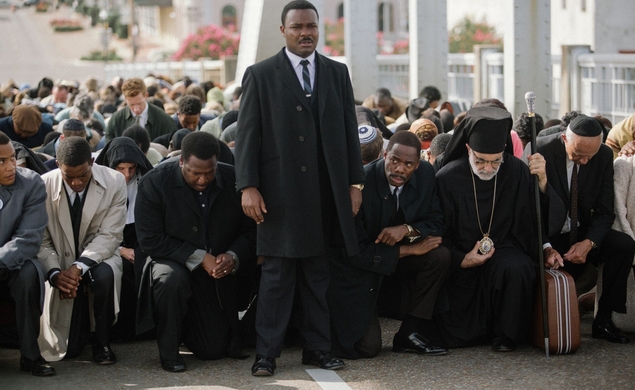 The PGA announced its nominations for its two categories yesterday, and while the theatrical motion picture section included plenty of usual suspects (from Boyhood to Birdman and back again), some current gainers (like The Grand Budapest Hotel and Gone Girl), and even a pair of very pleasant surprises (Nightcrawler and Whiplash), the list did not include a film widely believed to be making a run at the Best Picture Oscar: Ava DuVernay’s Selma.

Variety reports that this big-time snub might not be reflection of the film’s quality (shocking, we know), but a supposed “lapse” by Paramount in providing screeners to members of the PGA, who are apparently unable to attend a screening or find a movie theater on their own. Moreover, the outlet reports “Paramount sent DVD screeners to Academy voters in December, but not to the guilds. The film was also shut out from SAG Awards noms last month, again because voters hadn’t received screeners.” Wait, does this mean that some nominations are both political and totally ridiculous? Someone fetch the smelling salts.

Although the PGA don’t have a reputation for being contrarian or overly controversial with its opinions and nominations, this Selma snub isn’t the first time its nods have left out a major contender.

Last year, the group left off Ethan and Joel Coen’s beloved Inside Llewyn Davis (which went on to be further snubbed at the Oscars, where it was only nominated for cinematography and sound mixing, shutting out both the Coens and their star Oscar Isaac). The year before, potential contenders like The Master and Amour were also absent from the nomination list. Although The Master was nominated for a string of acting Oscars, it was ultimately shut out of that Best Picture race. (Amour was ultimately just nominated in the category, though it did win the Best Foreign Language Film trophy.) In 2012, the PGA also overlooked Terrence Malick’s The Tree Of Life, instead nominating films like The Ides Of March and The Girl With The Dragon Tattoo. Luckily for Malick, his film was still nominated for a Best Picture Oscar, though it lost to The Artist. Still, a snub by the PGA has recently proven to be a bad sign for a film’s Oscar chances, so here’s hoping Selma can break that mold.

The award for outstanding producer of animated theatrical motion pictures:

How To Train Your Dragon 2

The Producers Guild Awards ceremony will be held on Saturday, January 24.