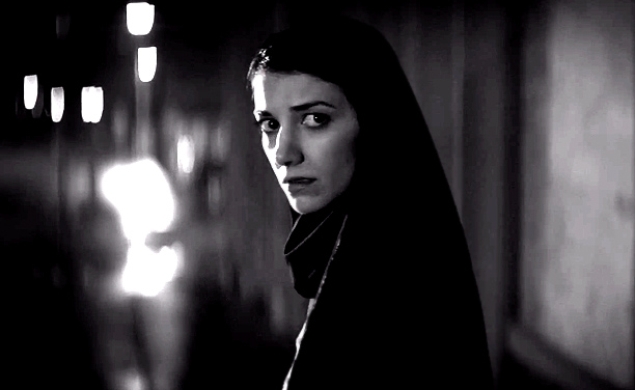 Cannibalism: It’s something we've all dabbled in, to be sure, but something about which few of us feel confident enough to hinge our highly anticipated screenplays on. Ana Lily Amirpour, the filmmaker behind last year's critically acclaimed Iranian vampire indie A Girl Walks Home Alone At Night, mercifully feels differently.

Last year, Amirpour won a $10,000 grant from Rooftop Films to finish up her forthcoming project The Bad Batch, which was then described as follows: “…a highly twisted, unusual, romantic, and innovative movie set in a future dystopia. In a desert wasteland in Texas, a muscled cannibal breaks one important rule: don’t play with your food. ‘The Bad Batch’ is a savage love story, like a psychedelic Road Warrior, inspired by films like El Topo and Wild At Heart. Shot in bold saturated hues and stylings of the ’80s & ’90s, the film will also feature a wicked techno & western-laced soundtrack.’ ”

Let’s all take a moment to imagine a Wild At Heart in which Nicolas Cage is a hard-bodied cannibal and a Silence Of The Lambs scored exclusively with techno music.

Now that that’s done—IndieWire reports that The Bad Batch will be produced by Vice and Megan Ellison’s Annapurna Pictures, who’ve previously collaborated on Harmony Korine’s Spring Breakers, Wong Kar-Wai’s The Grandmaster, and The Dissolve’s pick for best film of 2013, Her. Vice was also behind A Girl Walks Home Alone At Night, which somehow manages to find a fresh angle on vampires that doesn't involve glittering skin or Chloë Grace Moretz, but instead tells the tale of a lonely vampire who falls for one of her would-be male victims. In other words, she… plays with her food? I see what you’re doing here, Amirpour. And I like it.

Amirpour is quickly proving to be a quirky and original filmmaker, a self-professed cinephile whose “heart beats very fast” for David Lynch’s “brain caves” (samesies!), and who has a penchant for examining surreal, dark subjects with, as our own Tasha Robinson put it in her review of A Girl Walks Home Alone At Night, an “era-specific style” and a moody sense of irony. She also seems to be fascinated by humans attacking other humans with their teeth, which is completely understandable.