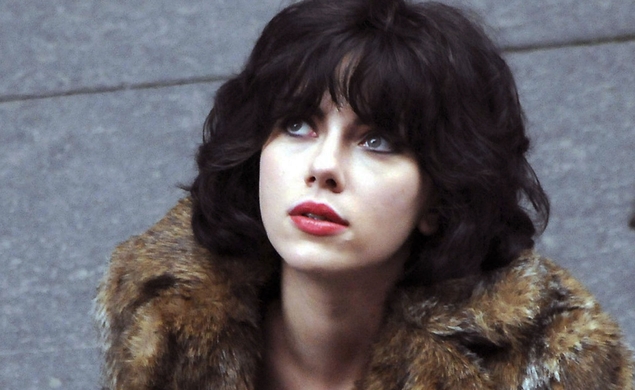 Tired of awards season yet? Do you perhaps feel like you’re slowly turning into an award—gilded, cold and immobile? No? Good, because we’ve got some more for you: We’re handing out awards related to today’s movie news.

Strangest (Potential) Casting Of The Day: Josh Gad
The only thing that stopped me from enjoying Josh Gad as Olaf in Frozen? The nagging sense that Gad was wasting his time—time that should’ve been spent playing Roger Ebert. I’m kidding, of course, except this is a thing that might actually happen. According to Hollywood Elsewhere, producer David Permut is eyeing Gad to play the late, great film critic in the upcoming Russ & Roger Go Beyond, which centers on Ebert’s relationship with filmmaker Russ Meyer (played by Will Ferrell). Do you want to build a snowman (to distract ourselves from this news)?

Shortest End Of The Stick Of The Day: All of us, in the future
We may have to watch Josh Gad play Rogert Ebert, and it may not be as good of a portrayal as Ebert deserves. Let’s just watch Life Itself on a loop instead.

Least Discerning Investor Of The Day: Kevin Costner
We need to talk about Kevin. The actor told The Hollywood Reporter how much of his own money he’s poured into his passion projects—including $20 million into “an oil-water separator business” and $15 million into “another one”—over the years. He’s also parted with $9 million of his own (hard-earned?) cash to help fund Black Or White, an upcoming Relativity Media film that meditates on race and marks his reunion with Upside Of Anger director Mike Binder. I haven’t seen his bank statements (yet!), but who here can help Kevin work on his investment strategies?

Best Casting Of The Day, and One That Makes Up for Aforementioned Casting of Josh Gad: Scarlett Johansson
Our favorite murderous alien/sentient operating system has just signed on to star in DreamWorks’ live-action adaptation of acclaimed anime film Ghost In The Shell, directed by Rupert Sanders. Variety is also calling out ScarJo for being “one of the few actresses in town with the clout to get a project greenlit on her name alone.” Let’s all raise a glass of unidentified dark, oozing oil—probably financed by Kevin Costner—to Johansson.

Biggest Baller Of The Day: 20th Century Fox
The studio blasted through world box-office records by earning more than $5.5 billion last year. It can thank Gone Girl, Dawn Of The Planet Of The Apes, X Men: Days Of Futures Past, The Fault In Our Stars, and How To Train Your Dragon 2, among others, for its Scrooge McDuck-worthy piles of money. Speaking of which, maybe 20th Century Fox needs to talk to Kevin Costner.

Least Billions Of The Day: The box office
Glaring at Fox from across the room—and sidling up to freewheeling big spender Kevin Costner—is the box office. The Hollywood Reporter reports that only (only!) 1.26 billion people went to the movies this year, which marks the lowest attendance in two decades. Why, you ask? Because we can’t have nice things. The Amazing Spider-Man 2 is why. Transformers: Age Of Extinction is why.

Most Ignorant Human Being Of The Day: Russell Crowe
The blustery tree trunk of a man said some ill-informed things about women in movies to The Australian Women’s Weekly. I will allow him to dig his own grave here. “To be honest, I think you'll find that the woman who is saying that (the roles have dried up) is the woman who at 40, 45, 48, still wants to play the ingénue, and can’t understand why she's not being cast as the 21 year old … If you are trying to pretend that you’re still the young buck when you’re my age, it just doesn’t work.” Well-said, Russell Crowe. Well. Said.