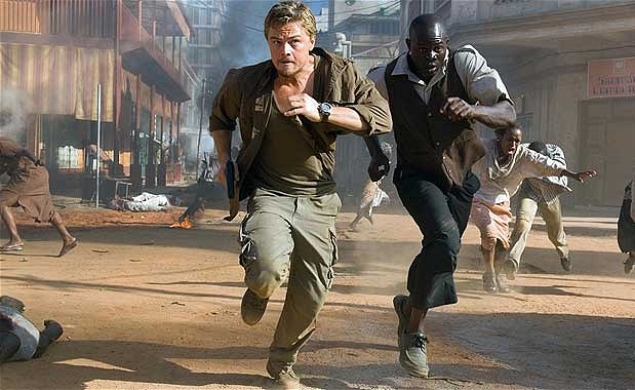 Folks, we have reached the strange point in this ostensible list of the greatest cinematic triumphs of all time where we are dealing with films that don’t always have a reputation for being particularly good, let alone classics that deserve a place alongside the Casablancas and Citizen Kanes of the world in a tally of cinema’s most towering achievements. 2006’s Blood Diamond, which IMDb users have deemed the 250th greatest film ever made, has a Metacritic rating of 64, which is respectable enough under most circumstances. But, to cite a film currently in circulation, that puts it a whole three points behind John Wick, a movie where Keanu Reeves goes on a killing spree after someone murders his beloved dog. And while people seem to concur that John Wick is a whole lot of fun, don’t expect it to appear on many lists of the greatest films ever made any time soon.

I suspect Blood Diamond occupies such an elevated place on the IMDb not because it’s important, but because it feels important. It offers IMDb users the illusion that they’re learning substantive information about international quagmires while being entertained with an old-fashioned tale of sacrifice, adventure, and derring-do, when they’re really being inundated with clumsy exposition and mildly diverted by the umpteenth tale of a seemingly amoral rogue who discovers a conscience just in time to die a righteous death.

Leonardo DiCaprio stars in Blood Diamond as a character who’s less a person than an archetype: an adventurer who travels the world in search of money and thrills, not quite in that order. DiCaprio and his wandering accent play Danny Archer, a white Zimbabwean gun-runner and all-around hustler who teams up with Solomon Vandy (Djimon Hounsou), a simple and decent fisherman who has found and hidden a massive pink diamond the size of a bird’s nest that’s worth millions of dollars.

Blood Diamond gets off to a dodgy start. It aspires to the breezy yet substantive old-school adventure of The African Queen or The Treasure Of The Sierra Madre, but instead feels hopelessly superficial. The film begins by clumsily unpacking exposition about the nature of the conflict surrounding “blood diamonds” that are used to fund brutal civil wars and warlords in Africa. In the process, it burdens DiCaprio with both a clumsy Zimbabwean accent he abandons throughout the film and groan-inducing dialogue like, “In America, it’s ‘bling bling,’ but out here it’s ‘bling blang,’” which he delivers with a cheshire cat grin to American journalist Maddy Bowen (Jennifer Connelly). Bowen seems to be on hand both for the sake of a non-starting romance with Archer, one killed by a total lack of chemistry between two beautiful actors, and to ensure that this story of black lives in peril by the intertwined forces of warfare and commerce is dominated by famous white faces with international box-office appeal.

Blood Diamond depicts Sierra Leone as one big war zone, where child soldiers are forever firing machine guns in the air for no reason while tire fires rage. Archer is desperate to recover the diamond for financial purposes, while Solomon is convinced that finding the diamond is the key to being reunited with his family, who have been torn apart by civil war. These two men form a partnership of convenience, and are soon adventuring around some of Africa’s most telegenic terrain in search of the diamond they’re convinced will solve their problems. Archer follows a familiar arc from selfish pragmatist to a man of ethics and conviction, but his turn is never particularly convincing, and he’s upstaged throughout by the passion and intensity of Hounsou, who, like DiCaprio, was nominated for an Academy Award for the film. (Unlike DiCaprio, he actually deserved the nomination.)

Blood Diamond improves as the stakes get higher, but it’s never more than a handsomely mounted exercise in well-intentioned mediocrity. It’s a film that sets out to educate and entertain, but does a middling job at both tasks.