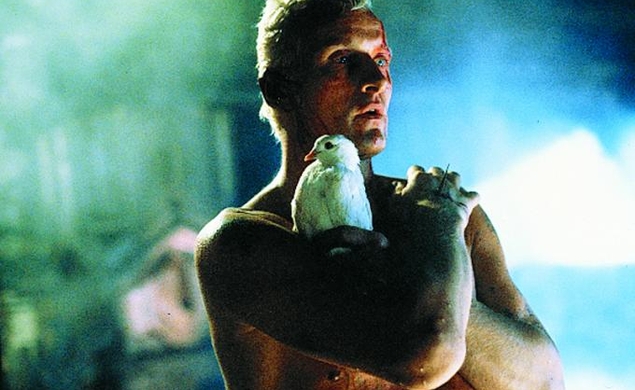 If reduced to essential action, Blade Runner, Ridley Scott’s masterful 1982 adaptation of the Philip K. Dick novel Do Androids Dream Of Electric Sheep? could easily be adapted into a 20-minute short. But Ridley Scott’s wildly influential masterpiece is less concerned with working through what little plot it possesses than with immersing audiences in its universe, which is hauntingly realized to the the smallest detail. When we dream about the future, that future is liable to bear a resemblance to the perpetually rain-sodden, fog-choked, half-Japanese, collapsing Los Angeles of Blade Runner.

Scott and screenwriters Hampton Fancher and David Peoples used a story about replicants—robots who look, act, and feel human—to explore what it means to be human. Blade Runner takes place in what can only be described as a seductive dystopia, one that combines the style of 1940s noir and hard-boiled narratives with an Asian futurism and dollops of then-current new-wave ugliness. Scott wasn’t telling a story so much building a world. This helps explain why the storytelling often, if not invariably, takes a back seat to mood, texture, and dreamy philosophizing.

Blade Runner occupies a future of towering skyscrapers that sparkle like microchips, flying cars, lurid neon billboards for Coca-Cola (it’s good to see that some things never change), and filthy streets that make the film’s characters, human and replicant alike, seem purposefully tiny and insignificant. They look like pawns in the hands of the corporations that rule society and create, to borrow a resonant phrase from the film, androids designed to be “more human than human.”

The film stars a perfectly typecast Harrison Ford as Rick Deckard, an impeccably rumpled “Blade Runner” whose job it is to hunt down and kill replicants. Deckard is pulled out of retirement by Bryant (M. Emmett Walsh) and assigned to track down and kill (or “terminate”) a quartet of dangerous replicants who have come to Earth to try to pass as humans and extend, by any means possible, their four-year life span.

Blade Runner traffics in a rich strain of ambiguity, since at least part of our sympathy inherently has to lie with creatures created by a sadistic human gods to fulfill various roles and then perish before they can threaten the human/robot balance. The Tyrell Corporation that created the four central replicants—feral and violent Leon Kowalski (rat-faced character actor Brion James); Pris Stratton (Daryl Hannah), a “basic pleasure model” who wouldn’t look out of place at a Siouxsie And The Banshees concert; the violent, athletic Zhora (Joanna Cassidy); and their leader, the perfect Aryan specimen Roy Batty (Rutger Hauer)—is at least as evil as the beautiful monsters it created, if not more so. Like God, The Tyrell Corporation has the power to both create and destroy, but it is cruel enough to give its creations an automatic expiration date to keep them from becoming too powerful or exceeding their jobs as slaves to mankind.

Deckard, who might just be a replicant himself, goes about his business with no small degree of ambivalence, particularly after falling in love with the femme fatale-styled Rachael (Sean Young), a Tyrell employee who initially doesn’t realize she’s a replicant. (Rachael is the perfect role for Young, because it specifically requires her to act and talk like a robot, albeit one convinced of her own humanity.) Blade Runner occupies a heartbreakingly lonely and fragile world where the most tender emotional connection might just be the one between J.F. Sebastian (William Sanderson), a lonely engineer who lives by himself in a cavernous apartment, and the primitive robots he creates that are incapable of the illusion of sentience and consequently pose a threat to no one.

Blade Runner is full of gods that are faulty and ungenerous at best, and evil at worst, and replicants who are hunted down for the crime of wanting to continue to live beyond their allotted time on this dirty but irresistible world—as well as other, more serious crimes. They are biomechanical Pinocchios willing to kill in order to become as human as possible. The ferociously charismatic Batty in particular is a sort of Frankenstein’s monster intent on not only meeting but destroying the man who made him under such unkind terms.

Blade Runner is languid and glacially paced, a movie and a world to get lost in. Scott lets scenes unfold slowly and purposefully, allowing audiences to take in every last detail of its gorgeous and influential production design. It’s hypnotic as spectacle, yet rooted firmly in the philosophical inquiries of Dick, a writer obsessed with the complications and impossibilities of delineating the real from the illusory, and the impossibility of ever truly knowing one’s self. Blade Runner is a film about what it means to be human and whether pain, decay, and obsolescence are as endemic to the human beings in the audience as they are to the terrified and terrifying replicants onscreen.

Thirty-two years later, Blade Runner still feels rapturously, miraculously ahead of its time, a masterpiece of cinematic and cultural prescience that has only gained in stature, despite decades of knock-offs and homages that have strip-mined seemingly every aspect of the film, particularly its visuals. But none have ever come close to capturing its icy electronic soul.