The Lego Movie sequel is going to play to the ladies 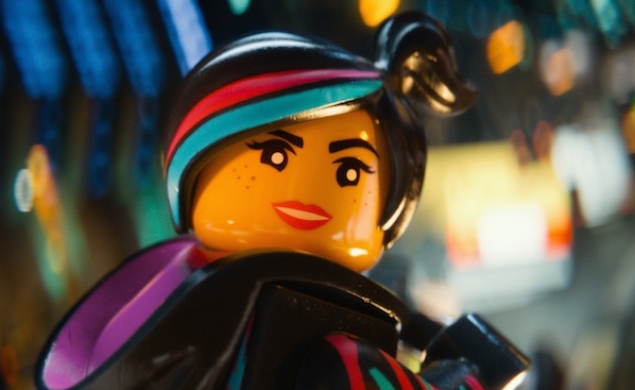 The end of this year’s utterly darling The Lego Movie left itself wide open for a sequel—and, hey, we’re totally getting one!—but it also made it clear that the next feature’s perspective could change, just a bit. (Spoiler alert for anyone who has yet to see The Lego Movie and also what is wrong with you?) The film ends after it’s been revealed that the world of Lego is actually rooted in the real world—Will Ferrell’s basement, specifically. Everything we’ve seen has been an offshoot of his cute young son’s vivid imagination and, as the credits roll, we learn that the adorable Finn has an equally curious little sister. We’re going to need some more Cloud Cuckoo Land playsets and plenty of those lady-scientist assemblages.

Will the second film spring from kid sister’s imagination? While we don’t know that for sure, creators Phil Lord and Chris Miller (who are scripting the second film and will continue to produce it) have acknowledged that the sequel will include more female characters and plenty more “female stuff.”

In a chat with the BBC, Lord explained, “It’s important to us that the movie plays broadly and that we inspire young women as much as we inspire young men.” Miller chimed in, “I don't want to give spoilers but there will be more female characters and more female stuff.”

The first Lego Movie included a key female supporting character, the Elizabeth Banks-voiced Wyldestyle, along with Alison Brie’s hilarious Unikitty, but the second feature could certainly stand to beef up on more lady bricks.

Lord and Miller hope that this new film will be reflective of a sea change in the industry, as Lord commented, “You can feel that the whole movie culture is now starting to wake up to the fact that half the audience are women…Frozen is reflective of that—and I think we are all going to find a great flourishing of women film makers and subject matter in the future.” Miller also seems excited about the future, saying, “There’s been a real shortage of [female protagonists] in recent years and I think that the near future will be very different.”

Listen, if Lord and Miller want to write an entire film about Unikitty, who’s to stop them? Certainly not us.