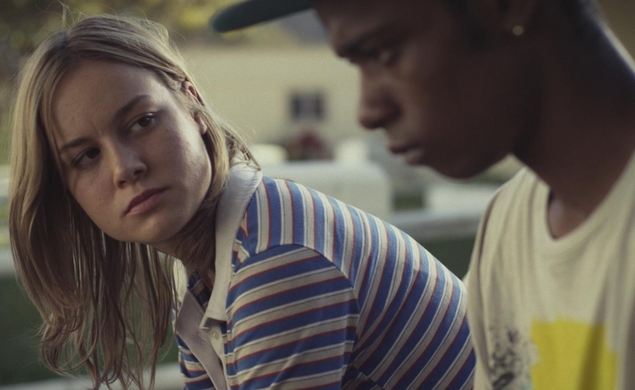 J.C. Chandor’s survivalist adventure film All Is Lost comes to DVD and Blu-ray next week (it’s available on VOD now), and for those who haven’t yet seen Robert Redford play a solo sailor trying to survive in the middle of the ocean with a damaged yacht, I highly recommend the experience. With almost no dialogue—and with a fairly small budget—Chandor fashions what amounts to a gripping procedural, following Redford’s unnamed character as he pulls together the materials he needs to stay alive. All that matters is what’s happening in the moment. The audience thinks and frets along with the hero, through all the temporary fixes and long-range rescue options. Who Redford’s character actually is doesn’t matter, which is why Chandor never fills in those blanks. Redford is just “Our Man,” with no history relevant to what he does to keep afloat, beyond his formidable nautical skills. As someone who’s frequently driven to distraction by excess character details, I found All Is Lost refreshing.

I live in Arkansas, which means that for most of the year—except when I go to festivals, or during the year-end list-making season—I don’t have the access my big-city colleagues get to the advance screenings of major motion pictures. As a result, I review a lot of smaller films: documentaries and indies that publicists don’t mind sending out to hicksville via DVD or online screener. It isn’t always easy for a micro-budget independent film to impress on a visual level, so fledgling filmmakers often focus a lot of their attention on the script, which is the one part of the process that doesn’t cost a lot of money. So I end up watching a lot of movies that feel very “written.”

I’m not talking about dialogue that sounds quirky and unnatural. (Honestly, I frequently prefer that to characters who wear their inarticulateness as a badge of authenticity.) I’m talking about stories that have been workshopped to death, where most of the running time is spent squeezing in more notes about the characters’ pasts. For a long time, my biggest pet peeve with indie films, besides the droning acoustic soundtracks (which is a subject for another time), was this irritating tendency to drop hints about big secrets, then make the audience wait an hour or so to find out about the sexual abuse/alcoholism/manslaughter conviction/etc. that’s been haunting the protagonists since long before the opening credits. Nine times out of 10—or maybe even 99 times out of 100—the revelation isn’t worth all the time the screenwriter wastes writing around it.

The worst offenders are the movies where there’s nothing to them but backstory. I reviewed one last year, Cold Turkey, where a dysfunctional family gathers for the holidays and spends 80 minutes dredging up old fights, such that by the end of the film I knew everything about who they all were, but nothing about who they are, or where they’re headed. Even otherwise good films can fall into this trap. Short Term 12, for example, has so much going for it that it really doesn’t need to play screenwriter games with its lead character Grace (Brie Larson), a group-home employee still bruised by her own troubled childhood. It feels like a cheap storytelling trick to keep delaying the moment when Grace spills her guts about what she’s been through.

I’d go even further than that and say Grace’s personal history is completely unnecessary. Short Term 12 would’ve worked just as well if Grace had been a young person who cares too much, full stop—no reason given. Writers may think these explanations are important (and maybe actors do, too), but there’s a patness to the way they’re worked in. I picture Barton Fink with his notepad, asking himself whether the wrestling picture he’s writing needs an orphan or a dame. If something as serious as child abuse is reduced to a formulaic element in a drama—the master key that explains everything the character has been going through—then it loses its gravity.

And speaking of gravity, let’s talk Gravity. The first time I saw Alfonso Cuarón’s outer-space thriller, I was bothered by all the emphasis placed on the heavy heart of Sandra Bullock’s character, Dr. Ryan Stone. The second time, I picked up more on the metaphorical power of her grief, and how the whole movie is about her “coming back to Earth,” so to speak. But I still think the specifics of her tragedy are irrelevant. It matters that she’s hurting, not why. Holding back those reasons, again, feels schlocky. I’ve been watching a lot of movies this past week based on Nicolas Sparks’ novels (for an upcoming Dissolve essay), and nearly every one of them follows this pattern of waiting until about halfway through to explain why one or both of the would-be lovers is going to be hard to woo. Indies aren't the only films with bad habits, in other words.

Nicole Holofcener’s films offer a great counter-example. Her characters have histories—bad marriages, strained friendships, checkered employment records—but movies like Enough Said, Please Give, and Lovely & Amazing don’t tiptoe around them. When it’s relevant, the past comes up in conversation, but never as an “aha” moment. In Enough Said, for example, Julia Louis-Dreyfus’ Eva has a contentious relationship with her ex-husband, not because he beat her, but because he used to keep fattening snacks around the house. In a way, that little detail says more about who Eva is than it would if we found out an hour into the movie that she used to be a nun or something.

I have no problem with movies that follow a flashback structure; those are actually some of my favorite kinds of films, where a real mystery is uncovered in pieces. The difference there is that what happened in the past is the action in the story. That’s very much unlike these movies where people muddle through the present, doing very little because they haven’t reached the point in the film yet where they can unload their history and move forward. I also don’t want to give the idea that I’m looking for movie characters to spring into existence with the opening credits. I like life to spill off the edges of the screen, and All Is Lost does just that, by revealing Our Man to be a person of useful talents, all of which he learned before the movie starts. Backstory-heavy films, on the other hand, feature characters who rarely exist beyond the secrets they’re waiting to tell. They’re too defined by what some writer scribbled on an index card.