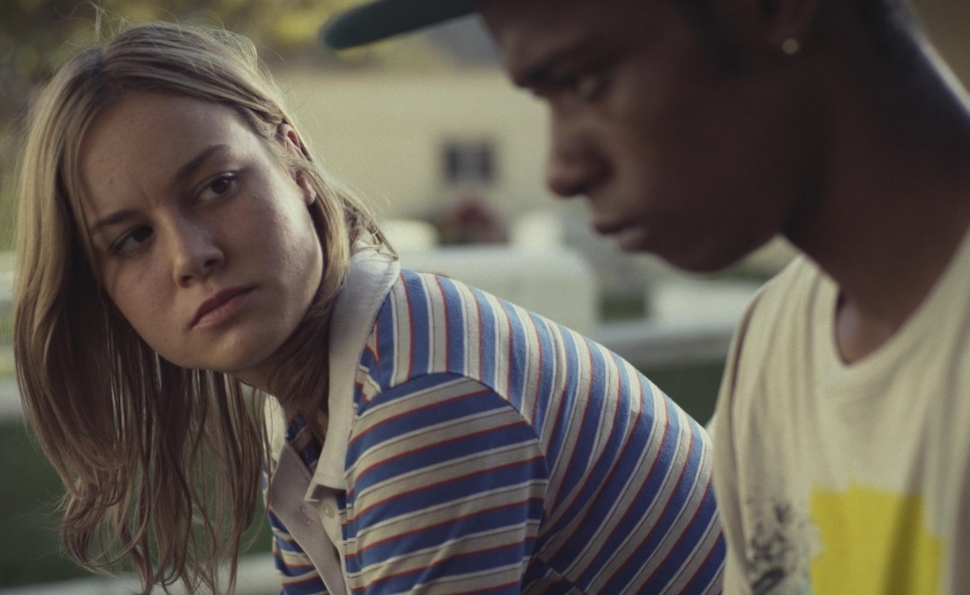 The opening 10 minutes of Destin Daniel Cretton’s drama Short Term 12 are a model in how to parcel out information to an audience quickly, with minimal fuss. At a foster-care facility, the scruffy Mason (John Gallagher Jr.)—one of the young staffers who watches over the at-risk teens—tells a funny story to new employee Nate (Rami Malek) about how a bad case of diarrhea interfered with guard duty one night. By the time he reaches the punchline, he’s explained the basic layout, rules, and personnel of the group home. A few minutes later, Mason’s colleague and semi-secret girlfriend Grace (Brie Larson) is leading a morning meeting where she introduces the residents to Nate, who makes the mistake of boasting that he’s always wanted to work with underprivileged kids, which enrages Marcus (Keith Stanfield), an angry soon-to-be-18-year-old who’s having trouble accepting that he’s about to be released. By the end of that scene, just about every other major character and motif in Short Term 12 has been introduced—save Jayden (Kaitlyn Dever), a sullen cutter who arrives immediately afterward and connects with Grace in a way that puts the movie’s plot in motion.

As skillfully as Cretton sets up Short Term 12, there’s something mildly troubling about it, too, because this isn’t really the kind of movie that needs to be set up. This is a small film about a society of castoffs, and while it’s beautifully acted and often moving, it’s also predictable, because it keeps wresting itself into familiar forms. Grace and Mason are in charge of a lot of different kids—and work alongside a lot of different people—but Short Term 12 mostly follows Marcus, Jayden, and Grace, because they’re the characters whose circumstances lend themselves most easily to explosive dramatic moments.

Grace, who initially seems like the most centered and chilled-out staffer, begins to flake out due to the ways Jayden’s family history mirrors her own traumatic past. Much of Short Term 12 is geared toward filling in who Grace is—and Marcus and Jayden, and to a lesser extent, Mason—in scenes where their façades crack a little, and they talk obliquely about what they’ve been through. Once again, Cretton handles these scenes well, by letting Marcus talk about his horrible childhood via a rap song he’s working on, while Jayden reveals hers through the fantastical drawings in her sketchbook. But Short Term 12 is almost too well-constructed, lacking a sense of spontaneity or discovery. Every revelation and epiphany is inevitable.

Still, within the overly rigid parameters Cretton set for himself, he’s created something powerful, with moments and performances that leave a mark. The last shot of Short Term 12, in particular, is one of those soaring, goosebump-inducing moments that sends viewers out on a high, overcome with warmth toward these screwed-up adolescents and the screwed-up post-grads in charge of them. And that shot doesn’t exist in isolation. Cretton and Larson understand who Grace is, and how she works to get the residents to share things about their lives that she herself can’t say out loud—not even to Mason. At the start of the film, Grace warns Nate not to try to be these kids’ therapist, saying, “You’re here to create a safe environment, and that’s it.” But as Grace sees the home’s actual therapists making choices based on clinical diagnoses and legal requirements, she herself is compelled to violate her own rules, based on her intuitive, personal connection with the broken. And while Short Term 12 would probably be a better movie if it were more of a Mason than a Grace, it’s hard not to feel compassion for a film and a character that care that much.