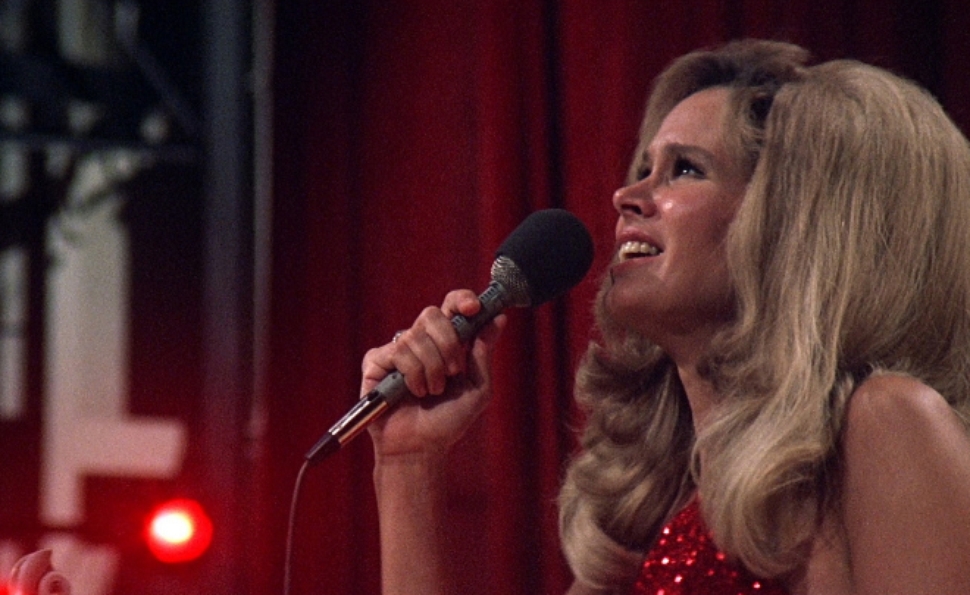 Nashville’s music is the soundtrack of a nation in flux

With one shocking gunshot, Paul Thomas Anderson bisected his epochal porn epic Boogie Nights. On New Year’s Eve 1979, William H. Macy’s emasculated assistant director Little Bill walks in on his wife rutting with another man one too many times, so he retrieves his gun from his glovebox, takes their lives, and then his own at the stroke of midnight. In kicking off the new decade with this horrific act of violence (not to mention the grim title card simply marked “80s” that Anderson cuts to directly afterward), Anderson signaled that a great cultural shift had taken place in his vision of America, that the decadent ’70s had given way to the moral corrosion of the ’80s. Every high has its crash.

Robert Altman’s Nashville—another lengthy ensemble film with a kickin’ soundtrack that doubles as a pop-historical document, and a professed influence on Anderson—takes place entirely within that moment of flux, when one dominant national attitude cedes to another. Anderson had the benefit of a couple decades’ worth of hindsight when shooting Boogie Nights, but Altman was reporting live from the era. Nashville witnesses a sociocultural sea change in real time, capturing the moment when the disillusionment of a post-Vietnam, post-Watergate generation of young people collided with the aggressively rosy patriotism that the old guard had trotted out for America’s bicentennial. As much as Nashville is about Nashville, it is also about America, and with assistance from music supervisor Richard Baskin, as well as an extremely capable cast of singers, Altman assembled a collection of songs that would reflect a national turning point.

The years that followed Nixon’s resignation and the withdrawal of American forces from Vietnam—two of the nation’s greatest embarrassments during the 20th century—were a crucial juncture in pop-cultural history. The political outlay had become more fragmented than ever; the youth had long since abandoned the flower-child vibes of the Summer of Love, focusing on that which was immediate and real rather than far-out and ideal. (It was this same prevailing desire for tangible change that allowed wackjobs like the film’s unseen maverick politician, Hal Phillip Walker, to insinuate themselves in Washington on a platform of back-to-basics pseudo-folksiness.) Many who called themselves hippies were forced to confront the realization that their lifestyle was untenable in the long term. Everyone agreed on peace and love, but someone had to do the dishes. Meanwhile, a generation of adults with vivid memories of duty and honor during World War II gradually lost their patience with a generation that seemed ungrateful for all it had been handed. (As he storms out of the studio in the film’s opening scene, Henry Gibson’s dandy country-western star Haven Hamilton tells the session pianist Frog, played in a cameo by Baskin, to get a haircut.)

This growing generational rift seeps into the film’s soundtrack and colors the songs’ lyrics. Or rather, as music critic Stephen Deusner noted in an essay on our sister website, those songs dictated the shape and content of Nashville. Many of the key tracks had been written prior to their inclusion in the film, including “I’m Easy,” “It Don’t Worry Me,” and “Dues.” With guidance from Joan Tewkesbury’s script, Altman and his repertory players spun a loose plotline around these songs and the people they imagined might sing them, working off of compositions from Keith Carradine and Ronee Blakley and supplementing them with Baskin’s original music.

The film begins with one such ditty from Baskin, the bicentennial commemoration “200 Years.” It’s a hefty slice of sugary Americana, pandering shamelessly to a national sense of bruised patriotism in the wake of a discouraging defeat in Vietnam. Probably the most aggressively and directly satirical jab from Altman over the course of the film, “200 Years” is also a bunch of hooey. In the opening verse, flamboyantly Nudie-suited Haven Hamilton (Henry Gibson) sings, “My mother’s people came by ship and fought at Bunker Hill / My daddy lost a leg in France, I have his medal still / My brother served with Patton, I saw action in Algiers / We must be doing something right to last 200 years!” Haven didn’t see action in Algiers, and though never stated explicitly, chances are his daddy didn’t lose squat in France. He’s carefully calculated each couplet to evoke the maximum in jingoistic pride, just as he carefully weighs his decision to appear at the film’s climactic political rally. (Ever the cynic, Altman shows that the right payday is all it takes to change Haven’s tune.) The fierce nationalism rings hollow, like a desperate attempt to cling to a lofty stature that America no longer enjoyed.

With “Dues” and “I’m Easy,” Altman fleshes out twin figures of tragedy, each illustrating an opposing attitude of national coping. Both Keith Carradine’s hardened folk singer Tom and Ronee Blakley’s trembling ingenue Barbara Jean have been through a lot. At the film’s outset, Barbara Jean’s making her big return to the city, to much fanfare, after recovering from a burn accident. When the audience first meets her, her manipulative, money-grubbing husband is close at hand to manage her affairs. He clearly exerts almost complete control over her, pushing Barbara Jean past the point of mental stability, and all of her inner pain goes on full display in “Dues.” Blakley’s beautiful performance fully embodies her character’s emotional precariousness, which fully collapses a second later when she’s unable to bring herself to launch into the next song. The chorus aches along with her: “It hurts so bad / It gets me down, down down / I want to walk away from this battleground / This hurtin’ life / It ain’t no good / I’d give a lot to love you the way I used to do / Wish I could.” Though Barbara Jean has met with fabulous success, the whole of life has chewed her up and spit her out. Rather than the cheery artifice of “200 Years,” the bleary blues of “Dues” provide an emblem for a rattled nation, with those returning from war hanging by a thread no thinner than Barbara’s.

Though slightly more obliquely, Tom’s folk-ballad “I’m Easy” also speaks to a bruised national character, though his response differs crucially. Carelessly picking up and casting aside women, Tom initially comes off as a garden-variety heartbreaker. But his furtive calls to gospel vocalist Linnea (Lily Tomlin), as well as his deliberately cruel choice to phone another woman while a just-bedded Linnea is still in earshot, hint at an effort to conceal a deeper hurt. When he serenades a crowd with “I’m Easy,” knowing full well that Linnea is in the audience, the inner workings of his character become clear. He sings, “Don’t lead me on if there’s nowhere for you to take me / If loving you would have to be a sometime thing / I can’t put bars on my insides / My love is something I can’t hide / It still hurts when I recall the times I've cried / I’m easy.” He’s been hurt before, and his insides are too sensitive to go through another ordeal like that, so the easiest recourse has been distancing himself from those around him. He has love in his heart, but he’s afraid to share it.

Where Barbara Jean does what little her mind can manage to mitigate her traumas, Tom dismisses others before they can get chance, even when it’s against his best interest. (As Keith Carradine astutely notes in Criterion’s video supplement on the superlative DVD/Blu-ray release, this song comes from a man who does not very much like himself.) Disillusioned by highly public turmoils, America had slid into a safeguard of cynicism no different than Tom’s. For the scores of young Americans convinced their homeland had rotted through to the core, it was easiest to disengage entirely. The jaded, wounded tenderness of Tom’s music and Carradine’s performance provide a mouthpiece for an insecure, embittered generation.

“It Don’t Worry Me” is the perfect finale for this epic musical in that it permits Altman to simultaneously deliver final statements on multiple shards of America’s fractured populace. The song is practically self-evident, defiantly brushing off the day’s concerns with the repeated cry of “It don’t worry me!” When Barbara Harris lumbers onto the stage as foggy hopeful Winifred and brings the crowd together under a rousing rendition of the tune, it could be read as an obstinate old guard’s effort to stick their heads deeper into the cultural sand. (After all, an assassination attempt has been made on a woman’s life and everybody’s singing.) But seeing everyone united under a single melody inspires hope for the future. Without emotional reservations, the crowd joins in song, and for that moment, feels firmly planted in a complicated and unstable world.

His well-placed ribbing notwithstanding, Altman’s making the powerful assertion that country-western music—or music, or entertainment in general—has the awesome capability to make people feel okay. When the small militia’s worth of cast members converge on the Parthenon for Hal Phillip Walker’s rally, they’re all at different points in their character trajectories. And in all honesty, the stirring sing-along provides a scant few of them with actual closure. But that warming sensation that only good music and good cinema can bring on passably replicates that closure. A simple country standard or a sprawling cross-section of the human experience—they make the overarching scariness of life in America feel manageable, if only for three minutes or three hours.