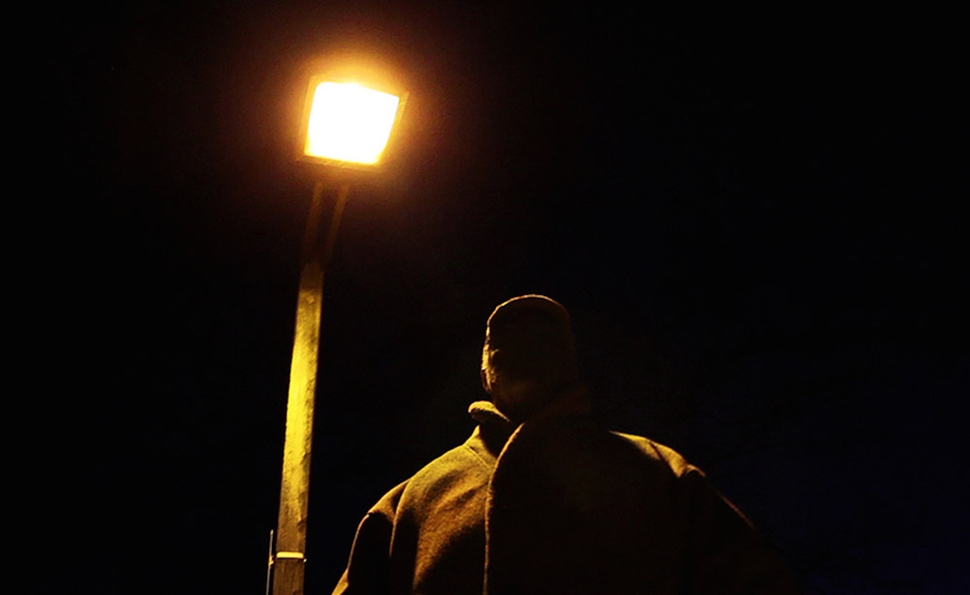 Heading into the 2015 True/False Film Festival in Columbia, Missouri, the last two documentaries I reviewed were Kirby Dick’s The Hunting Ground, about rape on college campuses, and Robert Kenner’s Merchants Of Doubt, about the industry-financed “experts” who deliberately muddy the debate over the settled science of climate change and cigarette-smoking. Both films are enraging, and both have enjoyed largely positive reviews, partly because they succeed in raising the audience’s ire. But activist documentaries like those are too often judged for their “effectiveness,” without regard to the crude, manipulative tactics they use to provoke a response. Their goal is pursuing social justice, not creating great art—and if you’d like to learn more, they have a website URL for you.

Time and again at this year’s True/False—a steadily growing, decade-old festival dedicated to non-fiction films—there was ample proof that the goals of pursuing social justice and creating great art needn’t be either/or propositions, or in any way working in opposition. If effectiveness must be the measuring stick by which we judge activist documentaries, then consider the impact of Lyric R. Cabral and David Felix Sutcliffe’s (T)ERROR, about the FBI’s post-9/11 efforts to identify and deter potential domestic terrorists before they act. It would have been common enough for Cabral and Sutcliffe to summon shocking facts and talking-head testimonials about entrapment, civil-liberties violations, bureau incompetence, and compromised informant programs. Instead, they ride shotgun on a case while it’s in progress, peering surreptitiously at injustice as it’s being committed.

Cabral and Sutcliffe’s subject is Shariff, a charismatic but deeply troubled informant who has played the closer in a couple of high-profile sting operations of alleged would-be domestic terrorists. Shariff’s job is to engage suspects already under surveillance, with the goal of leading them to express interest in joining or supporting a radical organization like al-Qaeda. Setting up shop in Pittsburgh, Shariff spends months none-too-delicately befriending a young Muslim who has, among other things, posted some pro-Islamist language on Facebook. (T)ERROR unfolds with the narrative kick of a great TV show—perhaps Homeland, which Shariff recommends to his mark, in a moment of comical fecklessness—but Cabral and Sutcliffe also make startling moral and ethical choices that shape the story they’re telling. The film stands both as a great act of embedded journalism and as a flashpoint for post-9/11 terror policy, and for documentary values, period. 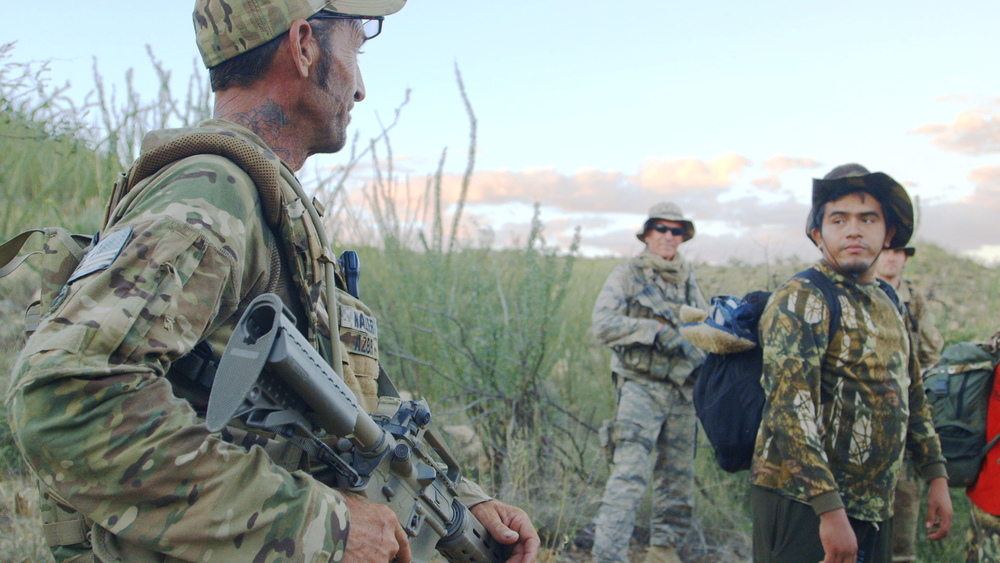 Cabral and Sutcliffe weren’t the only filmmakers risking their necks for a story, either. Ride-along documentaries don’t get any more dangerous than Matthew Heineman’s Cartel Land, a chilling cross-border exploration of vigilantes trying to fight a drug war their governments can’t win on their own. On the American side, Heineman follows Tim “Nailer” Foley, a leather-skinned yahoo who leads a militia group up surrounding hillsides to beat back the scouts and mules trafficking drugs into Arizona. On the Mexican side, Heineman goes into ever-more-perilous territory in tracking the founder of Autodefensas, a grassroots movement to push the Knights Templar cartel out of the Michoácan region. The contrast between the two groups is pointed: Foley and his volunteers, many of them straight-up racists and ne’er-do-wells, are mostly fighting phantoms, occasionally shuffling undocumented Mexicans to the authorities. Led by Dr. Mireles Valverde, a sympathetic and gently charismatic white-hat, Autodefensas squares off against much more tangible threats from within and without, and Heineman’s camera is right in the middle of raids, car chases, and open-air shootouts. When the dust clears, Cartel Land comes to equally despairing conclusions about the drug war and the attempts of ordinary citizens taking peacekeeping into their own hands.

(T)ERROR and Cartel Land also suggested another theme that emerged from the films I saw at True/False: Technology has advanced to the point where one or two-person crews, armed with a small camera, can slip unobtrusively into tight spots that the cumbersome equipment of the past couldn’t go. In maybe my single favorite moment in the festival, Geng Yanbo, the eponymous subject of The Chinese Mayor, pulls back the curtain and acknowledges Zhou Hao, the director who’d spent months watching Yanbo try to restore Datong, China’s most polluted city, back to its ancient roots. He confesses not to have noticed the camera for that long, but it’s also a wonderful, Taste Of Cherry-esque reveal that makes the audience aware that Zhou isn’t some fly on the wall, but an active presence in the action. That’s refreshing bit of transparency is very much in the True/False spirit, which is all about breaking down illusions of objective “truth.” But it’s also more evidence of the obliviousness that allows Geng to forge ahead on a radical act of social engineering that displaces 30 percent of Datong’s residents in an effort to renew the coal-choked city.

With a camera tucked among 200 pounds of climbing equipment, professional mountain-climber/photographer/filmmaker Jimmy Chin joined a three-man operation up the “shark fin” route to the peak of Meru, an absurd summit even by the standards of elite alpinists. Chin and co-director Elizabeth Chai Vasarhelyi don’t reinvent the form, and they don’t need to: Meru is an irresistible white-knuckler that digs into the unique pathology of death-defying adventurers and the intense bonds that develop when they’re in peril. And immediacy again makes all the difference. It’s one thing to be told that the “shark fin” is composed of brittle rock that can chip off with the blow of a pickaxe; it’s quite another to see a hunk of rock zip past like cheap styrofoam as three men dangle at 20,000 feet, desperate for a solid foothold. It’s more visceral experience than cinematic achievement, but gaaaaaaaaaaaaah. 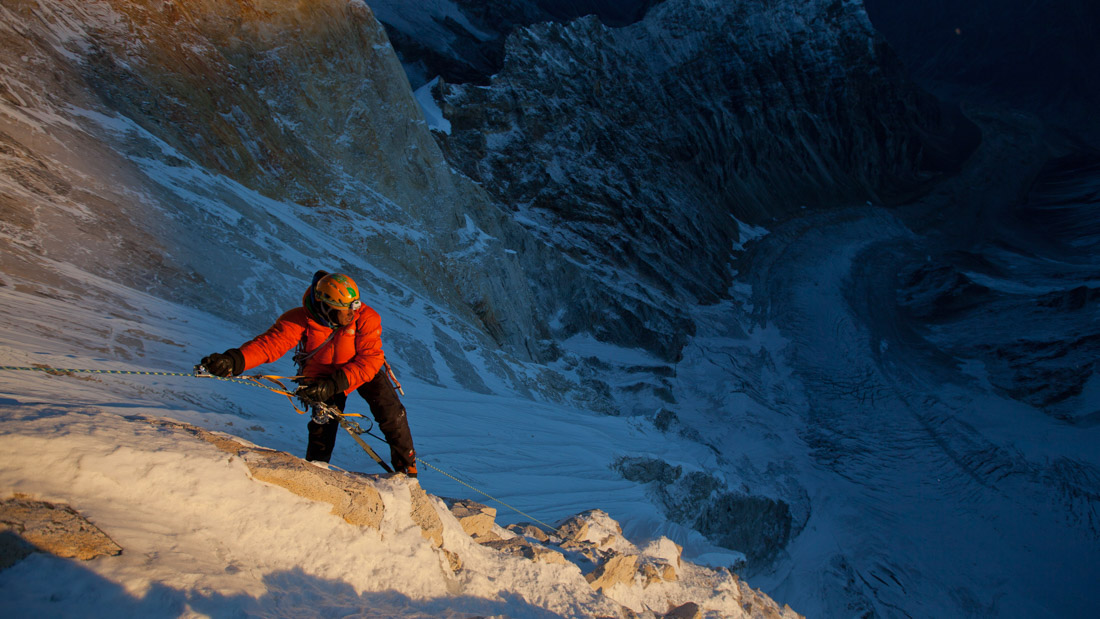 There was still plenty of room at this festival for films that adhered more to the True/False mission statement of exploring the porous borders between fiction and non-fiction. Over three features—45365, Tchoupitoulas, and their gorgeous new film, Western—Bill and Turner Ross have established themselves as both vérité torch-bearers and subtly expressive filmmakers of a more recent vintage, closer to the late Michael Glawogger (Workingman’s Death) than the direct-cinema masters of old. I saw Western right after Cartel Land, and it was the perfect double feature, following the you-are-there immediacy of cartel violence with a gentler, more quietly insinuating portrait of same.

The Rosses didn’t set out to make a movie about the drug war, but to capture a setting like they did in their previous films; Tchoupitoulas, for example, compressed months of filming on the streets of New Orleans into a quasi-fiction about three brothers wandering the city at night. Here, they set up camp in Eagle Pass, Texas, a border town with an unusually close relationship with Piedras Negras, Mexico, a sister city across the Rio Grande. At a time when border security is paramount, Eagle Pass’ bilingual mayor, a Stetson-wearing cowboy named Chad Foster, works to uphold a friendship that’s lasted for generations as it’s tested by cartels on one side and anti-immigrant fervor on the other. It wouldn’t be right, however, to define Western by the conflicts testing the bond between these cities and their people, because the Rosses’ interest is much more culturally and cinematically expansive. They capture the elusive essence of Eagle Pass through the language, the rituals, the pastimes, and frontier iconography that defines the place—and in doing so, makes it that much more heartbreaking to see the forces of history bearing down on it.

Other films I saw at True/False had urgent social agendas, but went much further afield to express them. The avant-garde documentary Field Niggas, directed and photographed (and everything else) by Khalik Allah, positions itself at the corner of Lexington and 125th in Harlem, where the poor and forgotten while away another night on the streets. Allah juxtaposes impeccable, museum-quality portraits of these faces against disconnected stretches of recorded monologue—some of it funny, some of it desperate, some of it conspiratorial. The length of the film, 60 minutes, is largely arbitrary, since Allah isn’t interested in following any one subject or story over an arc, so much as capturing the corner as an organism. But even before he inserts the news of Eric Garner’s death by chokehold in Staten Island, Field Niggas stands as a vital assertion of #BlackLivesMatter. 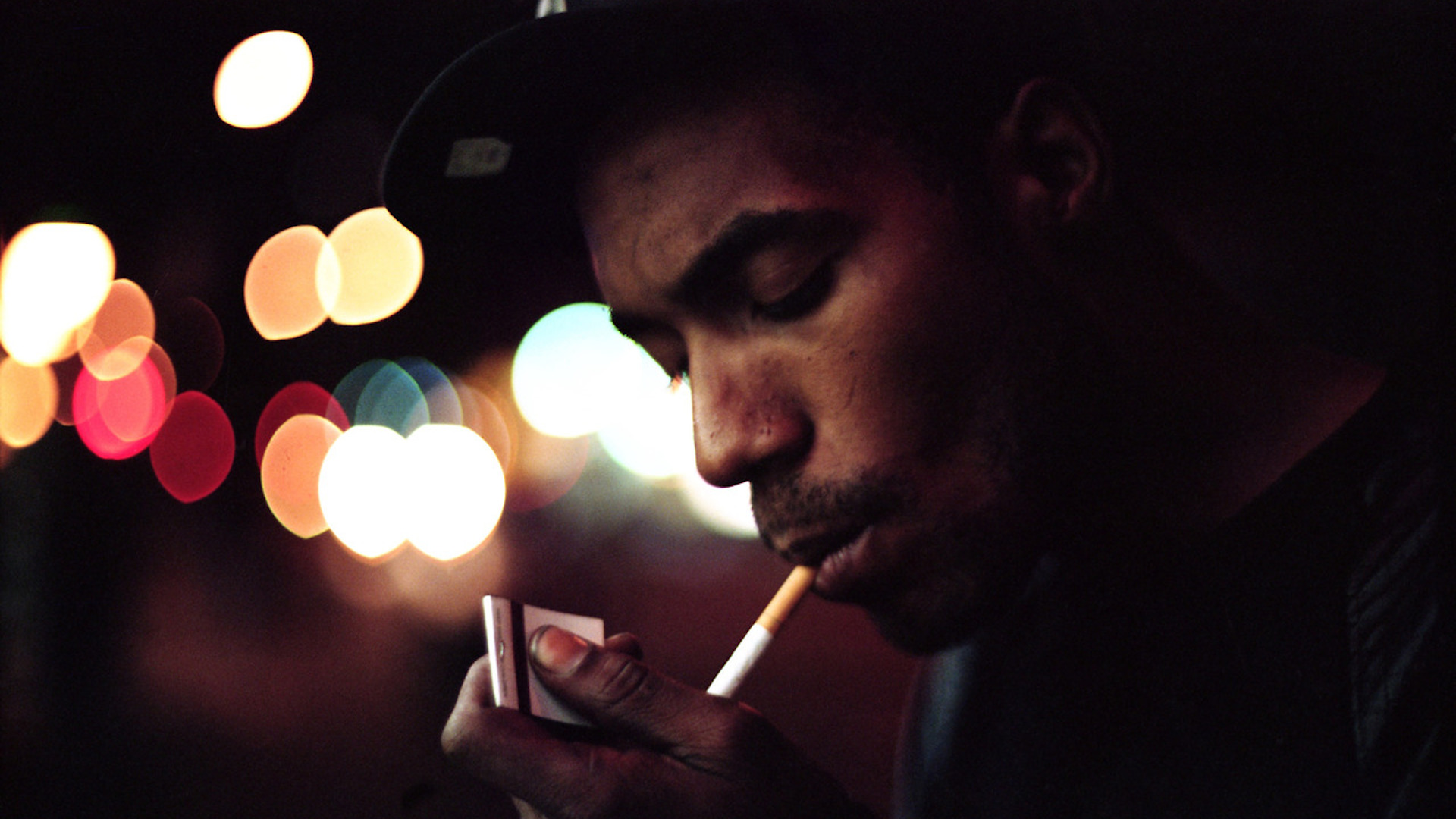 Equally audacious, though less successful, is Martin Knibbe’s Those Who Feel The Fire Burning, which addresses the problem of immigrants in Europe without providing any context. Only in his mid-20s, Knibbe has clearly been watching the films of Gaspar Noé (Irréversible, Enter The Void), and he applies Noé’s swirling camera technique to a God’s-eye view of migrants eking out lives on the streets, in shelters, and jury-rigged buildings infested with cockroaches. Knibbe doesn’t get to know any of them, and his poetic voiceover narration smacks thinly of Wings Of Desire or late-period Terrence Malick. But the film affirms the True/False aesthetic in exciting ways, too, in having its director actively guide the action rather than serve as a passive observer. It’s a healthy reminder that documentary “truth” is nonetheless one person’s impression, and it can be as unbound as fiction.

Documentaries are having a harder and harder time gaining any footing theatrically, and if the crowd-pleaser Finders Keepers doesn’t change that, all hope is lost. Chronicling the years-long battle between a North Carolina bargain-hunter who found a human foot inside a smoker bought at auction, and the owner of said foot, the film borders on hicksploitation, but it’s funny as hell, and deals meaningfully with themes of celebrity and grief. Alex Gibney’s Going Clear adapts Lawrence Wright’s excellent book about Scientology competently, but it mostly exists to broadcast the book’s disturbing revelations to non-readers, which is a poor rationale for making a movie. Also disappointing was Something Better To Come, a Danish/Polish documentary that embarks on the Boyhood-like project of watching a Russian girl from age 10 to 24 as she grows up in a massive landfill 13 miles away from the Kremlin. It’s a wonderful idea, but director Hanna Polak either didn’t get the footage she needed or couldn’t find the movie in the editing room; whatever the case, the film has a listlessness that steals much of its power. By contrast, the power of Brett Morgen’s Kurt Cobain: Montage Of Heck is all in the editing. Given Cobain’s music and access to a wealth of materials from early childhood up to his death in 1994, Morgen assembles an audiovisual autobiography of often-sensational invention. A passage where Morgen blankets the sad turns of Cobain’s boyhood to “Something In The Way” is as powerful as anything I saw at the festival, a piercing “child is the father of the man” moment. And finally, Almost There, from Kartemquin Films, is an intimate profile of 83-year-old outsider artist Peter Anton that doubles as an exploration of the filmmakers’ responsibility to their subject, who they find living in unimaginable squalor. And as this eight-years-in-the-making project goes on, Anton’s past introduces fascinating new complications.