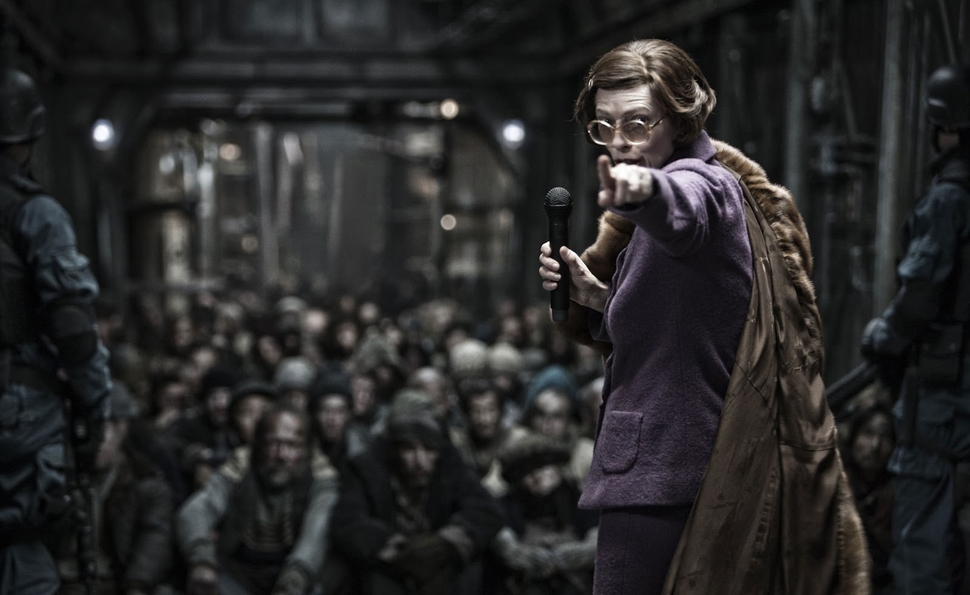 “You’ve got to see that on the big screen.”

In the decades before broadcast and videotape came along, this statement was meaningless. There was no other way to see that, other than on the big screen. And even after home viewing took off, no one could argue that the experience was remotely equivalent to seeing a movie in a theater, only that it might be an acceptable compromise. But we’re coming on 20 years since DVD became a viable format, long enough that a generation of young moviegoers—a generation that Hollywood is most heavily courting—doesn’t remember when seeing movies at home was a terrible compromise. And now that widescreen HDTV sets and high-quality streaming and Blu-rays are ascendent, the distinction between couch and theater seat has become, for the average moviegoer, essentially meaningless.

So with that in mind, what’s the current state of “You’ve got to see that on the big screen”?

For multiplexes that play major studio fare, that’s a question they’re constantly, relentlessly addressing. Theater chains have aggressively—and successfully—resisted the VOD-fueled collapse of the theatrical and video window, throwing at least a temporary hold on an expected future where viewers can watch movies whenever they want and wherever they want, without any separation between when a movie plays in theater, on video, on pay cable, etc. There’s also digital 3-D, which has succeeded (with a few asterisks) in becoming a viable, long-lasting format, unlike the 3-D of the past, which was an on-again/off-again gimmick with an expiration date. And that’s just for starters: There’s Dolby Atmos, the wall-to-wall-to-ceiling sound system that acts like aural 3-D; stadium seating for better sightlines and special seating for upscale buttocks (which is to say, the buttocks of the upscale); faux-IMAX houses that offer slightly bigger screens at slightly higher prices; and, more recently, the unveiling of a 4-D experience—called 4DX—that would make William Castle proud.

Some of these ideas are more sustainable than others—Castle knew well enough that “The Tingler” could only work once, though 4DX does suggest the potential of a new theatrical porn renaissance—but the urgency is there, almost to the point of flop sweat, and the studios have responded with gigantism. David Ehrlich addressed Hollywood’s year-long spectacle last month in his essay “The Summer Movie Season Is Dead,” and the bigness isn’t limited to whatever Marvel happens to be unveiling this week; it’s in star-packed ensemble comedies, and in blockbuster horror like last weekend’s Deliver Us From Evil, an all-out assault of shock effects that shakes the audience like an abusive parent. Whether these efforts, with their big international gambles, are sustainable is an open question—no less than the godfathers of blockbuster cinema, Steven Spielberg and George Lucas, have expressed their doubts—but moviegoing is a habit that Hollywood’s encouraging however it can. In this arena, for the time being, the need to see a movie on the big screen still persists in the public consciousness.

So how does “You’ve got to see that on the big screen” apply to independent movies? That’s a more complicated and troubling question, but one with an easier answer: It doesn’t. Though many theaters have used innovative programming, special events, artisanal popcorn, and booze to draw people in, the only significant change independent theaters have made in terms of presentation is spending tens of thousands of dollars to convert from 35mm to digital. And the grim irony of that conversion is that it’s brought the moviegoing experience more in line with the home-viewing experience—what Quentin Tarantino, a passionate digital holdout, called “TV in public.” If what you’re getting on your TV, phone, and computer is digital, then there’s nothing all that special about going to a digital theater, no matter whether a given person can distinguish between digital projection and projected film. Quibbles over resolution aside, if the delivery system is more or less the same, the urgency to see independent and foreign films in a theater is bound to dissipate.

The exceptions seem like they’ve been grandfathered in. Paul Thomas Anderson shot—and screened, to properly equipped theaters—The Master in 70mm, a defiant exaltation of celluloid in the middle of the medium’s slow fade. But he’s one of only a small handful of American auteurs who has the power to bring people to theaters regardless. The other Anderson, Wes, is another, as are the Coen brothers, but all are working on a scale that stretches the definition of the word “independent,” and all have established reputations that turn each new film into an event. On a smaller scale, it’s a much tougher prospect to convince people—or even inform them—that special effort must be made to see a movie in a theater. There have been some encouraging anomalies in the last year: Blue Is The Warmest Color and The Great Beauty hung around theaters for months, bolstered by reviews and word-of-mouth that trumpeted their grandness of scale, and Bong Joon-ho’s new Snowpiercer seems primed to be a strong piece of counter-programming, the thinking person’s blockbuster. But anomalies are anomalies, and besides, those are all well-supported, globally buzzed-about movies.

It’s fair to say that American indies have always had it hard, that convincing people to see movies made on maxed-out credit cards with no promotional budget will always be more difficult than getting them to see a mass-promoted studio behemoth. But can we admit that the general picture of what an independent movie looks like has been degraded over time? Blame it on Pieces Of April: The onset of the digital revolution brought with it a flood of star-laden, utterly conventional, visually indifferent movies that defined the look (ugly) and scale (small) of what independent films of the future would be like. Before VOD even existed, indies were tacitly encouraging audiences to watch movies at home, where they’d look less like eyesores anyway. That loss of value, combined with a sea change in the quality and variety of home-viewing options, has severely diminished the indie theatrical experience.

And yet here’s another grim irony: Now that digital filmmaking has advanced beyond its Pieces Of April stage, small-budgeted—even micro-budgeted—indies look better than they ever have, and are frequently splashed across a wide canvas. For $17,000, the jury-rigged camerawork of Evan Glodell’s Bellflower offered images of searing vividness at the same aspect ratio as 2001: A Space Odyssey, and though Shane Carruth has remained coy about the budget for Upstream Color, his follow-up to the famously shoestring Primer greatly expands his visual ambition on what had to be comparably minimal resources. We’re at a point now where even documentaries are beckoning comparison to Terrence Malick, and the relentless flood of true indies released every week are speckled with films of arresting sound and vision.

Setting aside the found-footage and DIY nothings that add noise to the signal, there’s never been a better time to venture out of the house and see independent and foreign films on the big screen. And theoretically, independent theaters needn’t bother aping the tactics of their multiplex counterparts to secure their business, either, not when the supply of visually striking films is this rich. And yet the assumption that indies are fine enough at home is widespread enough to make the counterargument seem hopelessly quixotic. Perhaps photography alone isn’t enough. Perhaps indie-theater ushers should manually shake the seats for that 4DX effect. For now, we can only shout, “You’ve got to see that on the big screen” until we’re blue in the face.

(But not for Blue In The Face. That one’s just fine at home.)