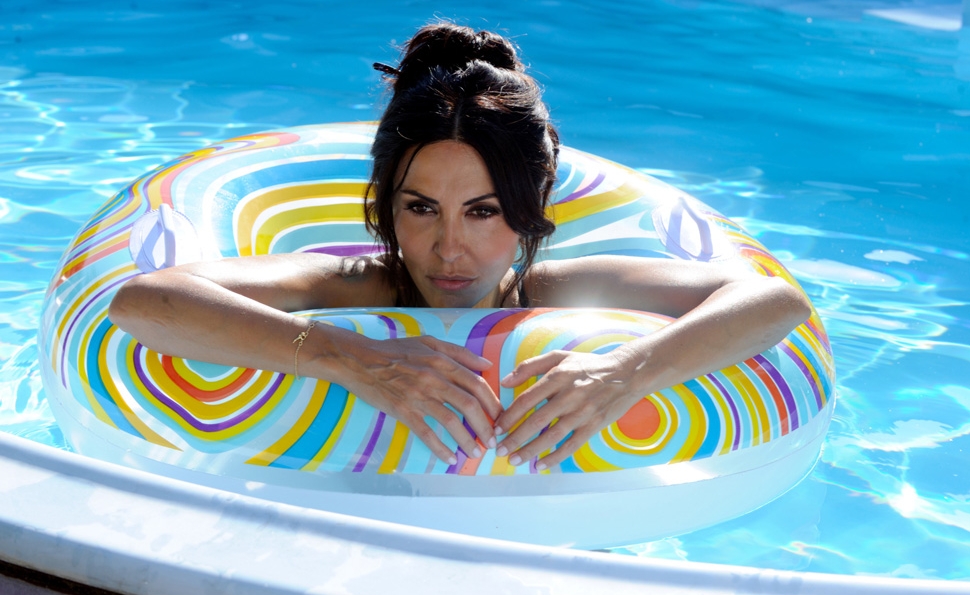 The Italian title for Paolo Sorrentino’s The Great Beauty is La Grande Bellezza, which much more closely evokes its main source of inspiration: the wondrous Federico Fellini opus La Dolce Vita. Sorrentino’s spectacularly ornate assessment of modern Rome is peppered with references to other Italian cinematic totems as well, like Fellini’s 8 1/2 and Michelangelo Antonioni’s La Notte, which indicates just how audacious the movie is. Few filmmakers in the world have the moxie to assert themselves like Sorrentino does here, appointing himself as the heir apparent to the great masters of Italian cinema. Those familiar with the director’s previous work won’t be surprised by the gesture, given Sorrentino’s habit of going far out on the ledge with films like Il Divo, a crazily stylized historical fiction about former Prime Minister Giulio Andreotti and his alleged mob connections, or This Must Be The Place, a widely ridiculed (but underappreciated) American road movie offering Sean Penn as an aging Robert Smith-type in pancake makeup. Sorrentino is seeking to extend a national tradition of exuberance, and The Great Beauty not only plants the flag, but documents the planting with swooping crane shots and symphonic crescendos.

Sorrentino’s version of Marcello Mastroianni is Toni Servillo, who played Andreotti in Il Divo and here employs his crevassed face and rascal’s grin to the role of a long-in-the-tooth writer who surveys the empty excesses of his city and his life. There isn’t much story to The Great Beauty, but more of a vibe: It opens with a quote from Louis-Ferdinand Céline’s Journey To The End Of The Night that ends, “Our journey is entirely imaginary, which is its strength,” then proceeds along those lines. Just as Fellini sent his passive journalist out into the streets of Rome in La Dolce Vita, Sorrentino sends his passive author into a nocturnal Rome that’s summoned wholly by the director’s bountiful imagination. Little beyond Servillo’s presence gives the film any ballast, which is both asset and liability, freeing Sorrentino to pepper the screen with wild setpieces and fits of inspiration while encouraging a certain shapelessness. The film spins its wheels, however much the rims gleam.

When the film first encounters Jep Gambardella (Servillo), he’s dancing and glad-handing his way through a 65th birthday party that looks more like a nightclub, with pounding techno music, beautiful young women, and a buxom former reality-TV star jumping out of the cake. Jep seems right at home presiding over this madness, having attained permanent membership in the cultural elite for the publication of one sensational novel that he’s never followed up. Where Mastroianni’s director is eight and a half movies into his career in the Fellini film, Jep is stuck at one-and-a-half projects, though he’s sustained himself with a drizzle of lesser writings. The occasion prompts Jep to experience a late-life crisis, reflecting on relationships old and new, and accounting for his creative block.

The Great Beauty has the dark-night-of-the-soul quality of La Notte, but Sorrentino’s florid expressionism couldn’t be further from Antonioni’s more formal, haunting, meditative sense of urban alienation. For Jep, modern Rome has become a parade of sensational diversions against a backdrop of ancient grandeur, and he struggles to express anything about it that wouldn’t just affirm its vacancy. (Others struggle, too, like a performance artist who runs headlong, naked, into a brick wall for some unaccountable reason.)

The obvious criticism of The Great Beauty is that it epitomizes the slick emptiness Jep decries, and that Sorrentino is the one running headlong into a brick wall. But the pleasures of the film, as with La Dolce Vita, are experiential, and it’s best received as a sensual rush, revealed through the eyes of a protagonist who has no control over it. Sorrentino wants nothing more or less than to give a half-jaundiced/half-dazzled impression of the city as he sees it, and while he doesn’t supply Fellini’s wonders, he’s still a conjuror of the first order.