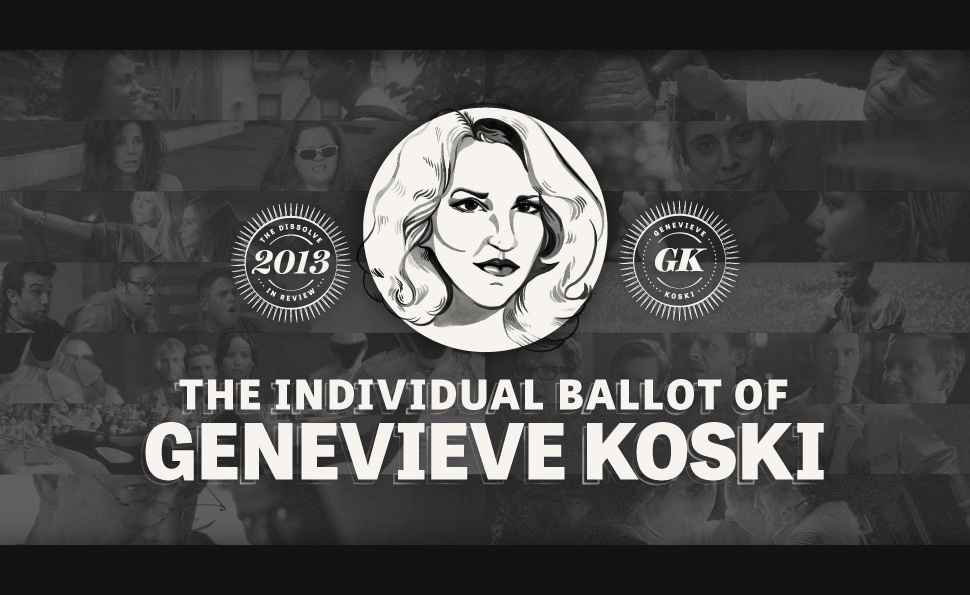 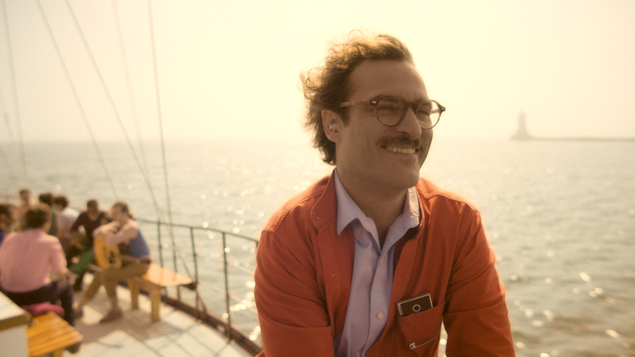 For various reasons, I saw fewer films this year than most of my colleagues, which means some films that might have made my list—most notably Inside Llewyn Davis and The Wolf Of Wall Street—weren’t in contention. But even drawing from a smaller pool of possibilities than everyone else, a few films didn’t make the cut for me, despite being very good. It kills me that there’s no animation on my list this year, but while I enjoyed both The Wind Rises and Monsters University, I couldn’t include them. The former is beautiful and fitfully inventive—particularly in its dream sequences—but ultimately felt too aloof, while the latter’s wonderful final act can’t compensate for the roteness of what comes before. I loved Drinking Buddies for its highly specific, dead-on portrayals of both a secret romance masquerading as friendship and the singularly, beautifully destructive lifestyle engendered by a career that facilitates—nay, encourages—irresponsible drinking. But Joe Swanberg’s charming mumblecore romance ultimately felt too slight in a year packed with great, memorable filmmaking. And while I came out of Spring Breakers unsure whether I hated it or loved it—that’s how I still feel, actually—I can’t deny it had an impact. I can’t justify giving a film I have such conflicted feelings about “best of” status, but I sure have enjoyed the conversation surrounding it. 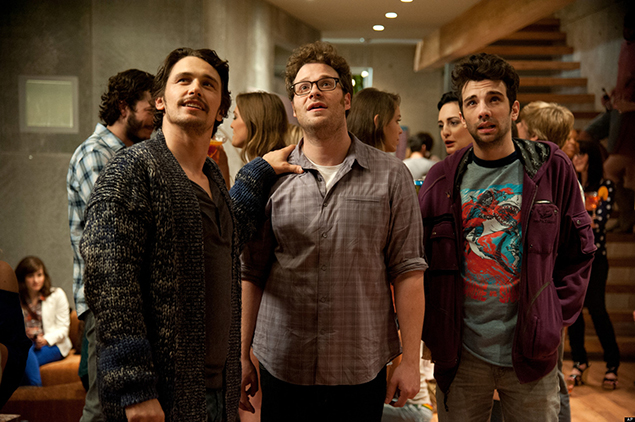 Two strikingly different musical numbers comprise my favorite filmgoing moments of the year, for similar reasons. Where Frozen’s Idina Menzel-sung I-am-becoming anthem “Let It Go” is as traditional and expected as This Is The End’s film-closing sing-and-dance-along is unexpected and irreverent, both tapped into veins of nostalgia and spectacle-appreciation that I tend to associate more with musical theater than film. I truly can’t decide between them, because both made me absolutely giddy in the moment, and are central to my memories of both films. I don’t think either is necessarily filmmaking for the ages, and “Backstreet’s Back” in particular will likely age into cultural-artifact status pretty quickly. And both are pretty flimsy-looking in a year packed with so much Big Important Filmmaking. But in terms of pure, euphoric emotional response—and ability to leave me grinning like a loon—no other scenes this year came close. 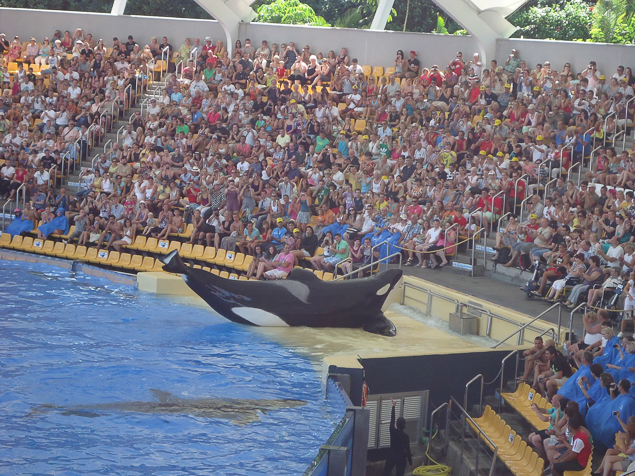 If facility for inspiring real-world change were the only barometer of success, Blackfish would be the year’s most successful documentary. Since it premièred at Sundance in January, Gabriela Cowperthwaite’s indictment of SeaWorld, told via the complicated, often violent history of a killer whale named Tilikum, has inspired a wave of backlash against the chain of theme parks. In addition to a drop in attendance that might or might not be attributable to the film, SeaWorld has faced a number of cancellations from musical acts that were scheduled to perform at its parks, including Willie Nelson, Barenaked Ladies, and Heart—with more likely on the way, as the film continues to spread via an airing on CNN, plus its recent introduction to Netflix Instant. The response is understandable, given Blackfish’s horrifying portrayal of a company that’s treated both its animals and its impressionable young trainers with a cavalierness that has arguably resulted in a potentially lethal environment for both. Cowperthwaite’s interviews with former SeaWorld trainers, combined with FOIA-obtained footage of whale attacks at the parks, paint a compelling story of institutional misinformation and youthful naïveté that makes up in power what it lacks in evenhandedness. It’s pop-documentary done right.