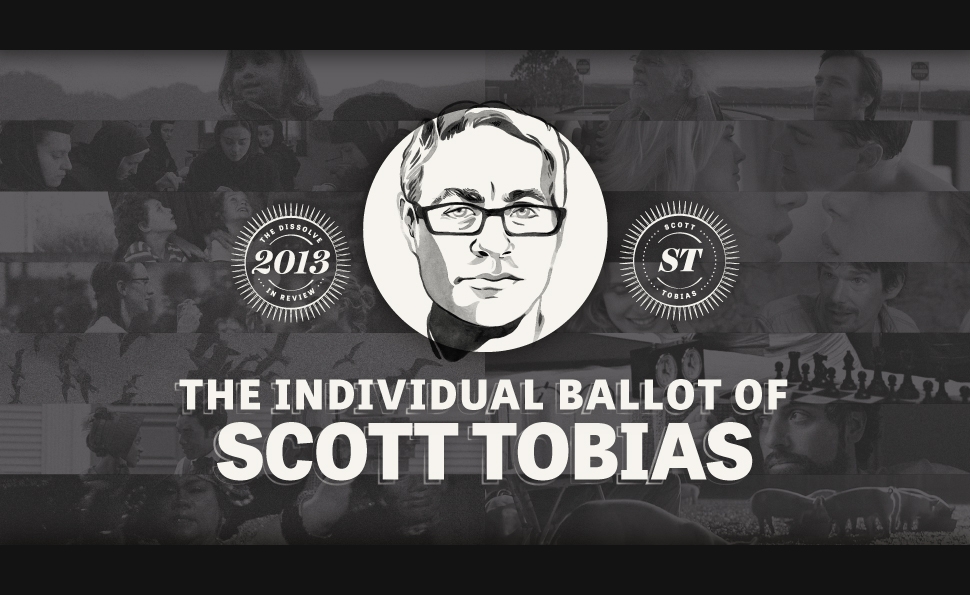 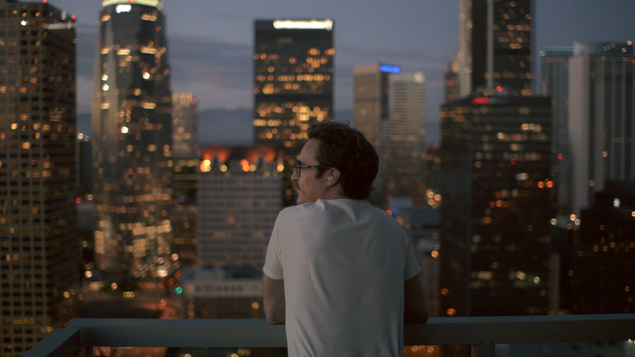 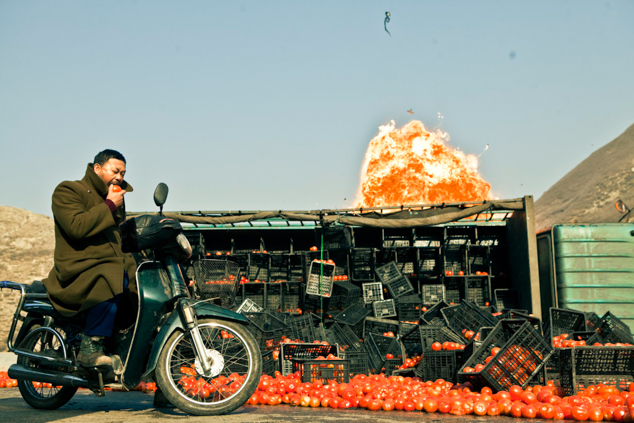 Though two forward-thinking documentaries already made my list—The Act Of Killing and Leviathan—it was a watershed year for formally exciting non-fiction, as I noted in a year-end piece about it. Movies like These Birds Walk, Let The Fire Burn, and Narco Cultura broke format and used new, more dynamic ways of getting information across. The phantom No. 16 on my list, victimized mainly by the arbitrary nature of listing, would have to be Jia Zhang-ke’s A Touch Of Sin, which expresses his ongoing concerns with the new China through four geographically diverse stories of violence. On the genre front, Edgar Wright’s The World’s End concluded “The Cornetto Trilogy” with such entertaining brio that its deep laments about middle age and homogenized culture slip right past, and Johnnie To’s Drug War confirmed the Hong Kong maestro as one of the best, most efficient action filmmakers in the world. Meanwhile, Captain Phillips and A Hijacking proved an illuminating double feature on Somali piracy—the former an act of meticulous docu-journalism on a Hollywood scale, the latter a cautionary tale about what happens when human lives are subject to corporate negotiation.

Romanian director Cristian Mungiu made it onto best-of lists aplenty for his Palme D’Or-winning 4 Months, 3 Weeks And 2 Days, but his follow-up is nearly its equal, another slow-burning drama about two female friends struggling against patriarchal rule. Beyond The Hills takes place in a world within a world, visiting an Orthodox convent far removed from civilization, much less the dictates of government. Cristina Flutur and Cosmina Stratan shared the Best Actress prize at Cannes for playing childhood friends whose divergent paths lead the former to mental illness and the latter to an austere life in the convent. When the outsider’s flouting of the rules leads the priest to consider her possessed, Beyond The Hills turns into an exorcist story without any apparent demon, yet with all the horror that implies. Mungiu shows how the guidelines that bring structure and meaning to some can seem harsh and irrational to others.

Alexander Payne’s film qualifies as a comedy-drama, but part of what makes it so affecting is how Payne and his screenwriter, Bob Nelson, let both elements co-exist without one taking anything away from the other. This foreground/background dynamic comes into play especially once Woody (Bruce Dern) and his son David (Will Forte), en route from Montana to Lincoln, Nebraska to collect nonexistent sweepstakes winnings, make a pit stop in Hawthorne, Nebraska, the dead-end town where Woody and his battle-axe of a wife, Kate (June Squibb), grew up. As they visit a cemetery and look over the gravestones of friends and family that have passed on, David gets a tour through the wreckage of his distant father’s life while Kate, an irrepressible gossip, spews hilarious vulgarities about the less-esteemed dead. It’s one of the year’s funniest scenes—and one of its saddest.