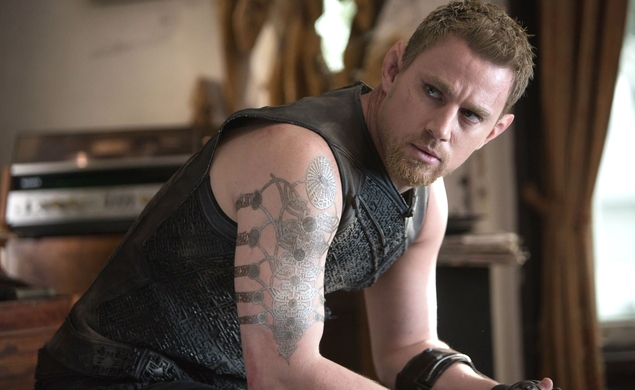 Each week, the entertainment world’s various studios and distributors release enough new home-video offerings to not only justify an entire column dedicated to their promotion (perhaps you’ve read one of those columns! perhaps you’re even reading one now!), but often also pushing out enough new DVDs and Blu-rays to engender deeper examination and the discovery of thematic links between said home-video offerings. Often. Not always.

Some of those thematic links are a bit tenuous (like that time I demanded that everyone get teary-eyed and/or titillated by a batch of offerings that included both Still Alice and Wet Hot American Summer, mostly pleased that I could fall back on the enduring charm of descriptive alliteration to make a nice headline in the face of a weird batch of new picks), and some of them are mostly imagined, like this week, which features not only a slim number of new DVDs and Blu-rays (and combo packs, oh my!), but few that have any discernible link whatsoever. What have we got then? Movies about unexpected body shapes, like Jupiter Ascending (Channing Tatum’s dog ears, huge wings, and sky-skates), The SpongeBob Movie: Sponge Out Of Water (sponges, go figure), and even Wolfcop (a cop…shaped like a wolf?). It’s a weird week, is what we’re saying, but at least it affords buyers the chance to catch up on off-kilter hero-shapes.

Not eager to add some wolves (and sponges) to your home-video collection? Other options include the Kristen Stewart-starring Camp X-Ray, the very sexy Focus, and a saddlebag full of classic Westerns (from Rio Bravo to The Train Robbers). In need of some upgrades? Both 1776 and Apollo 13 are on the receiving end of new cuts, including a director’s cut and an anniversary edition, respectively. Are there wolf-dudes or sponge-men in those films? (No.) Give ’em a second look and be prepared to be amazed! (Still no.)