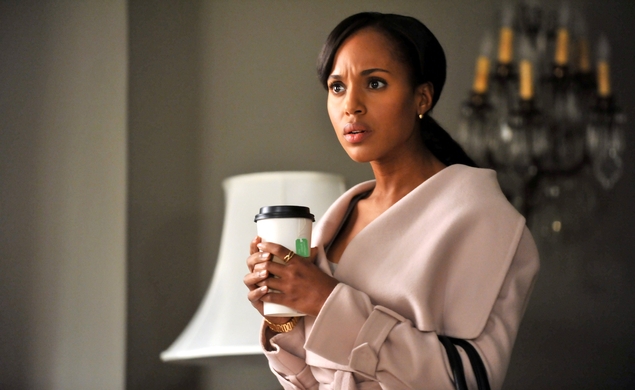 Sign of hope: Projects and films about, by, and/or starring lots o’ ladies

Harbinger of doom: Deadline and its “ethnic casting” piece
Let’s all just take a deep breath and hold it for a few seconds in preparation for this item. Everybody got a beer or a Klonopin or something? Okay.

If you’ve been on the Internet at all over the past couple of days, you’ve likely seen at least one person angrily tweeting or angrily lighting trash cans on fire about a Deadline piece published Tuesday night and actually, ACTUALLY titled “Pilots 2015: The Year Of Ethnic Castings – About Time Or Too Much Of Good Thing?” If you haven’t seen the story yet, don’t worry, because despite the (more than justified) outrage over it, Deadline’s kept it up, oddly doubling down on it, racist warts and all. The piece, by Nellie Andreeva—who is either a) terrible at satire? I don’t know? or b) just terrible—covers the trend of casting “ethnic” actors during this year’s pilot season, then quotes several “anonymous insiders” who bemoan the lack of parts available to white actors as a result. Here is a real pull-quote:

“But, as is the case with any sea change, the pendulum might have swung a bit too far in the opposite direction. Instead of opening the field for actors of any race to compete for any role in a color-blind manner, there has been a significant number of parts designated as ethnic this year, making them off-limits for Caucasian actors, some agents signal. Many pilot characters this year were listed as open to all ethnicities, but when reps would call to inquire about an actor submission, they frequently have been told that only non-Caucasian actors would be considered. ‘Basically 50 percent of the roles in a pilot have to be ethnic, and the mandate goes all the way down to guest parts,’ one talent representative said.

Does your expression now look like Kerry Washington’s does up top? K, good. Here’s another one, because oh my God:

“While they are among the most voracious and loyal TV viewers, African-Americans still represent only 13 percent of the U.S. population. They were grossly underserved, but now, with shows as Empire, Black-ish, Scandal and HTGAWM on broadcast, Tyler Perry’s fare on OWN and Mara Brock Akil’s series on BET, they have scripted choices, so the growth in that fraction of the TV audience might have reached its peak.”

Scroll down a bit for a second and read Kerry Washington’s speech about intersectionality. Nellie Andreeva and whoever the fuck she interviewed for this tone-deaf, racist, nonsensical clickbait nightmare are not here for intersectionality. They’re not even here for general human decency. No, Nellie Andreeva and co. are genuinely concerned that the upswing in casting racially diverse actors threatens the very foundation of Caucasian actors (who, let’s remember, have been all over the goddamn screen for the history of time), and believe that this is a completely acceptable sentiment to express out loud.

First of all, that would be pretty awesome; second of all, this would not even begin to make up for the decades—nay, MILLENIA—of oppression that our country—nay, our WORLD—has subjected non-white actors—nay, non-white PEOPLE—to. As Shonda Rimes so poetically put it, “1st Reaction: HELL NO. Lemme take off my earrings, somebody hold my purse! 2nd Reaction: Article is so ignorant I can't even be bothered.” Good point, Shonda. Let’s move on (but never forget). Bye Nellie.

Harbinger of doom: 2014 failed the Bechdel Test
The Bechdel Test, while not a perfect system, is a pretty solid metric for measuring just how horribly women are sidelined in any given movie. Here’s the test, in its entirety, as laid out in Alison Bechdel’s original comic:

1) The movie must feature a minimum of two female characters

2) Those female characters must talk to each other

That’s it! Seems simple, right? Apparently, it’s the most difficult thing in the world, because about half of the film industry is failing at it. According to the Silk, only 55.4 percent of films last year passed the test. Over the past two decades, only three other years saw similarly low rates (1998, 2002, and 2009); most years see pass rates between 60 and 65 percent. (How demoralizing, though, that this is the best it gets.)

The breakout categories of the Silk’s study are even more distressing. (Be sure to visit the site; you can slice and dice the data however you want, like a mad surgeon.) In 44 percent of movies released in 2014, women talked only about men. Animated movies, which are primarily targeted at children, are worse on average—40 percent of those films over the past four years have failed the Bechdel Test. Parents: Please teach your young girls to talk about shit other than boys!  And only show them The Tale Of Princess Kaguya or Rio 2. K, thanks.

Interestingly, as New York Magazine points out, if a movie passes the Bechdel Test, it doesn’t necessarily mean it’s a feminist flick—one of the movies to pass last year was Walk Of Shame.

Sign of hope/Harbinger of doom hybrid: Women have delivered the three biggest live-action openings of the year
There’s a great New York Times piece this week by Brooks Barnes called “At The Box Office, It’s No Longer A Man’s World [but just at the box office, lol].” Barnes calls out a “startling” trend: “Women are driving ticket sales to a degree rarely, if ever, seen before,” Barnes writes, “while young men—long Hollywood’s most coveted audience—are relatively AWOL.”  Thanks to last week’s Insurgent release, women have now helped deliver—and headline—the three biggest live-action openings of the year. A 60-percent female audience helped Insurgent gross $54 million last weekend; the opening weekend crowd for Fifty Shades Of Grey was 67 percent female; and women made up 66 percent of the audience for Cinderella.

Now, I know what you’re thinking. “What’s Fifty Shades Of Grey? Also, women just saw these movies because they’re about lady shit.” Barnes addresses that, too. “It would be easier to dismiss those percentages as a fluke—three big female-oriented movies just happened to arrive in proximity—if a parade of movies aimed at young men had not bombed over the same period. Among the carnage: Jupiter Ascending, Seventh Son, Hot Tub Time Machine 2, Chappie and, over the weekend, Sean Penn’s The Gunman.”

Apparently, the shift has been “noticeable enough” to prompt movie execs to “ruminate about the causes and consider whether the big film factories should recalibrate their assembly lines.” YES. COME ON, WHITE DUDES. One white dude, Dan Fellman, president of domestic distribution at Warner Bros., asks, “You can never put your finger on it entirely, but you have to ask the questions. Is this just the cyclical nature of the movie business? Or does it point to a more serious shift in habits?” Hm, yes, it seems dangerous to make any sudden movements here.

Also, Insurgent’s star, Shailene Woodley, has doubled down, Deadline-style, on her assertion that she’s not a feminist. She told Nylon, “The reason why I don’t like to say that I am a feminist or I am not a feminist is because to me it’s still a label. I do not want to be defined by one thing. Why do we have to have that label to divide us? We should all be able to embrace one another regardless of our belief system and regardless of the labels that we have put upon ourselves.” Shaileeeeeene. I love you, but you’re kind of killing me here. Feminist doesn’t have to be your “one thing” and also it’s not divisive. Everybody’s welcome! Bring your dog, even!

Overall, was this a good, bad, or neutral week for women in movies, Rachel?
A VERY bad week in a series of bad weeks. When a massive trade publication (for God’s sake) can publish a whoppingly ignorant, racist article and not even feel enough shame to take it down, we’re in trouble. When women are flocking to the movies in droves and the Powers That Be are like, “Eh, but maybe we still don’t need to make movies for them, they probably just came here for the 25-cent tampons,” we’re in trouble. Oh, and, to top it all off, we’re coming off one of the worst years for female representation of the past two decades. So, yeah. This week was not good. I’m looking at you, Nellie Andreeva. And sort of at you, Dan Fellman. And not at you, Shailene, because you’re very famous and you scare me a little.