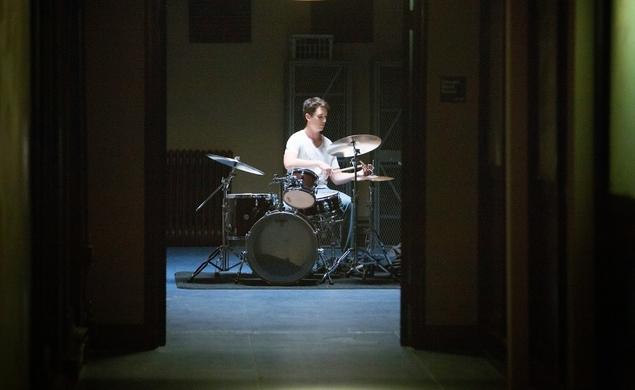 For a brief moment on Sunday night, after Whiplash won Best Film Editing at the Academy Awards, it seemed within the realm of possibility that it was about to pull off a major upset. J.K. Simmons winning Best Supporting Actor for his terrifying turn as an abusive music teacher was in line with all the pre-show predictions, but the movie winning Best Sound Mixing was a minor surprise, and when the Best Editing award went to Whiplash instead of the favored Boyhood, the film had won every category in which it was nominated, with the highly winnable Best Adapted Screenplay still to come before the longshot Best Picture. When Whiplash lost to The Imitation Game in the former, that was pretty much that. Still: a fine showing for a gripping and visually dynamic film about the perils and payoffs of obsessive perfectionism. (I didn’t even mind it winning the editing award, because Tom Cross’ work on Whiplash is one of the major reasons it’s so exciting.)

Whiplash is now on DVD and Blu-ray. And if that Oscar-winner isn’t quite your tempo, today also sees the release of Gina Prince-Bythewood’s superb musical melodrama Beyond The Lights, which flew too far under the radar during last year’s award season (though it did land an Oscar nomination in the Best Song category). Beautifully photographed by Tami Reiker and well-acted by Gugu Mbatha-Raw and Nate Parker—playing, respectively, an exhausted pop star and the ambitious young policeman she falls for—Beyond The Lights is refreshingly revealing about the exploitative tendencies of the modern music industry, but it’s also an honest romance, exploring how two career-oriented people struggle to find a space and a time where they can be together.

Lastly, two of the most significant releases this week come from the same company: the invaluable archivists at Milestone. Their “Shirley Clarke Collection” continues with the indie pioneer’s most essential film, the 1962 junkie drama The Connection. And Milestone is also putting out In The Land Of The Head Hunters, a pre-Nanook Of The North piece of ethnographic cinema—part documentary, part adventure—that photographer Edward S. Curtis made back in 1914. The Curtis film is a must for the history-minded, and is well packaged on a DVD that includes a wealth of supplemental material.