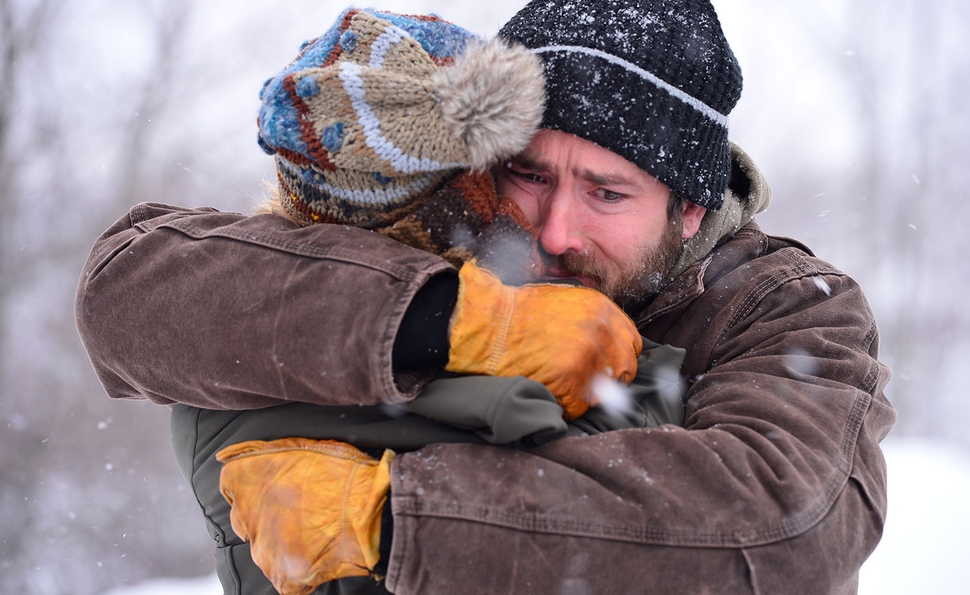 When Cannes announced its Competition lineup last month, some heavy sighs were heard among the general hubbub of excitement. These folks are disappointed that the festival continues to invest heavily in proven talent, inviting the same auteurs back year after year; in their eyes, a slate that features such perennials as Mike Leigh, David Cronenberg, the Dardenne brothers, Naomi Kawase (who’s never made much of a splash anywhere but here), Nuri Bilge Ceylan, Olivier Assayas, and Ken Loach—all of whom are present this year—suggests that Cannes is in grave danger of becoming ossified. I’ve always found this argument a bit silly, since it’s not as if any of the filmmakers listed above are long past their prime, or could credibly be dismissed as artistic deadweight. Sure, I could name some fresher faces I’d be more psyched to see (many of them female: Julia Loktev, Maren Ade, Ursula Meier, Debra Granik, Nina Paley), but hitting us baby one more time with some of world cinema’s giants hardly constitutes timidity.

That said, after seeing The Captive this morning, I’m now open to the idea that Atom Egoyan, whom I used to cite (back in the 1990s) as my favorite living filmmaker, should be put out to pasture. What’s worrisome about this ludicrous art-schlock crapsterpiece is that it isn’t one of Egoyan’s director-for-hire jobs, like Chloe or the current Devil’s Knot. He devised the story—about a Niagara Falls couple (Ryan Reynolds and Mireille Enos) whose young daughter is abducted and held prisoner for eight years by a foppish psychopath (Kevin Durand)—and his screenplay, co-written with TV-movie vet David Fraser, employs his usual structural gamesmanship, leaping to and fro in time and withholding crucial details. Rosario Dawson plays a cop who specializes in cases of child-enslavement, investigating evil rings of pedophiles who abuse and torture kids for an Internet audience (these creeps have amazing encryption!), but it takes a while to gather that she, too, has gone missing and is being sought by her partner/lover (Scott Speedman). Likewise, the details of the abduction emerge only in fragmented flashbacks, and the titular captive (Alexia Fast), now 17, spends her days recording monologues for purposes that remain obscure.

So long as The Captive remains mysterious, it’s compelling, and Egoyan seems back on his game formally, making evocative use of various white-on-white locations. (Though the action covers nearly a decade, it’s always the dead of winter.) Eventually, however, the puzzle pieces have to start forming a recognizable image—there’s even a baldly expository/symbolic scene that illustrates this using actual puzzle pieces—and The Captive’s endgame is simultaneously so silly and muddled that it’s impossible to take seriously, even though Egoyan is clearly struggling to make some sort of grand statement. In the past, he weaved his characters’ private obsessions into a rich tapestry of public neuroses, justifying the absurdist behavior and stilted tone. Here, he seems to be trying to say something broader about contemporary voyeurism, though damned if I can figure out what. The film’s ostensible pedophiles are less interested in sex than in witnessing parents’ pain (the mom is constantly observed on hidden video cameras and tortured with items meant to remind her of her daughter) and in having victims serve up stories detailing their lost hopes and dreams.

That probably sounds intriguing, and it’s certainly Egoyanesque. However, because the story is told primarily from the point of view of the parents and the cops—the “normals,” so to speak—and because the plotting is so airport-novel silly (a flashback to the cop’s abduction could have been plucked from a low-rent Bourne knockoff), any thematic interest winds up buried underneath a mountain of lurid implausibility. The Captive combines the most pretentious aspects of an art movie with the dumbest aspects of a thriller, and is doomed to satisfy neither audience. (A24 just picked it up for U.S. distribution, though, so you’ll have a chance to see for yourself.) It’s hard, I must admit, to see how anything other than misplaced loyalty could have inspired its selection for Cannes.

Thanks to the forthcoming European Parliament election (which was moved from June to late May, and now conflicts with Cannes’ final weekend), only one Competition film was screened yesterday, leaving me free to poke my nose into the sidebar program called Un Certain Regard. Once upon a time, this section functioned as the festival’s farm program, with filmmakers starting out there and then “graduating” to the Competition; in recent years, it’s become more of a free-floating catch-all, showcasing ornery works by major directors (Claire Denis, Hong Sang-soo) alongside the up-and-comers. Having admired Or (My Treasure), which won the Caméra d’Or (best first film) here 10 years ago, I was curious to check back in with Israel’s Keren Yedaya, here this year with the innocuous-sounding That Lovely Girl. Turns out the French title—Loin De Mon Père, roughly translating as Away From My Father—is considerably more apt. “This is a difficult film,” Yedaya told the audience at my screening, which was an understatement: It’s a nonstop onslaught of pain and suffering, with no apparent purpose except to convey the less-than-revelatory idea that maybe incest is not so hot. Protagonist Tami (Maayan Turgeman), who looks to be about 22 or 23, lives with her father (Grad Tzahi) as if they were husband and wife, an arrangement that includes frequent sex—some of it consensual, some of it not so much. This has apparently been going on for some time, and it’s taken a sizable psychic toll on Tami, who’s quickly revealed as both bulimic and a cutter, as if either one alone wouldn’t have been horrific enough. Adapting a novel by an Israeli author called only Shez, Yedaya does her best to make this icky relationship psychologically credible, and Turgeman does a fine job of vacillating between disgust, terror, self-hatred, and the desperate need for Dad’s love and affection. Nonetheless, That Lovely Girl never becomes much more than a catalogue of grotesquerie, constantly cycling through the triumvirate of vomit, knifework (Tami carves the word “DIE” into her arm at one point), and joyless fucking that more often than not crosses the line into date-rape… though even the prefix “date” is gross in this context. Miserablism of this order has thankfully gone out of style, for the most part; judging from this pointless, grueling downer, there’s no need for a comeback.

Tomorrow: Bertrand Bonello, whose House Of Pleasures was a highlight of Cannes 2011, returns with a biopic of Yves Saint Laurent. And I’m about to see whether I can get into Nuri Bilge Ceylan’s mammoth Winter Sleep, which is screening in an unusual time slot, and allegedly requires “proper dress,” which I am decidedly not wearing at present. We’ll see. (There’ll be later screenings should I get shut out.)

(Don’t miss Mike’s day-one coverage of Cannes, featuring Nicole Kidman in Grace Of Monaco and the latest from Mike Leigh.)