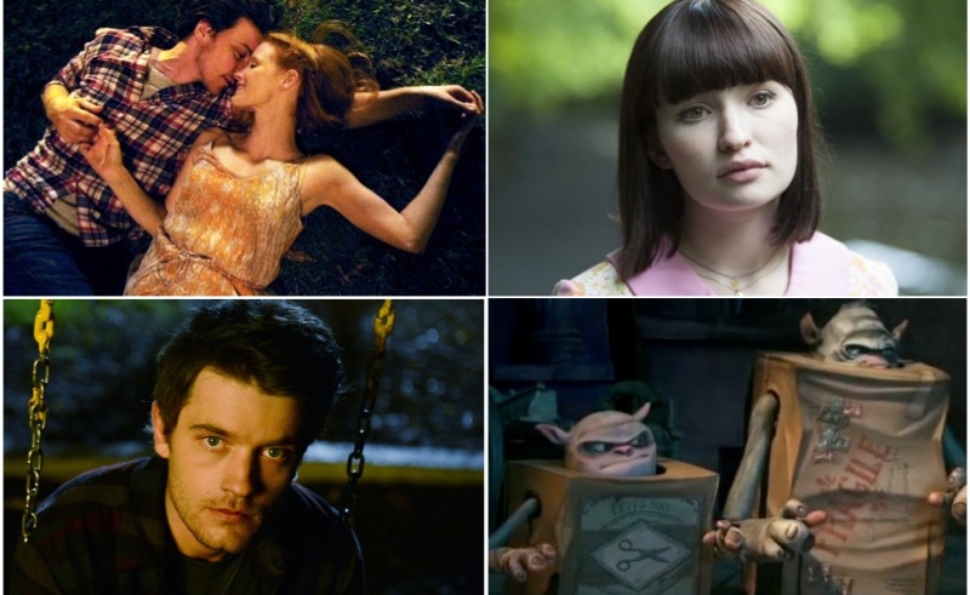 The week of September 5

The big one: God Help The Girl *

Belle And Sebastian frontman Stuart Murdoch reaches the culmination of a long-running musical project (which has previously consisted of albums and concerts) by making his first movie: a melancholy pop musical starring Emily Browning as an anorexic who escapes an institution and forms a band with other outsiders in Glasgow. The filmmaking is ragged and the story too willfully downbeat at times, but Murdoch’s music is catchy, and his eye has been well-trained through decades of watching 1960s movies. Ultimately, God Help The Girl is an endearingly personal movie about faith, friends, and rock ’n’ roll.

The Identical … This offbeat rock ’n’ roll fantasy imagines a world where Elvis Presley’s twin brother grew up to become an Elvis impersonator.

Kelly & Cal … Juliette Lewis plays a new suburban mom who relives her punk past through her wheelchair-bound teenage neighbor.

Last Days In Vietnam* … Rory Kennedy’s documentary uses archival footage and interviews to look back at the waning weeks of the Vietnam War.

No No: A Dockumentary … Filmmaker Jeff Radice digs into the life and times of colorful 1960s/1970s major-league baseball pitcher Dock Ellis, who once claimed to have pitched a no-hitter while tripping on LSD.

And: And Uneasy Lies the Mind, But Always*, Devoured, Drive Hard, Falcon Rising, Frontera*, Innocence*, Jackhammer*, The Letters*, Levitated Mass*, The Longest Week*, The Pact 2, Pay 2 Play*, The Remaining*, Thunder And The House Of Magic*, Treachery*

The week of September 12

The big one: The Disappearance Of Eleanor Rigby*

At last year’s Toronto International Film Festival, writer-director Ned Benson premièred two work-in-progress films, both called The Disappearance Of Eleanor Rigby, with the tags “Him” and “Her” to indicate that one movie told the story of a newly separated couple from the male’s point of view, and the other from the female’s. The films were generally well-received—especially “Her,” which features an outstanding performance by Jessica Chastain as the title character, who retreats to her academic parents’ house when she no longer feels capable of being a good wife to her failing restauranteur husband (played by James McAvoy). Since TIFF, Benson has re-edited the two films into one new one, and the new “Them” cut went over well at Cannes earlier this year. The “Him” and “Her” cuts will also be released down the line, but for now, “Them” stands a good chance of notching up an Oscar nomination for Chastain.

At The Devil’s Door* … A realtor deals with a haunted house, a mysterious runaway, and her own troubled sister in the latest from indie horror filmmaker Nicholas McCarthy.

Dick: A Documentary … Men of all ages and from all walks of life tell filmmaker Brian Fender how they feel about their genitals.

The Drop* … Bullhead writer-director Michael Roskam follows up that impressive debut with a film written by Dennis Lehane, starring Tom Hardy and James Gandolfini as men who can’t escape their criminal pasts.

The Green Prince* … A Shin Bet agent and a Hamas insider recount the story of their unlikely partnership in this tense documentary, soon to be adapted into a narrative feature film.

Honeymoon* … This indie horror film has Downton Abbey/Game Of Thrones actress Rose Leslie playing a newlywed who unnerves her husband when they take a trip together and she reveals how little he really knows about her.

The Skeleton Twins* … In this Sundance favorite, Kristen Wiig and Bill Hader play an estranged brother and sister who reconnect, and start trying to help each other make up for a long series of mistakes.

Stray Dogs* … The first feature film from Taiwanese master Tsai Ming-liang in nearly five years follows a single dad eking out an existence on the fringes of the city.

The week of September 19

The big one: The Guest*

Dan Stevens is about to make Downton Abbey fans forget he ever played the soft, gentlemanly Matthew Crawley, because once they see Stevens’ performance as the buff, ice-cool super-soldier David Collins in Adam Wingard’s The Guest,  it’ll be hard to think of him as anyone else. At the start of The Guest, Stevens’ David arrives unexpectedly at the rural home of a dead army buddy, where he proceeds to do favors for his friend’s family—who then realize that David’s kind of help has terrible repercussions. Funny, frightening, and entertainingly performed (by Stevens especially), The Guest is a John Carpenter homage that captures the spirit of Carpenter’s 1980s movies while also feeling completely original.

Art And Craft* … The methods and motivations of a successful art forger are the subject of this true-crime documentary.

Hector And The Search For Happiness* … Simon Pegg plays a mild-mannered therapist who embarks on a life-changing, globe-hopping adventure, in a quirky British comedy that’s already been savaged by critics in its UK run.

A Life In Dirty Movies* … Wiktor Ericsson’s documentary follows sexploitation legend Joe Sarno and his wife as they try to make one last film.

The Maze Runner … An amnesiac in a post-apocalyptic world is dropped into a community surrounded by a dangerous maze, in this adaptation of James Dashner’s bestselling young-adult novel.

Pride* … A 1984 alliance between gay and lesbian activists and striking mineworkers provides the inspiration for this British dramedy.

This Is Where I Leave You … Broad comedy director Shawn Levy makes an indie-style comedy, with Jason Bateman, Tina Fey, Adam Driver, and Corey Stoll as squabbling siblings who come home for a funeral.

Tracks* … In this outback adventure—based on a true story—Mia Wasikowska plays a writer who traverses the Australian desert via camel.

Tusk* … Kevin Smith’s “True North Trilogy” begins with this gruesome horror movie about a strange old sailor (Michael Parks) who tries to turn a podcaster (Justin Long) into a human walrus, which is totally a thing.

20,000 Days On Earth* … Nick Cave plays Nick Cave in an experimental documentary about what it’s like to be Nick Cave.

A Walk Among the Tombstones … Out Of Sight screenwriter Scott Frank brings crime novelist Lawrence Block to the big screen (which hasn’t often happened), with Liam Neeson playing Block’s disgraced private eye Michael Scudder in a story about a slick criminal (The Guest’s Dan Stevens) trying to retrieve his kidnapped wife.

The week of September 26

The big one: The Equalizer

The 1980s spy/detective hybrid series The Equalizer was a fine television show anchored by an entertaining Edward Woodward performance, though it isn’t exactly the kind of property that seems to be begging for a big-screen adaptation. What makes Antoine Fuqua’s Equalizer movie somewhat promising, though, is that it re-teams Fuqua with his Training Day star Denzel Washington, and gives Washington another opportunity to play a wizened badass, which he’s done especially well since he entered his 50s. Add a supporting cast that includes Melissa Leo, Bill Pullman, and Chloë Grace Moretz, and all the ingredients are in place for a solid, well-acted, mid-budget action-mystery.

The Boxtrolls … A young man tries to save the underground creatures who raised him in the latest stop-motion-animated feature from Laika, the company that made Coraline and ParaNorman.

David Bowie Is* … A touring exhibition of Bowie costumes and ephemera has been adapted into a documentary, screening in select theaters for one night only, on September 23rd.

Hellaware … A New York artist discovers the true meaning of “authenticity” when he starts hanging out with (and exploiting) a teenage rap-rock group in the sticks.

Jimi: All Is By My Side* … 12 Years A Slave screenwriter John Ridley writes and directs a biopic of Jimi Hendrix, with OutKast’s André “3000” Benjamin as the rock guitarist.

The Two Faces Of January* … Viggo Mortensen, Kirsten Dunst, and Oscar Isaac play a cat-and-mouse game across Greece and Turkey, in Hossein Amini’s adaptation of a Patricia Highsmith novel.