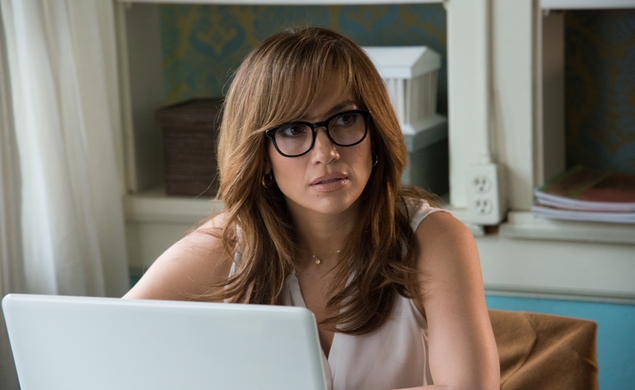 Historically, the movie industry hasn’t done the best job of including or representing women. Female Stuff is a regular feature that examines how it’s improving (…or not).

Sign of hope: Movies about, by, and/or starring lots o’ ladies
A quick note before I start: It can be hard to wade through the endless op-eds and the rhetoric and the Fox News and determine whether calling out “female-centric” things—in other words, homing in on or celebrating the “female” aspect of a work of art or project—is ultimately helpful or harmful to the goal of creating true gender equality. Why do we have to point out that something’s made by a woman, or stars a woman, or is written by a woman? Why can’t we just lump it in with everything else being slung our way and consume it (or not) accordingly? Well, because even though the earth is getting older, as we established last week, female-centric, -directed, or -written projects are becoming more and more rare.

Hopefully, in the utopian future where all of us will be raised by robots, we’ll no longer have to draw these types of lines or write these types of pieces, because everybody—black, white, male, female—will have equal representation and a fair shot at success. But right now, we have to call out the women, make room for them and make an effort to seek out their stuff. We have to celebrate both their art and the fact that it got made in the first place. (And, like we discuss in this week’s podcast, once we’ve done that, we can go ahead and judge/scrutinize/criticize it like we do with everything else.)

With that in mind: A whole bunch of female-centric projects have been green-lit and/or pushed closer to our eyeballs this week. I like to think it’s all because of Female Stuff! But probably it’s not. Anyway, here are a few:

Harbinger of doom: Female protagonists? What do you mean?
More disheartening news regarding women’s representation in movies: Last year, only 37, or 15 percent, of top-grossing films featured female protagonists. And as IndieWire helpfully points out, this isn’t because men go to see more movies than women, or because male-centric movies make more money. In fact, women account for a higher percentage of moviegoers, and movies with female protagonists earned 20 percent more, on average, than movies with dudes at the forefront. And news broke just today that the Jennifer Lawrence-fronted Mockingjay—Part 1 was 2014’s top-grossing film—meaning it’s the second year in a row that a female-led film has conquered the box office. (Last year’s honor went to Mockingjay’s predecessor, Catching Fire.) So clearly, that whole voting-with-our-dollars thing isn’t exactly working.

Sign of hope: J. Lo and George Lucas chat publicly about gender equality
As annoying as it is to read yet another article in which a celebrity is asked, “Are you a feminist?” the movement—and the word—need as much propulsive motion and destigmatization as they can get. For better or worse, when Hollywood stars are asked to speak out about their position on gender equality—or, even better, start talking about it of their own accord—the impressionable men and women of the world will likely listen for at least 10 seconds, and, hopefully, learn something. This week, George Lucas and Jennifer Lopez threw their (stylish) hats into the ring, speaking about younger and older women, respectively.

Harbinger of doom: Sacha Baron Cohen humiliating and demoralizing women/the political arm of the town of Grimsby for being completely offensive/the media for missing the point
Yeah, about that whole “propulsive celebrity feminism” thing? Somebody tell Sacha Baron Cohen. This week, a Daily Mail article shared that the comedian hired “six, 20-stone ‘revolting’ women” to play female football (That’s British for soccer!) fans from the seaside town of Grimsby for his forthcoming film of the same name. The outlet spoke to local politicians who were “outraged by the casting and the film’s negative portrayal of the town.” One of those local politicians said, “Why pick on us?… I know it’s a joke, but I haven’t seen these fat ladies anywhere. If they were so fat, they wouldn’t fit through the turnstile at the stadium. You can find fat ladies anywhere. We don’t have an accumulation of them.”

Y’all, Grimsby has it bad! They’re tired of being demoralized, unduly judged for their appearance, subjugated, and—wait, no. That’s women. Shut up, Grimsby politicians. You’re embarrassing yourself with your backward, medieval chatter. And Sacha Baron Cohen, shame on you for thinking that the best way to portray a town or a team as lesser-than is to represent it onscreen with women you personally find unattractive. You’ve got a legion of would-be comedians—mostly male—who quote your movies like they’re scripture. This is unfortunate for all of us; we’re all really, really tired of bad Borat imitations. But it’s the reality, and it means you have a direct line to a generation of fratbros. Don’t perpetuate this tired, misogynist bullshit.

Sign of hope: Female-centric film fests and fellowships
You know how some days, you’re like, “If I see one more movie about a middle-aged white man struggling to get over a breakup/his youthful notions of success/his frat brother’s wedding/losing his job/himself, I am going to just lose my shit completely”? Somebody is listening! Here are some female-centric fests and fellowships coming up:

Overall, was this a good, bad, or neutral week for women in movies, Rachel?
Good. Last week, we decided the industry was failing women—the numbers and Oscar noms were bleak—but this week, we’re seeing some forward motion in a few sectors of the industry. Men and women alike aren’t staring blankly at the problem, but rather, doing something about it: founding film festivals, creating art that doesn’t ignore an entire gender, and speaking out about gender equality in Hollywood. Together, sometimes! While there’s still a shit ton of work to be done (I’m looking at you, Sacha), we can rest easy for one hour before we start doing it.

Further takes on the film and feminism front from around the web: