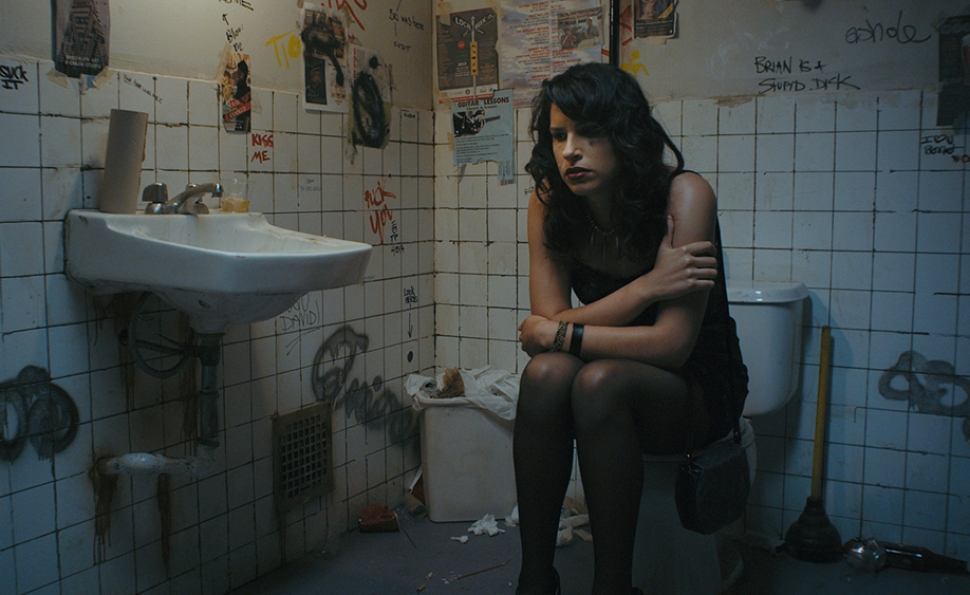 Desiree Akhavan’s feature debut may sound like the sort of film crafted entirely for niche audiences attempting to kill time before the next season of Girls hits the small screen: It’s a dramedy about a Brooklyn-dwelling Iranian bisexual who attempts to get over a breakup through an ill-suited gig as a teacher for 5-year-old filmmakers, and via a series of poorly picked sexual partners. But Appropriate Behavior stands on its own merits, thanks to its creator’s unique honesty and offbeat humor. Akhavan pulls triple duty on the semi-autobiographical film, serving as writer, director, and star. As a multi-hyphenate, she’s more than up to the task, delivering an exciting and endearingly inappropriate debut.

Akhavan plays Shirin, the secretly bisexual daughter of Iranian immigrants. Still reeling from a recent break-up with Maxine (Rebecca Henderson), Shirin responds immaturely, trying to win Maxine back using childish tricks in an unfocused attempt to make her jealous. Shirin is determined to snag dates to ire Maxine (and also to satiate her still-raging libido). Her fallible plan leads to a series of bad meetups (one OKCupid date involves Shirin drinking out of a paper bag with some random dum-dum in an abandoned alley) and at least one ill-advised and frankly mortifying accidental threesome. Shirin also stalks Maxine all over town, showing up at the neighborhood food co-op in an attempt to work a shift when Maxine is working hers, popping up at an LGBT event Maxine planned on attending for months, and even dragging a mostly mute date to a pal’s birthday party just to get the blood flowing.

The film flips between Shirin’s present-day attempts to regain Maxine’s affection, and flashbacks that illuminate key moments in their relationship. Akhavan originally conceived of the film as a linear look at one year in Shirin’s life, focusing on her relationship with Maxine, but her decision to chop up the narrative is a wise one, with rich rewards. Akhavan is filching directly from Annie Hall, but she knows it, and her style suits the story she’s trying to tell.

Shirin and Maxine’s issues stem from Shirin remaining closeted (despite all evidence to the contrary, including a shared bed that her parents ask about when they visit their new apartment), and that conflict wears away at the pair. Maxine, for all her perceived freedom, is also not confident in her own skin, and some latent sexual issues pop up along the way to ruffle their once-lovely relationship. While not exactly bonded by shared interests (Shirin’s idea of shared interests involves telling Maxine, “I hate so many things, too”), there’s clearly love between the pair. And though Shirin’s story sounds specific, the emotions Appropriate Behavior illustrates are universal. A broken heart is, after all, a broken heart.

Akhavan also cleverly skewers so much of what makes Brooklyn-set indies the subject of derision, but she does it with grace and humor, not with potshots or exaggerated gags. (Granted, a line about attending an event to watch a friend “dressing up like a farm animal and touching herself” might sound crazy, but something similar is most likely happening somewhere in the borough this weekend.) Appropriate Behavior is very funny, even while it’s also being real and heartfelt. It’s a raw story with refined production values, and Akhavan is so open and true in the lead role that what could be an overly insular story instead feels relatable and amusing. Shirin is a bit of a trainwreck who consistently opts for the worst possible path, but Akhavan’s doe-eyed and deadpan delivery are charming and engaging.

Henderson does fine work as Maxine, believably embodying both charm and cruelty, a powerful mix when it comes to the ex-girlfriend archetype. Halley Feiffer also turns in a stellar supporting turn as Shirin’s best friend Crystal, and she excels at pulling facial expressions that drive home the humor. Yet what really makes Appropriate Behavior such a gem is Akhavan and her accomplished work on every aspect of the film. She’s an appealing actress, an assured director, and a sharp writer—a breakout triple threat who’s more than worth the attention this debut should garner for her.