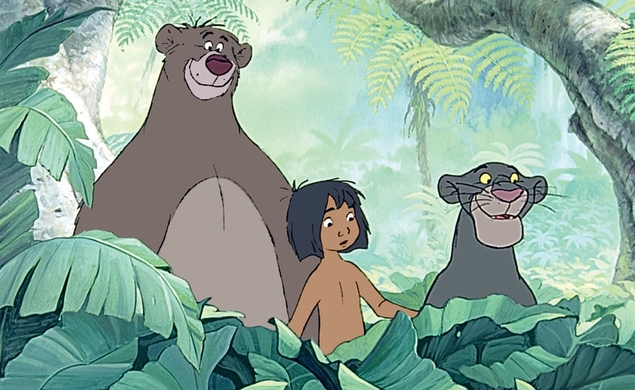 Since 2010, director Jon Favreau has been developing a film version of Magic Kingdom, a movie set inside the famous Disney theme park. (It was initially described as Disney’s answer to Night At The Museum.) As recently as last year, Favreau was still talking about the project, and wanting to apply the “Pixar process” to its development, letting the story evolve slowly and organically rather than rushing the film out to meet a pre-set release date. In the meantime, Favreau made and starred in an indie called Chef that’s due out next year, and he’s also lined up another big project at Disney that will adapt another one of the studio’s beloved properties to the screen.

Deadline reports Favreau is in talks to direct the latest live-action version of The Jungle Book. The Rudyard Kipling novel was previously turned into a 1967 Disney animated film featuring the adventures of the human boy Mowgli and his animal friends (and classic songs like “The Bare Necessities”) and a 1994 live-action adventure starring Jason Scott Lee and directed by Stephen Sommers, who later went on to reboot The Mummy. The screenplay for Disney’s new version of The Jungle Book will be written by Justin Marks, who also wrote the script for Disney’s new version of 20,000 Leagues Under The Sea. (The phrase “Disney’s new version,” by the way, is the most dangerous part of The Dissolve Newsreel drinking game.)

“I can’t say that much, but there is an interesting take that could be very cool, and the hope is to relaunch a family brand with certain mythic elements. It is my first real family film since Elf, and there are action elements and visual effects that I feel like my experience on the Iron Man films are going to be useful.”

Favreau seems to have forgotten his own filmography; after he made Elf, he directed the family film Zathura, a sort-of sequel to the board-game-comes-to-life movie Jumanji. Helming that complex, effects-laden production was what helped him land the Iron Man gig in the first place. But that’s just a long-winded, OCD way of saying Favreau has the right sort of pedigree for the material. And when it’s all over, they can make a new Jungle Book ride at the Magic Kingdom, and then feature it prominently in Favreau’s film about the park. And that, my friends, is the real Circle Of Life.