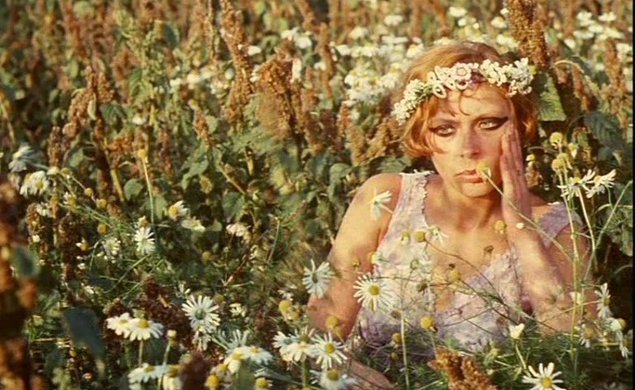 Last year’s Criterion/Eclipse box set Pearls Of The Czech New Wave introduced a lot of cinephiles to a group of filmmakers who defied government censors and embraced their nation’s Bohemian roots, making films that were satirical, romantic, and deliriously arty. Every film in the Pearls box is essential viewing, but the best of the lot is Vera Chytilová’s Daisies, an avant-garde comedy about two women—both named Marie, and played by Jitka Cerhová and Ivana Karbanová—who spend the movie’s brief running time laughing, posing, trying on clothes, teasing men, and just generally wreaking havoc. Largely plotless, Daisies is a scattershot, wildly creative assault on the establishment and the patriarchy, with a central relationship that recalls the youthful female friendships in movies like Ghost World and The World Of Henry Orient. Chytilová offers something new and vibrant to look at every minute, while celebrating the way that the bond between individuals can overcome all kinds of oppression. Daisies aies on TCM at 1:15 a.m. Eastern.

Or: Daisies is airing in conjunction with chapter eight of The Story Of Film, as is Roman Polanski’s 1962 debut feature Knife In The Water (airing at 10 p.m. Eastern). At a time when the foreign films that made it to the United States were largely high-art—with the occasional Akira Kurosawa action picture mixed in—Polanski wowed adventurous moviegoers with a taut, three-person thriller that explored heavy themes of paranoia, lust, and envy, via the story of a young couple and a stranger experiencing a fraught day of yachting.