Finally, Angelina Jolie is bringing Catherine the Great back to life 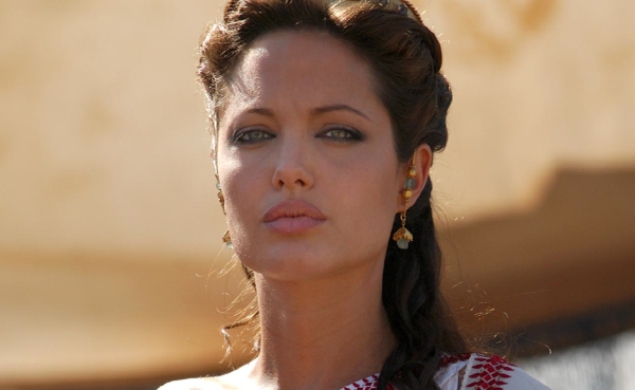 What better way to follow up the recent celebrations of a nation’s independence—two nations, if you count Canada—than with the news of an impending biopic about an 18th-century Russian empress’ love affair? That appears to be someone’s line of thinking, at least, as Angelina Jolie’s production company, Jolie Pas, has just optioned the screen rights to Simon Sebag Montefiore’s 2000 book, Catherine The Great & Potemkin: The Imperial Love Affair.

For those cinema buffs who fell asleep during history class, Catherine the Great (born Sophie Friederike Auguste von Anhalt-Zerbst-Dornburg) was married to Emperor Peter III, until he was assassinated in a coup at the end of the Seven Years’ War in 1762. That’s when Catherine came into power, ruling until her death in 1796 and bringing forth a revitalization of the country, the age of Russian Enlightenment. In that time, she also brought her lovers much success; in becoming one of said lovers, Prince Grigory Potemkin—her lover after she kicked another lover, Count Orlov, to the Russian curb—essentially ran the country with her from 1774 on. (By the way, if you’re one of those same cinema buffs and wondering if Potemkin’s name has anything to do with Battleship Potemkin, the answer is yes. The actual ship was named in his honor, the ultimate sign of being a big deal in the 1700s.)

Depending on who you ask, Catherine and Potemkin’s love affair was the sexiest of all imperial love affairs. So it makes sense that Jolie would want to get in on that sexiness and add it to the slate of her other sexy projects—projects like Africa. Or Unbroken. Or By The Sea. Just reading those movie titles is enough to ignite a fire in one’s loins.

As for what role Jolie will be playing in this film besides executive producer, the mystery endures. Director, perhaps? Best Boy? Potemkin? Jolie playing Catherine the Great sounds like the no-brainer in this situation, but if you take a look at paintings of Potemkin, those lips could easily belong to a woman. Plus, the description for the book calls Potemkin “wildly flamboyant and sublimely talented.” The possibilities are endless for this 18th-century Russian royalty biopic.