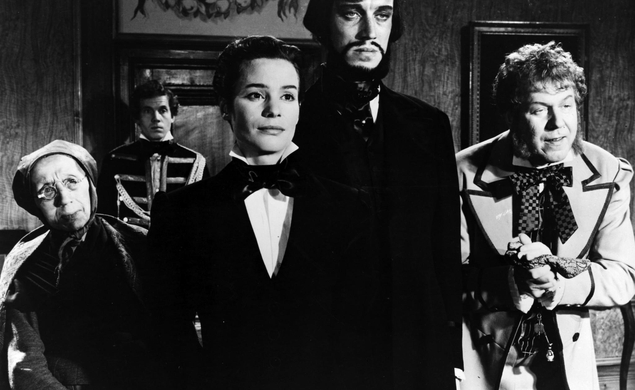 Turner Classic Movies salutes Max von Sydow tonight with a quartet of the acclaimed octogenarian’s films, bookended by the 1966 epic Hawaii at 8 p.m. and the 1971 epic The Emigrants at 3:15 a.m. At 1:15 a.m., the channel lightens the load considerably with previous Cable Pick Hannah And Her Sisters, in which writer/director Woody Allen pays tribute to his idol Ingmar Bergman by casting von Sydow in a key supporting role, but the film airing beforehand goes straight to the source. Made by Bergman one year after The Seventh Seal, 1958’s The Magician stars von Sydow as the mute proprietor of “Vogler’s Magnetic Health Theater,” which rolls into a remote village in 19th-century Sweden, where he reluctantly enters into a battle of wills with a disdainful doctor out to expose him as a charlatan. What makes the film a superb vehicle for appreciating von Sydow’s craft is the way he communicates all he needs without saying a word—that is, until the time comes for him to break his silence. After that, all bets are off. Watch The Magician weave its spell at 11:15 p.m. Eastern on TCM.