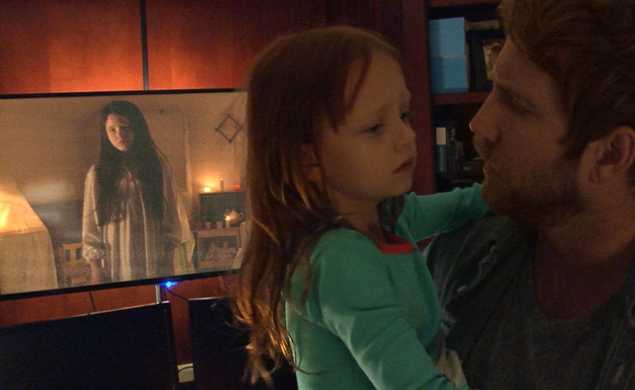 As long as there have been horror films, it’s been fun and easy to knock the choices of horror movie characters—people who run up the stairs when they should go out the door, busybodies that feel the need to look closer at the creepy cemetery on the edge of town, freaks compelled to stick their hands in awkward spaces, teens that engage in premarital sex, you know the type, and they are all so stupid. Still, good luck finding a dumber group of characters than the cadre of morons that await you within the frames of Paranormal Activity: The Ghost Dimension.

The latest—and final?—entry into the blockbuster Paranormal Activity franchise centers on a new family, the Fleeges, who, like so many other Paranormal families, are introduced to us as they’re moving into a new abode. Although moving is typically a busy and tumultuous period, the Fleeges somehow find the time during their move to: a) locate a dusty box of VHS tapes that were left at their new home, b) not throw them out, c) watch them, d) be horrified by them, and e) keep watching them. Although all of these choices are frighteningly, weirdly stupid, they are in service to the film’s plot, which is, as ever, preoccupied with the horrors of outdated technology. Aughghghg, not VHS TAPES AUGH NOOOO!

The Fleeges stumble across a batch of tapes that appear to depict young sisters Katie and Kristi, the root of all that paranormal activity and what have you, communicating with evil spirit Toby (if you’re familiar with the third film in the franchise, that’s what these tapes look like and the time period they harken back to) and generally just being creepy. Things get still weirder when the girls seem to be communicating the Fleeges through the tapes, which somehow pushes them (seriously, why?) to look for more tapes, eventually find some sort of spirit-detecting video camera, and just go whole hog on this “oops, our house is maybe haunted” thing. Oh, and they have a daughter who just so happens to be the same age as Katie and Kristi were when they first started communicating with Toby. Weird, right? 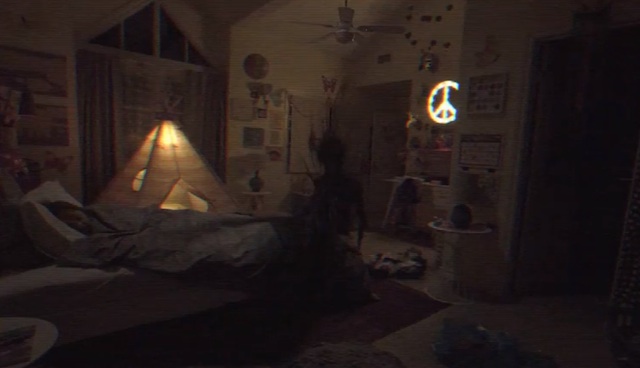