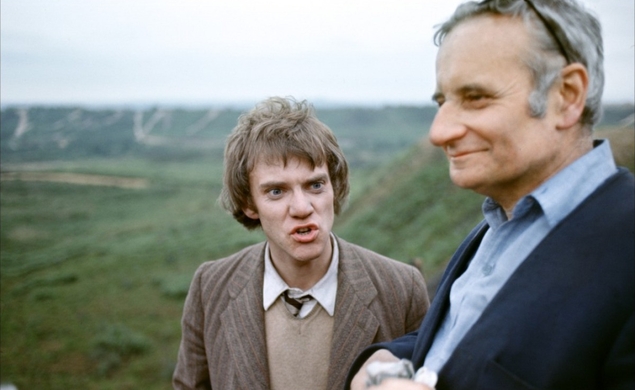 Some directors’ films exude a love for movies that can only come from a lifetime of omnivorous viewing. Edgar Wright’s always been such a director, going back to his days helping to pack the TV series Spaced with diverse movie references. So it’s no surprise that Wright would program an eclectic selection of films as June’s TCM guest programmer. An evening of Wright selections kicks off—at times literally—with the 1934 musical Dames, starring Joan Blondell, Dick Powell and others. It’s famed for its Busby Berkeley dance sequences, which includes a scene set to “I Only Have Eyes For You” in which dozens of dancers wear masks with the likeness of star Ruby Keeler. The night continues with three from the early ’70s: the Herbert Ross-directed mystery The Last Of Sheila (co-written by Anthony Perkins and Stephen Sondheim), the rarely-seen Gordon Parks film The Super Cops, and Lindsay Anderson’s O Lucky Man!, a free-ranging satire starring Malcolm McDowell and featuring amazing songs by Alan Price. Nothing really unites the four films apart from Wright’s enthusiasm, but it should make for a fine night in at the movies. (Though you might want to spread this out over several nights, though: O Lucky Man! is three hours long and doesn’t start until 1:45 a.m. Eastern.) Dames starts at 8 p.m. Eastern.