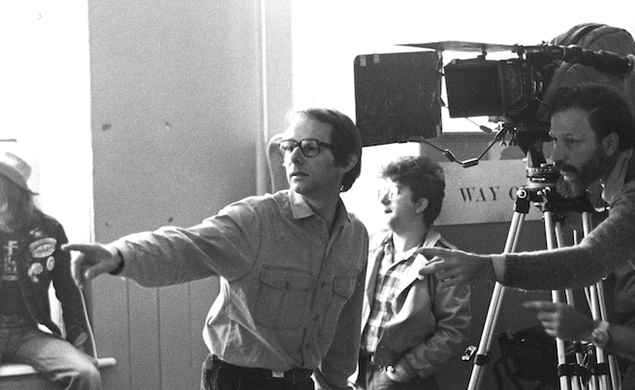 Back in October, Screen Daily reported that Jim Loach (Oranges And Sunshine) was set to direct an “interactive documentary” based on the incredible life and work of his father, Ken Loach, and while that film is still in the works, it’s now lassoed a new director. Screen Daily now reports that Dark Horse and Deep Water director Louise Osmond will direct the film, which will explore “Ken Loach’s 50-year-old career through the battles fought around his films” (the outlet specifically mentions segments involving Cathy Come Home, The Wind That Shakes The Barely, and Sweet Sixteen).

“Louise is a wonderful, observational filmmaker so she’s an ideal person to have come on board,” said Loach’s long-time producer Rebecca O’Brien at Sixteen Films, who also shared that Loach the younger had left the project because it was “too close to home” (understandable). The feature will “combine interviews with Loach and his collaborators and, where possible, detractors with footage and memorabilia from the filmmaker’s long career.” The film is also imagined as being an essential part of “a wider cross-media project exploring Loach’s legacy” and is billed as “interactive.”

The film has also locked down funding from BBC Films, and “expects the BFI (British Film Institute) to confirm its involvement at the beginning of July.”

Moreover, the film has also changed its name, from the previously announced The Flickering Flame to Ken Loach: Untitled. It is expected to go into production in July.