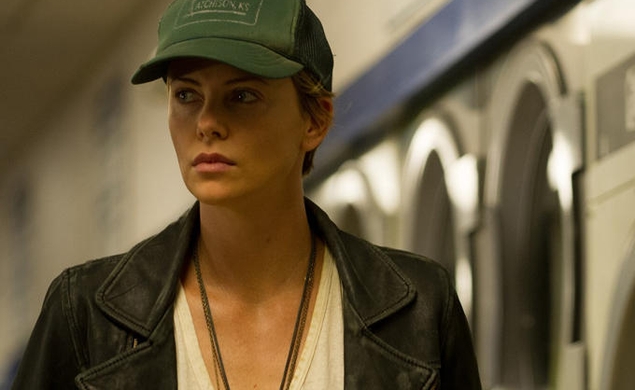 Bestselling author Gillian Flynn traffics in the creepy, the crawly, and the altogether icky, but while last year’s Gone Girl had a surprisingly low body count for a film that was ostensibly about “kidnapping” and “murder” and “marriage” (RIP, NPH), she’s not pulling similar punches in Dark Places. The new film, based on her second novel (Gone Girl was her third), is heavy on the death—including kid death, which is obviously heavy in a different way—and is generally just really, really fixated on murder.

The new Gilles Paquet-Brenner feature looks to be staying close to the source material, casting Charlize Theron as Libby Day (who, to be honest, could stand to look a little more like her grizzled Monster character, as book Libby Day is literally maimed and she sure as hell doesn’t look like Charlize Theron, but I digress), the lone survivor of a cult-tinged Kansas killing that (temporarily) captured the public’s obsession many years before. Libby was just a kid when her mother and two sisters were murdered in the middle of the night, and she later testified against her own brother (played at different points by Tye Sheridan and Corey Stoll, which is excellent casting), sending him to jail for the foreseeable future. But while Libby believes her brother is a murderer, some amateur sleuths (including Nicholas Hoult as Lyle Wirth) have different ideas.

They’re a kill club—an organization obsessed with crimes (often a particular one) and determined to root out the “real” story. That Ben Day is in prison doesn’t do much for them, and that Libby Day is part of the reason why holds even less water. When the club asks Libby for her help finding out what “really” happened, she’s soon plunged into a twisted, time-spanning journey into darkness that’s so horrific that it makes Gone Girl look like a rom-com. At least, that’s the book; it still remains to be seen what the final film will look, but this new trailer is certainly more heartening than our last look at the film.

If you have DIRECTV, you can watch Dark Places right now. Can you? Please? And report back?