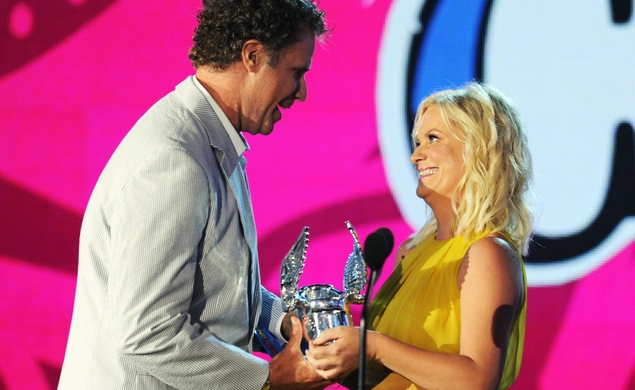 Amy Poehler and Will Ferrell are betting The House that you’ll want to see the two of them team up to do some totally illegal—but probably really fun!—stuff in their basement for your amusement. No, no, they’re not betting actual houses (come on, it’s Poehler and Ferrell, there’s no need for them to bet anything on this, it’s a comedy slam dunk), they’re betting The House, their new movie about illegal gambling and really, really bad parenting choices. It’s a pun! Go with it!

Variety reports that the Saturday Night Live stars and former Blades Of Glory co-stars will again team up for Andrew J. Cohen’s The House, in which they will star as a husband-and-wife duo who somehow piss away their daughter’s college fund and then start an illegal gambling ring from the relative safety of their basement (along with their neighbors, very block-party), all the better to make back all that tossed-away money.

The film is Cohen’s directorial debut, and he penned the film’s script alongside frequent collaborator Brendan O’Brien, with whom he wrote last year’s hit Neighbors. Cohen has previously produced features like The 40-Year-Old Virgin, Talladega Nights: The Ballad Of Ricky Bobby, and Funny People. The House will be produced by Ferrell and Adam McKay’s Gary Sanchez Productions, alongside O’Brien and Good Universe.

It really doesn’t sound like much of a gamble, does it?