Back to Genovia: Disney is planning a third Princess Diaries film 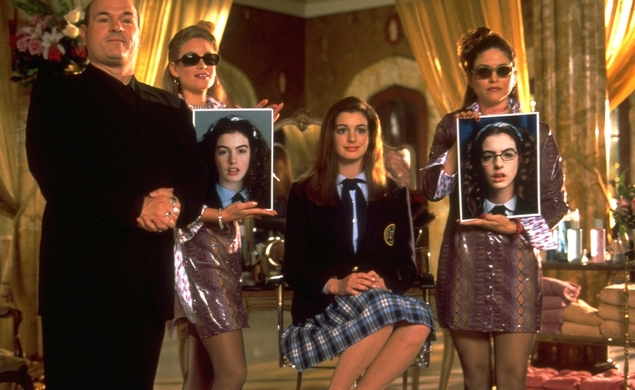 Fourteen years after the first film hit theaters, ensuring Hector Elizondo’s place in the All-Time Greatest Makeover Facilitators’ Hall of Fame (a real thing), The Princess Diaries might be crowning a brand new sequel. Don’t you love a royal union? Someone make some official china!

Tracking Board reports that Walt Disney Pictures is “officially moving forward with the third entry in the beloved” series, fueling years-long rumors that the studio isn’t done with author Meg Cabot’s YA series, even if original star Anne Hathaway might not be too excited to play an awkward teen princess again. The series, which centers on said awkward teen princess, saw Hathaway playing Mia Thermopolis, a doofy high school student who discovers she’s the heir to the fake kingdom of Genovia and a real-life princess to boot.

The outlet shares that “the plot of Princess Diaries 3 is being kept tight under lock and key, with sources telling me that the film may or may not include Hathaway, with an intention to launch a reboot of the franchise.” Whatsoever could said reboot be? We’ve got an idea.

Cabot’s book series has spawned 14 volumes (including some half volumes? I don’t know guys), with a new (reportedly more adult-leaning) novel set to come out in just three days. (Convenient, right?) While the first film was based on Cabot’s first book, the second film, 2004’s The Princess Diaries: Royal Engagement, was not based on any of the books, which makes this a touch more complicated. Even if you’ve never seen the films—and why not? they’re cute as hell—you can probably infer what happens in the sequel based entirely on its title. There’s a love triangle and an engagement and also Chris Pine is there. All very royal.

The newest novel, The Princess Diaries, Volume XI: Royal Wedding, is set five years after the previous book (which the Wikipedia machine tells me is centered on Mia’s 18th birthday, prom, graduation, and her eventual decision to attend Sarah Lawrence), and while it features a very grown-up Mia, it does also appear to introduce a brand-new character: Mia’s half-sister, Olivia Grace, the illegitimate offspring of her princely papa. Cough cough. Get it? So she is… also a princess? Cough.

If you’re going to craft a reboot around The Princess Diaries, it’s hard to ignore the perfect timing of the new book, which introduces a brand new princess who probably will also have an awkward adjustment period as she grapples with becoming a princess. We’ve done it!