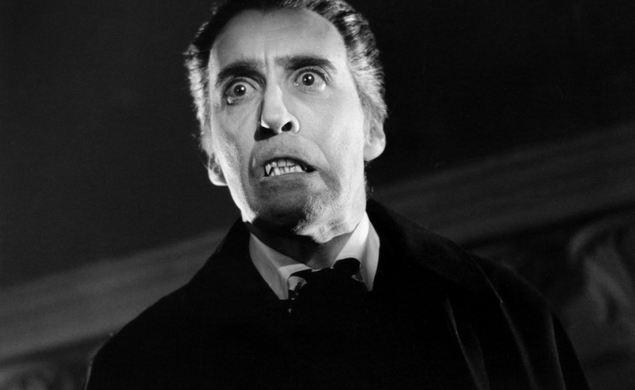 Christopher Lee was a giant. Not literally, though at 6 feet 5 inches tall, he was pretty close. But his presence loomed large in a crowded industry, and after enjoying steady work for a span of decades, the highly prolific actor secured crucial roles in what must surely be the two largest film properties of the new millennium. As Lord Of The Rings’ nefarious sorcerer Saruman and Star Wars’ exacting Count Dooku, Lee’s effortless, organic menace and sonorous voice elevated him to towering heights in the nightmares of children across the globe. He was bigger than 6-foot-5.

Christopher Lee died on Sunday morning at age 93. Birgit Kroencke Lee, his wife of more than 50 years, released the information today that the actor passed away at the Chelsea and Westminster Hospital in London due to respiratory complications and heart failure. Lee continued working right up until the end; his last screen appearance, in the terrorism drama The 11th, is currently in production.

Lee lived a hell of a lot of life before he even set foot in front of a camera. His parents divorced when he was 6 and herded him through a number of elite private schools, where a young Lee would get acquainted with England’s upper crust. As he grew into manhood, he volunteered his services for the Royal Air Force during World War II, rising to the rank of flight lieutenant. After returning from the war (during which he assisted in the tracking and apprehension of Nazi war criminals), Lee couldn’t bear to go back to his job as an office clerk and gave professional acting a go. He had performed in a handful of plays during his school years, but his first screen role came in the abstract historical romance Corridor Of Mirrors. Lee had but a single line, and like that, his career was off and running.

After about 10 years of laboring in relative obscurity, Lee scored his first major role in 1957. He appeared as Frankenstein’s monster in a treatment of Shelley’s high-horror novel mounted by a studio called Hammer Film Productions. It was there that he’d make the acquaintance of like-minded horror fixture Peter Cushing, but just as vitally, he would impress Hammer higher-ups and earn himself the role of Dracula the following year. He starred as Bram Stoker’s iconic bloodsucker in eight Hammer films, though not always of his own volition. Refusing to read the dreadful dialogue written for Dracula, Lee was instructed only to hiss and look scary in many of Hammer’s pictures. Naturally, he attempted to get out of each new production, but invariably returned when Hammer president Jimmy Carreras reminded him of how many people he’d put out of work if he abandoned the franchise.

While doing his tour of duty as Dracula, Lee also pushed countless other genre films beyond simple schlock. Most memorably, Lee played the creepy, enigmatic Lord Summerisle in 1973 cult classic The Wicker Man. His role was typical of Lee’s character work during the ’70s, combining a distinctly English sophistication with a palpable lust for blood and gore. As the years went on, Lee would maintain that The Wicker Man was his favorite film appearance.

As Lee rolled into the 21st century, he happened upon an unanticipated surge of recognition due to key roles in the Star Wars and Lord Of The Rings franchises. Raised on a steady diet of Hammer horror, Peter Jackson’s choice to tap Lee for Saruman functioned both as silent homage and tone-perfect casting. Even in old age, Lee’s booming voice and accompanying screen presence had not diminished one bit.

Lee’s undeniable talent illustrated an important and oft-overlooked point: genuine skill, feeling, and intelligence make genre-bound trash cinema into tomorrow’s underground canon. He coaxed Gothic grandeur out of low-budget B-movies, blurring the line between high and low art by the sheer force of his gravitas as an actor. Let’s look back on the bite that started it all: