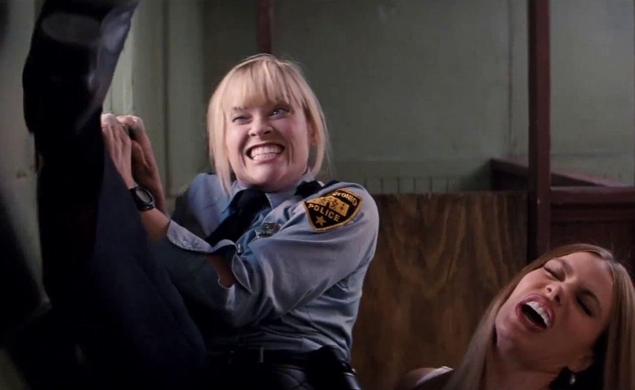 Until relatively recently, Reese Witherspoon has typecast herself as a remarkably specific sort of character. She often plays high-strung go-getters hell-bent on ascending to the top in traditionally male-dominated fields. As type-A manifestation of precocity Tracey Flick, a young Witherspoon undercut the egos of high school and politics in Election. Elle Woods of Legally Blonde is probably Witherspoon’s defining role, her can-do girly-girl muscling her way into the boys’ club of Harvard Law without sacrificing her feminine spirit or passion for fashion. From the sounds of it—and we don’t just mean the heroic pun that forms the film’s title—the upcoming project Opening Belle will follow in Legally Blonde’s feminist footsteps.

Witherspoon’s production company, Pacific Standard, has made moves with Warner Bros. to adapt Maureen Sherry Klinsky’s upcoming novel Opening Belle for the screen. The novel, due to hit shelves later this year, is loosely based on Klinsky’s lived experience as a former managing director for high finance firm Bear Stearns. As suggested by the pun in the title (Opening Belle, like as in the opening bell on the floor at the New York Stock Exchange, but also a “belle” is another term for woman, my God, the English language is such a wondrous thing), her writing puts a comedic spin on the trials and tribulations of raising three children, holding down a demanding job, and bracing for the economic crisis of 2007-08. I cannot hazard a guess as to what sort of person could find such a lifestyle “humorous,” and not “brain-fryingly stressful.” But that’s what the magic of the movies is for!

While Variety claims that the studio has “an eye to Witherspoon starring,” the actress has not yet confirmed that she’ll take the lead in Opening Belle, even though it’d perfectly fulfill her pun-destiny. It’d be a fine role for her (anything to wash away the taste of Hot Pursuit, please), and pictures like this are exactly why she helped form Pacific Standard in the first place. The house behind Wild and Gone Girl wanted more challenging, varied roles for women at the cineplex; now, it’s making it happen.