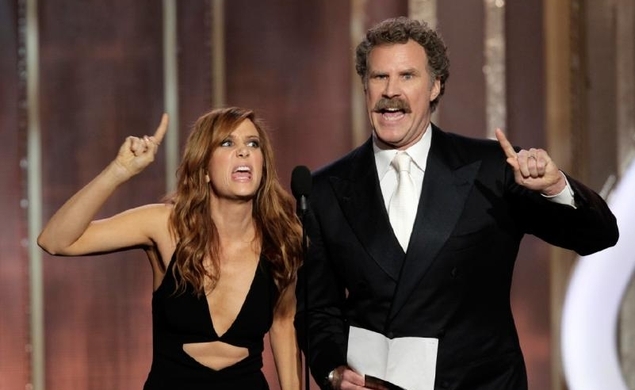 Let’s journey back to April, a heady time filled with rumors and buzz and chatter about a “secret” project that combined a mess of wonderful stuff: Lifetime movies, Will Ferrell, Kristen Wiig, top-secret filmmaking, and super-satire. Early in the month (incidentally, just a day after April Fools’ Day), a totally nutty rumor hit the wire that Ferrell and Wiig had not only conceived of a campy send-up of Lifetime films, but had already made the thing and that, yes, it was set to actually premiere on Lifetime. (Who is the joke on here? We still don’t know.) Titled A Deadly Adoption, the film promised to combine all the high drama and low sense of a good—or bad, they’re pretty much the same thing— Lifetime film, bolstered by Ferrell and Wiig hamming it up to high heaven. And yet!

Just a day later, news broke that the film was either totally happening or not happening at all, the latter possibly because Ferrell and company were mad that word had leaked that the film existed. It was all very confusing, but even though Entertainment Weekly reported directly from Ferrell that the film was off, it never seemed real, and we always held out hope that A Deadly Adoption would make its way to us.

The Hollywood Reporter shares that the film is not only set to air on the cable channel, but it will do so later this month. As has so often been the case with this particular film, the news got out thanks to either a huge, insane mistake or because the team behind it is having a lot of fun messing with the audience. A billboard on Hollywood Blvd. proclaimed not only the existence of the film, but its planned air date of June 20 (you really cannot make this stuff up). Although the billboard (which you can check out over at THR) announces that the film will air on Sunday, June 20, Lifetime has clarified that the film will arrive on Saturday, June 20 (again, you cannot make this stuff up).

Directed by Andrew Steele, A Deadly Adoption will see Ferrell and Wiig as prospective parents who take in a pregnant woman (Jessica Lowndes) in the hopes that they will be able to adopt her child. As the film’s tagline notes, however, things go very wrong, and the film will chronicle “the birth of a plan gone wrong.”