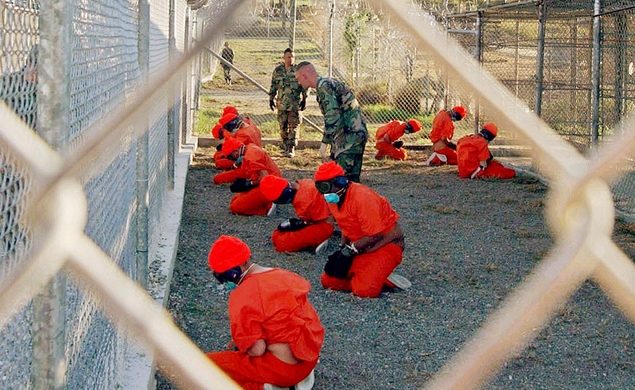 Of the many untoward things the American government has done since the dawn of the new millennium, the hideous violations of human rights that took place at Guantanamo Bay have got to be the worst. Under the auspices of the ironically named PATRIOT Act and other wartime legislation, facilitators at the military prison were permitted to freely detain suspected terrorists or those suspected to have connections to terrorists without any declaration of charges. Those held were quickly robbed of their dignity by inhumane and depraved strategies of “enhanced interrogation,” which is government-speak for “straight-up medieval torture.” Despite the fact that it provided a site for one of America’s darkest hours, Guantanamo remains active and functional, with 122 prisoners currently residing there as of January.

Mohamedou Ould Slahi is one of those 122. In 2002, he was taken from his home in Mauritania and shipped to Guantanamo so that military officials could extract the crucial terrorist secrets they believed this nomadic herder’s son and former al-Qaeda affiliate was hiding. He claimed to know no such thing, though no amount of pleading prevented his captors from allegedly subjecting him to sleep deprivation, sexual humiliation, and enough physical violence to crack his ribs. A U.S. District Court ordered Slahi’s release after years of constant abuse in 2010, but an appeal from the ironically named Justice Department overturned the decision. He’s still there.

Deadline reported last night that producers Lloyd Levin and Michael Bronner will soon tell Slahi’s harrowing tale, having recently acquired the rights to Slahi’s memoir Guantanamo Diary. The producers are no strangers to controversial subject matter; they oversaw Paul Greengrass’ hot-button productions United 93 in 2006 and Green Zone in 2010. The new film (which has no working title at present) seems like something of a passion project for Bronner and Levin, the latter describing their intentions to Deadline as “to put a very human face on a Muslim man who was considered public enemy number one and turned out likely not to be that… There is an opportunity post-9/11 for compassion, not for terrorists or terrorism, but for some kind of understanding of the majority of the 1.6 billion Muslims in this world. It is something that gets completely lost.” Lovely words in an ugly situation.