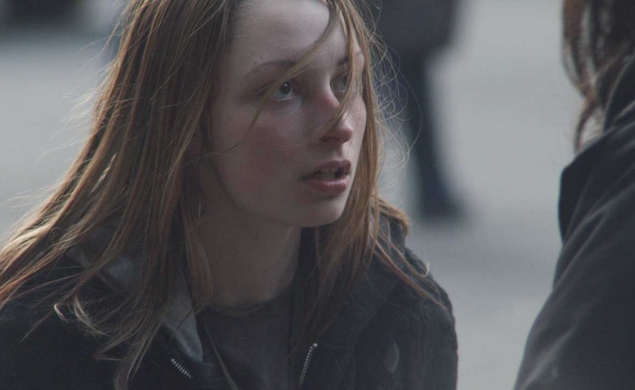 The story behind the harrowing (and Essential Viewing-certified) new addiction drama Heaven Knows What sounds almost too perfect to be true: While researching a project in New York’s diamond district, filmmakers Ben and Josh Safdie noticed a young woman named Arielle Holmes. They got to talking, and she piqued their interest with her real-life horror stories of life as a teenage junkie and survivor of abuse. The brothers Safdie realized that they had stumbled onto something powerful, and urged Holmes to commit her gritty memoirs to paper. Using computers at various Apple stores around New York, she punched up a document upwards of 150 pages. Those efforts formed the script of Heaven Knows What and will soon also spawn a formally published memoir titled Mad Love In New York City. It’s the sort of thing that’s so downright inspiring, it could only be allowed to exist in real life.

For an added layer of verisimilitude, Holmes also starred in Heaven Knows What, and it appears that this film really has changed her life forever; the role launched a fledgling career as an actress for the former heroin addict. Deadline reports that she’s now taken a new role in Andrea Arnold’s American Honey, a drama about “a runaway teenager selling magazine subscriptions [who] becomes caught up in partying, law-breaking and love.” (It’s hard not to get caught up in partying and illicit activities when living in the high-adrenaline world of magazine subscriptions!) Holmes joins previously announced lead Shia LaBeouf, though no release date or additional details have been revealed as of yet.

Holmes and her live-wire vérité energy should mesh well with Arnold’s directorial style. The director’s no stranger to hardened, volatile women; her 2009 feature Fish Tank centers on a rage-prone 15-year-old girl who enters into a doomed relationship with an adult man. The young woman who played her, Katie Jarvis, had never acted professionally before. As a fellow amateur, Holmes should be able to gel with Arnold’s spontaneous, raw, un-Hollywood sensibility.