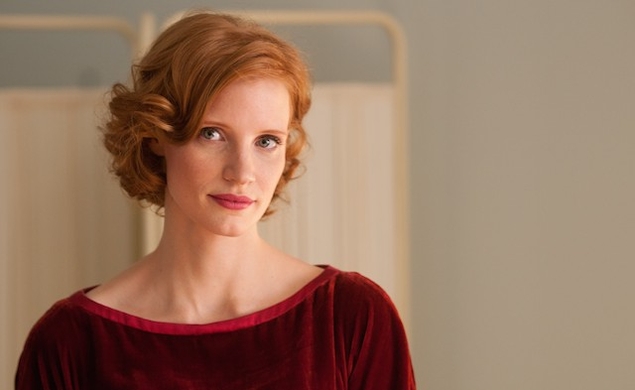 The annals of comedy history are peppered with wacky, mismatched pairs—Abbott and Costello, Laurel and Hardy, Cho and Penn, Chan and Tucker, McCarthy and Bullock, Hathaway and Carell (no, scratch that one)—and now we might be in for a nutty new duo that could blow the roof off the whole damn thing (or, at least further Amy Schumer’s uncontested reign as the new queen of comedy).

The Tracking Board reports that Jessica Chastain is set to star in Plus One, an April Prosser-penned comedy that sounds amusing enough, at least until you get to Chastain’s possible co-star and the whole thing suddenly sounds goddamn brilliant. (Can you guess her possible co-star? You can’t! Oh, I mentioned it up above? Ignore that.) Anywhatsit, Chastain is set to play a lady named Rachel (good, solid comedy name) who “finds herself lost after coming out of a long term relationship” (very relatable). Rachel’s predicament is heightened by another very relatable element: All of her friends are totally married off and no one really has the time and inclination to get ol’ Rach back into the dating pool. Left at loose ends, “she has no choice but to turn to her wild and crude acquaintance Summer to be her wing-woman and get her back into the dating scene.”

Although Schumer has not yet signed on for the film (and, frankly, even The Tracking Board’s item makes her involvement with the project sound tenuous at best), The Weinstein Company is reportedly “interested” in getting Schumer to co-star in the film. I mean, I am “interested” in being best friends with Schumer, but that doesn’t mean it’s going to happen.

The film was written by newbie scribe April Prosser, who previously served as an assistant on various series, including Southland, Human Giant, and Entourage. It will be produced by both TWC and Gloria Sanchez Productions, making it another one of Will Ferrell and Adam McKay’s forays into female-driven comedy.

Plus One does not yet have a director, though “sources confirm that the Weinstein Co. is waiting to land a director until after Chastain’s co-star is officially cast.” Oh, God, someone call Schumer’s agent already!