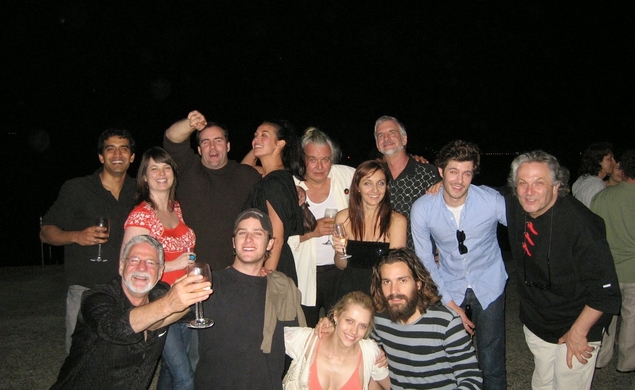 After 15-plus years of radio silence punctuated by the occasional animated children’s film about a can-do animal hero with the ability to speak English, a lot of people forgot that George Miller is a complete maniac. A little film called Mad Max: Fury Road (which our valiant Editor-in-Chief Keith Phipps enjoyed quite a bit) has done a lot to reinstate Miller’s reputation as action cinema’s pre-eminent madman in the last week or so. But even though the public’s perception of the Australian filmmaker has undergone a handful of turns over the past couple decades, the loon that won our love way back in 1979 has been there all along, waiting for the right moment to resurface.

There was a time—2007, to be specific—when Miller’s big comeback was supposed to be a Justice League film, not Fury Road. Warner Bros. had moved all of its pieces into place for a big release in 2009, with Armie Hammer signed on as Batman, DJ Cotrona as Superman, The O.C.’s Adam Brody as the Flash, and Megan Gale as Wonder Woman. With Miller behind the wheel, it was going to be a superhero cinematic event that would dwarf all that came before it. A little twist of fate, and everything could’ve gone differently.

For what I estimate will be roughly 90 minutes, audiences can live inside of that alternate timeline via an upcoming documentary about Miller’s aborted Justice League. Tentatively titled Miller’s Justice League Mortal by documentarian Ryan Unicomb, the film will attempt to give viewers an idea of what Miller’s film might have looked like in addition to exploring the confluence of circumstances (the ascendance of Nolan Dark Knight trilogy, the big WGA strike of 2007) led to its cancellation. Like Jodorowsky’s Dune last year, the documentary will be a rare window to one of genre film’s lost triumphs. There’s no release date for Miller’s Justice League Mortal on the horizon yet—Entertainment Weekly reports that “private investors are prepared to fund the film, but that a fundraising route, like Kickstarter or Indiegogo, could also be used to help make the documentary a reality”— but on the upside, we do have this beautiful photo of the cast and crew of the lost Justice League film posted by crew member Greg Von Borssum on Facebook: